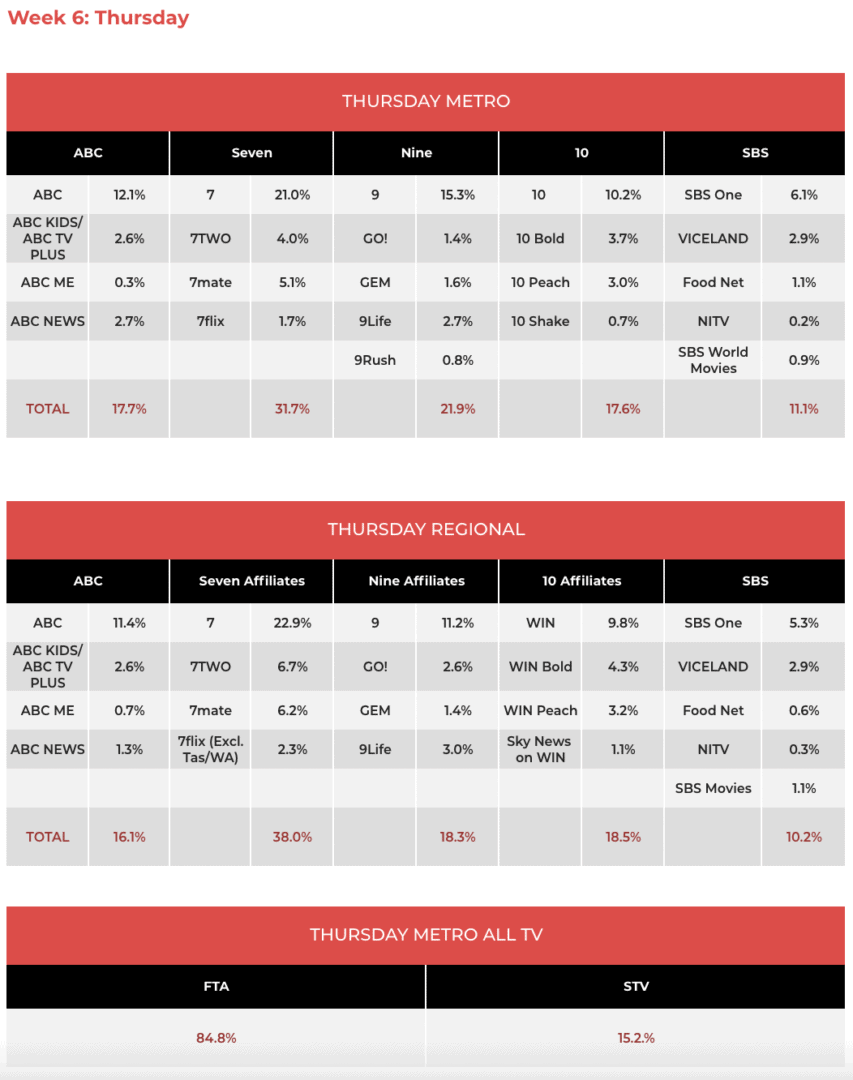 In the final days of the fading summer survey, Seven has won its fourth consecutive night of Week 6 with the penultimate cricket match of the season.

The Big Bash League play-off was played in Canberra as the Perth Scorchers were unable to use a home ground advantage because of this week’s Perth lockdown. Rain near the end of the first session shorted the match marginally, but faced with the task of scoring 200 in less than 20 overs, the Brisbane Heat stumbled early in their run chase. The combined cricket audience on Seven and 7mate was 490,000 for the first session and then 461,000 for the second.

ABC had the biggest non-news audience of the night as Back Roads starred in a new Thursday line-up. The episode was on 511,000 at 8pm.

Also part of the new-look Thursday was Q+A on a new night with 290,000 watching. The time of year and the new timeslot delivered one of the show’s smallest audiences ever. 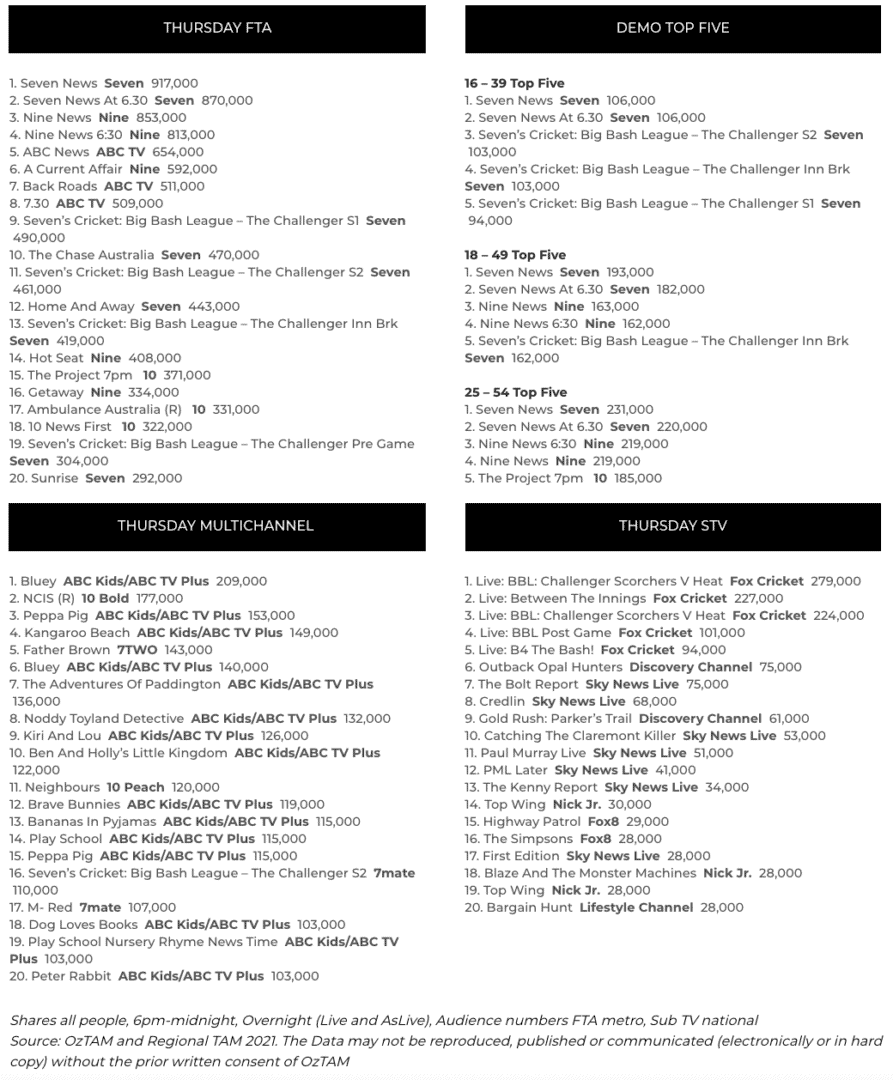