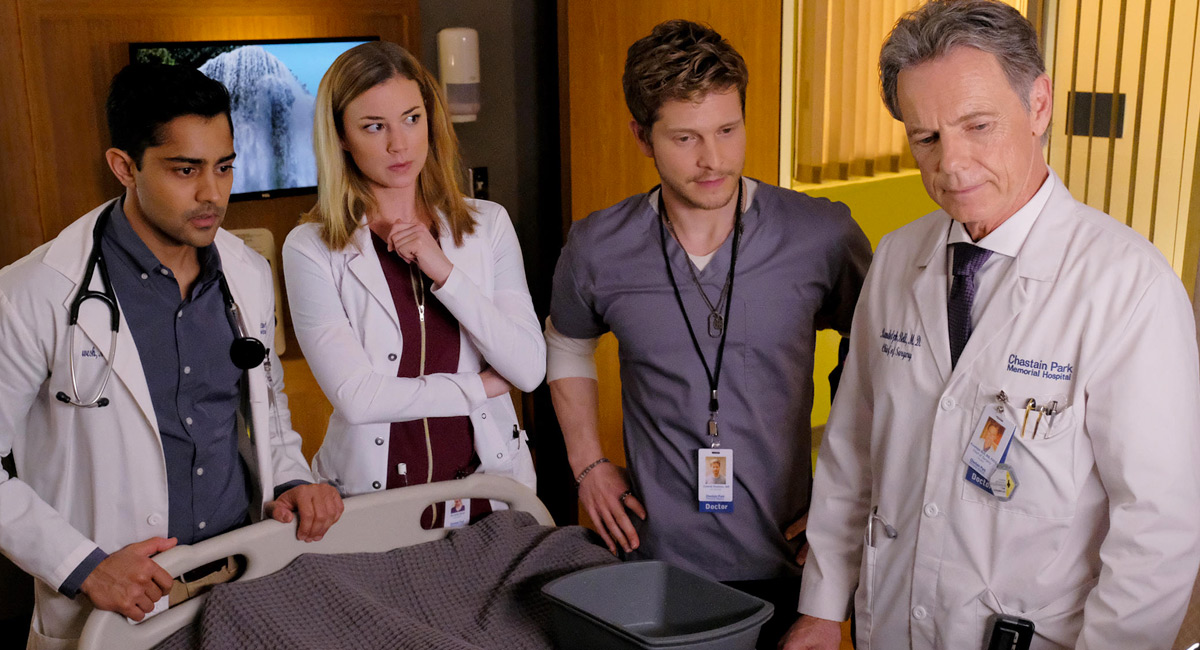 • Nine gets 1.3m as Married At First Sight plays guess who’s coming to dinner
• Second elimination on My Kitchen Rules keeps Seven series over 1m
• No second medical miracle for Seven: The Resident launches with 576,000 Episode 18 of My Kitchen Rules saw the contestants from group one return as they became the guests and jury at the MKR elimination house. The defence forces foodies Matt and Aly had an easy victory over Pat and Louise, who have departed the program. Chocolate ricotta cake was the downfall of Pat and Louise with both judges giving them 1 of out 10. Matt and Aly didn’t overly impress with a highest score of six from the judges for main and dessert, but next to their competition they were a long way ahead. The Monday audience was 1.07m after 1.12m on Monday a week ago.

The first episode of The Resident is one of Seven’s recent Fox acquisitions as it stocks its medical drama cabinet. Star Emily VanCamp has been good to Seven in the past with the hit drama series Revenge, which she featured in across five seasons. The pilot episode of The Resident was directed by Aussie Phillip Noyce and did close to 9m viewers in the US, but the numbers nearly halved for subsequent episodes. The pilot episode here did 576,000. No one would have been predicting Good Doctor-like numbers (which did over 1m on debut, has stayed there and picked up record catch-up numbers too), but Seven would be hoping for the series to hold above half a million.

Gordon Ramsay arrived later in the schedule with a visit to a hotel in Pennsylvania for Ramsay’s Hotel Hell with 203,000 watching.

It was time for homestays on Married At First Sight as the grooms received a reality check. Some handled it better than others. The Monday episode was on 1.32m after 1.29m a week ago.

Travel Guides saw the tourists in South Africa just ahead of the First Test later this week. After 375,000 last week, last night was on 673,000, which was a massive turnaround.

Steve Price interviewed Vicky Pattison on I’m A Celebrity…Get Me Out Of Here! and there was also a pirate party in the camp. The Monday episode delivered TEN an audience of 579,000 after 538,000 last week.

Australian Story featured a medical student who managed to become a doctor after his studies were interrupted by car crash that left him a quadriplegic. The episode did 608,000, up from 581,000 last week.

Four Corners examined dancing, drugs and rebellion in the Islamic Republic of Iran. The report from French filmmaker Jacques Dubois had an audience of 563,000.

Media Watch included reports on the Turnbull sex ban and the coverage of Emma Alberici’s tax report. The show did 552,000.