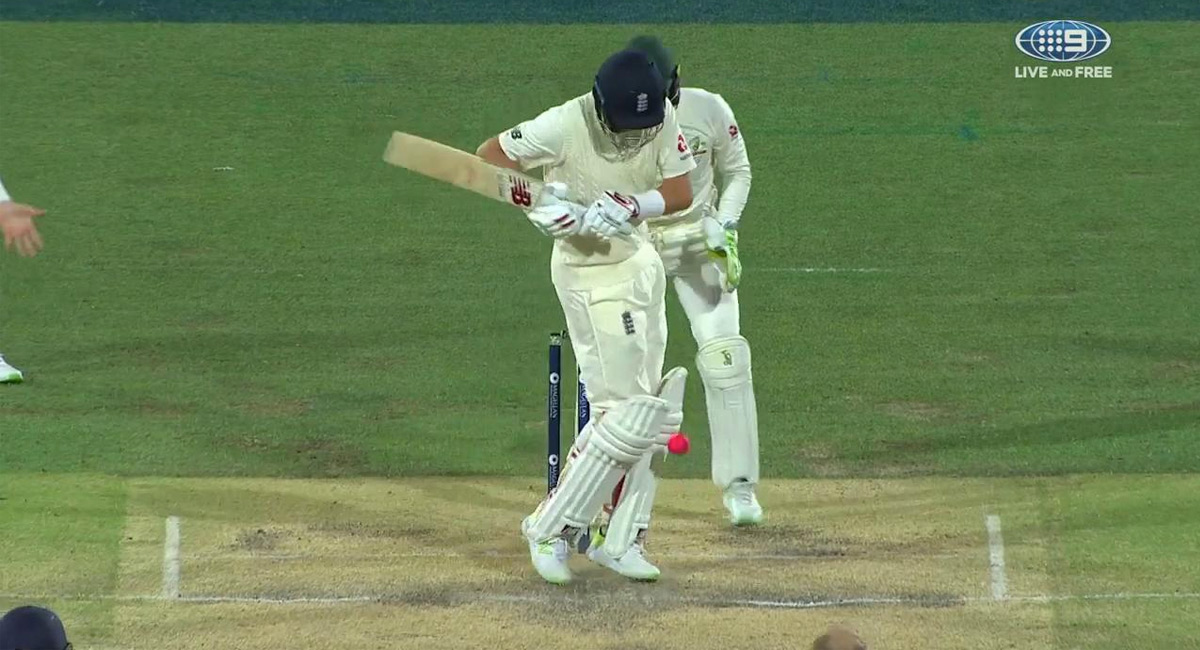 • Late night cricket again a winner for Nine with over 1.25m metro
• Seven’s The Good Doctor remains on over 1.1m despite Ashes Day four of the second test kept Nine in top spot with another bumper crowd watching the delicately poised second test between Australia and England. Melbourne provided the biggest primetime audience with 452,000 watching the third session under lights from the Adelaide Oval. 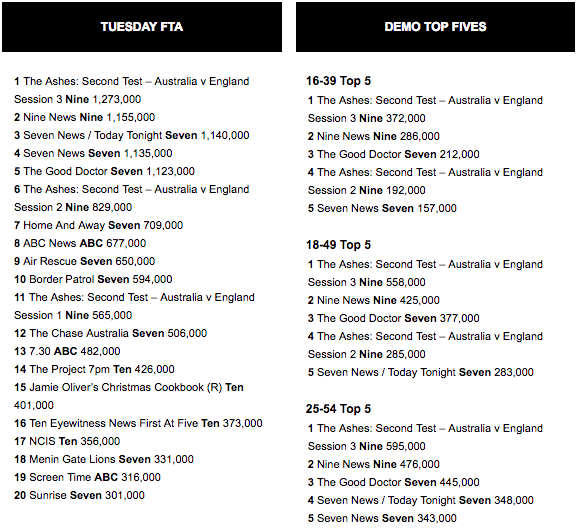 Despite the success of The Ashes coverage, Seven still managed to maintain its momentum with an out-of-survey screening of a new episode of The Good Doctor. The final episode of the year did 1.12m as the show now goes on a break until February. The series easily ranks as the most-watched drama series of 2017.

TEN’s best was Jamie Oliver’s Christmas Cookbook and The Project 7pm with both attracting just over 400,000. 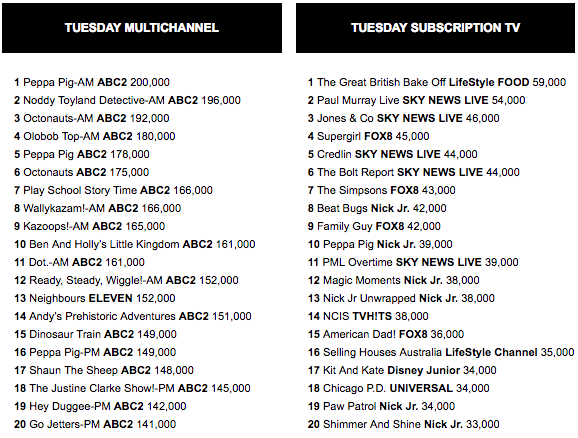 The audience for the second episode of Tonightly on ABC Comedy did 46,000 after launching with 63,000.