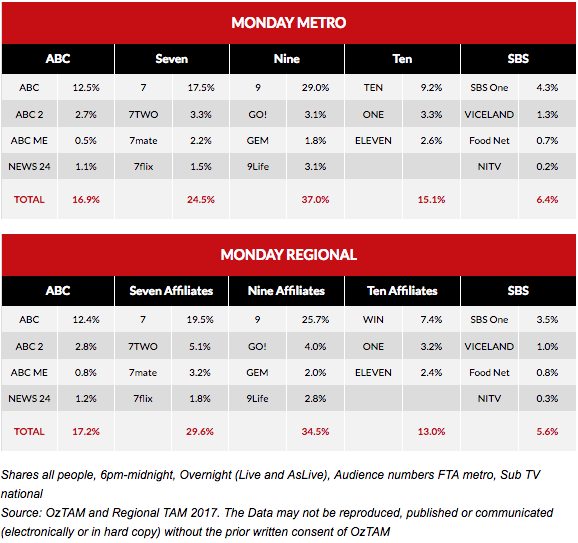 Nine was again way ahead of the competition last night with audiences loving the night session of the Ashes test. There was also reason to stay watching with England threatening to perhaps make a game of it. The post-match coverage on Nine was running close to 10.30pm.

Seven News pulled a big audience at 6pm as regular news viewers sought out a 6pm bulletin with Nine News delayed because of the cricket. 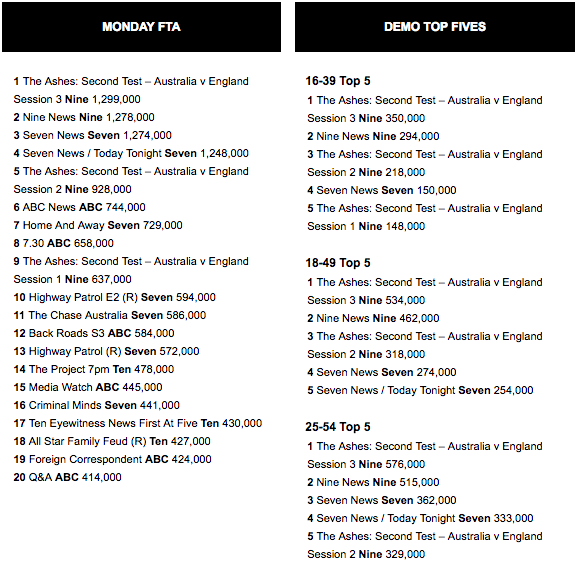 Interest otherwise last night was on the ABC where ABC2 became ABC Comedy at 7.30pm with a mix of Australian, US and UK sitcoms plus the launch of the ambitious new daily comedy show Tonightly With Tom Ballard.

Ballard hosted a funny welcoming monologue, and reminded viewers: “The world is f#$%ing crazy right now, but we have got each other, and we have got comedy.” The first episode also would have given viewers a reason to seek out the program again as it broadcast on is multiplatforms on five nights a week.

The first night audience of 63,000 is just a sample of the number viewing as the program also streams on iview, Facebook and YouTube.

The most-watched program on the first night of ABC Comedy was the 7.30pm repeat of Spicks And Specks with 108,000.

Next best was a repeat of the first ever two episodes of Upper Middle Bogan with an average of 93,000. 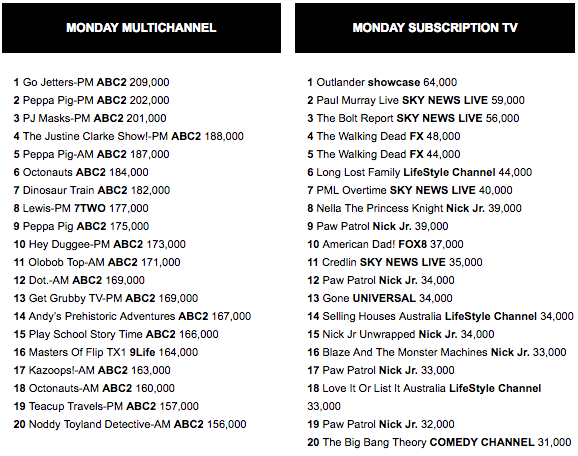 Subscribe to free daily ratings with the Mediaweek Morning Report.