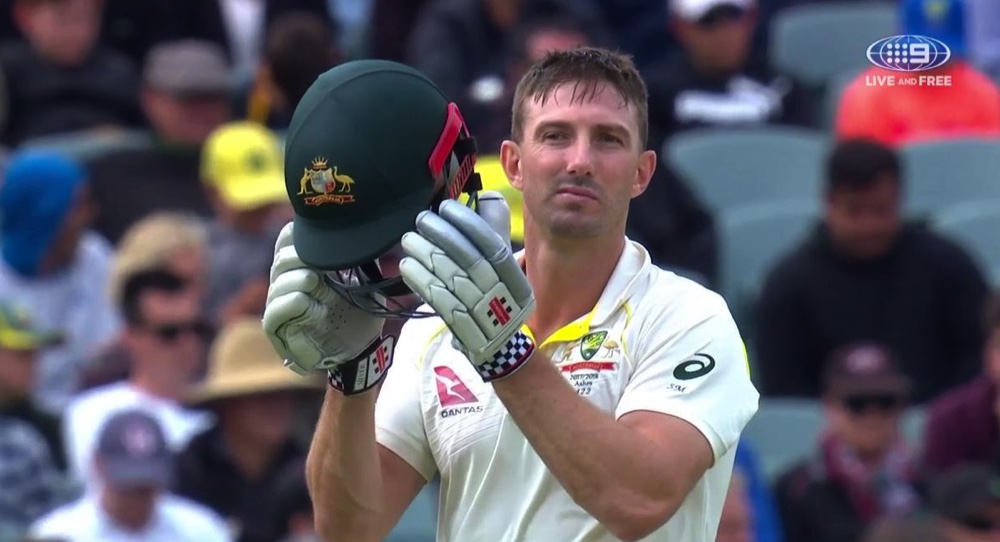 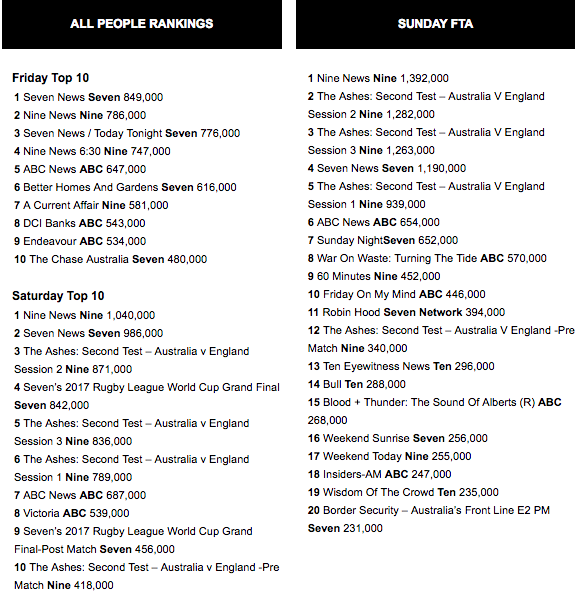 Nine had a huge night with its primary channel share narrowly ahead of Seven’s combined channel result.

The cricket dominated the evening followed by an episode of 60 Minutes.

Seven’s best after the News was Sunday Night in its early timeslot followed by the movie Robin Hood.

TEN’s best audience was its Eyewitness News followed by Bull, but both audiences were under 300,000. 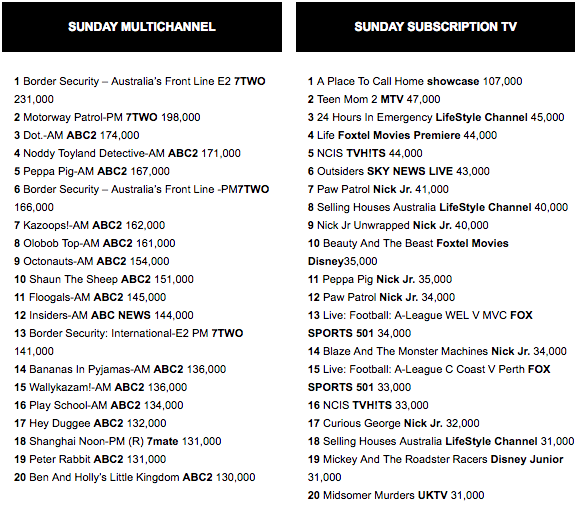 The ABC returned with an end-of-year episode of War On Waste from KEO Films, which closed down its Australian operation this year. After audiences of 750,000+ for each episode earlier in the year, episode four did 570,000. Host Craig Reucassel seemed to indicate the program could return in some form in the future.

The two-part Playmaker miniseries about The Easybeats, Friday On My Mind, wrapped with 446,000 after launching with 469,000. The second episode featured some scenes filmed outside Mediaweek HQ in Potts Point, which doubled as a London street scene.