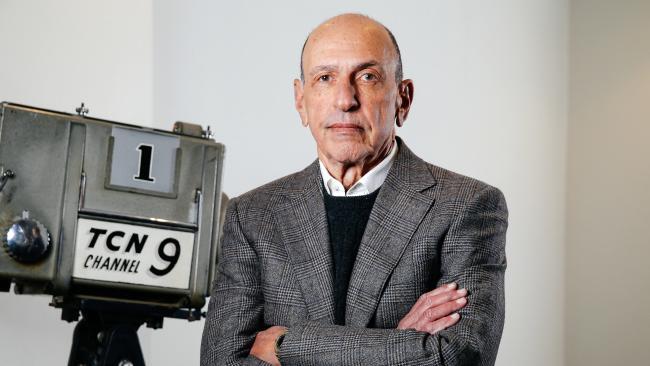 In a note to Nine staff this morning, CEO Hugh Marks said:

It’s with great sadness that I share with all of you today the news of the passing of Nine legend and Australian media industry giant Gerald Stone.

Gerald occupies a lofty pedestal in Nine’s history and a profound place in our hearts.

He was famously of course the ‘father’ and founder of 60 Minutes in Australia in 1979 – which under his remarkable leadership became a juggernaut of Australian television.

With its great story telling and high production values 60 Minutes changed the way we watched television, and launched scores of now celebrated careers. 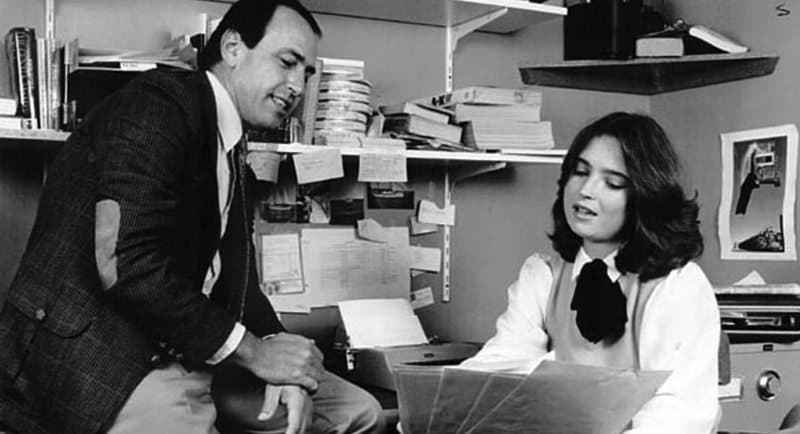 Gerald Stone with Jana Wendt in 1981

First amongst them Ray Martin, George Negus and Ian Leslie, quickly followed by, a then largely unknown, Jana Wendt. Gerald transformed them into household names – and they became his lifelong friends – with countless others to follow.

And he crafted 60 Minutes into a tour de force which four decades later remains an ongoing testament to Gerald’s capacity to produce great content through his sheer good instincts about stories, the people he chose to tell them, his gimlet eye for angles and detail and his uncanny ability to make it so relatable to a huge audience.

There’s been an army of tremendously talented people in Australian television since its arrival in 1956, but none with more impact than Gerald Stone.

All the way from Columbus, Ohio via a copy boy stint at The New York Times, Gerald came to Australia in 1962 to begin a stellar career, first at News Ltd which featured roles as diverse as foreign correspondent in Vietnam to accompanying Aboriginal activist Charles Perkins on the famous ‘Freedom Ride’ to Moree.

In 1967 Gerald joined the fledgling ABC program This Day Tonight which pioneered a dramatic new recognition & treatment of public affairs reporting in Australia.

There he cut his teeth with a bunch of other talented young reporters and presenters about to make famous names for themselves – among them Mike Willesee, Bill Peach, Caroline Jones, Richard Carleton , George Negus, Peter Luck and Mike Carlton.

In his astonishing career Gerald was later to serve at the Bulletin as Editor, Director of Current Affairs at the Seven Network, Rupert Murdoch’s Fox Network and in senior positions as an SBS director and deputy chairman in more recent times.

On top of all of that Gerald became a prolific and best-selling author with his engaging style, detail and colour.

Gerald Stone was deeply respected and much admired by everyone with whom he came into close contact. His raw American accent never left him, nor his warmth, humility and charm. But he was also a feisty character who gave as good as he got, especially in the odd colourful disagreement over programming decisions with Kerry Packer – a feat in itself.

And Gerald generously always rejoiced in the success of others – in recent years shedding tears when 60 Minutes was inducted into the Logies Hall of Fame.

His own tremendous body of work was so accurately recognised in the 2015 Australia Day awards when Gerald received an AM for ‘significant service to print and broadcast media as a journalist, television producer and author’

Something of an understatement.

On behalf of everyone at Nine, past and present, I have conveyed our profound condolences on Gerald’s passing to his wife Irene – herself a long-time friend of the Network through her outstanding involvement in the delivery of World Series Cricket and what followed in our sustained coverage over so many years.

Gerald is survived by Irene, his two children, Klay and Jennifer, and two grandchildren Louis and Gina.

See also the obituary from Michael Idato in The Sydney Morning Herald here.