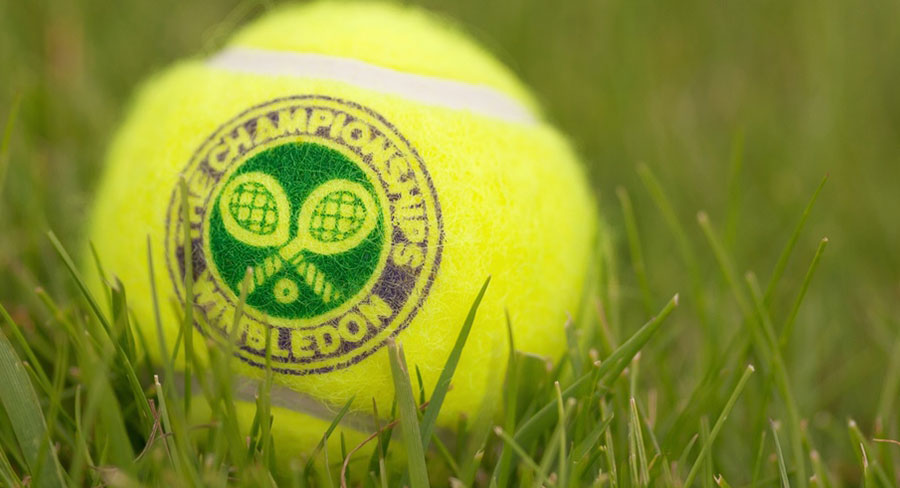 • Barty to lead Aussie charge at Wimbledon on screens of Seven

Recently crowned French Open champion Ash Barty will bid for back-to-back Grand Slam titles when she takes to the hallowed courts of Wimbledon, as fans enjoy live and free coverage of The Championships on Seven.

Now the #1 ranked player in the world, Barty is one of the favourites to win the women’s singles, while Nick Krygios is expected to lead the Australian men’s campaign in tennis’ most prestigious tournament.

Krygios won his fifth ATP title in Mexico earlier this year and his explosive game is ideally suited to grass, taking him to the quarter-finals at Wimbledon in 2014.

World No.26 Alex de Minaur and 2018 US Open quarter-finalist John Millman are among Australia’s other leading prospects in the men’s singles, while Ajla Tomljanovic and Daria Gavrilova also enter the women’s event with high hopes.

The biggest matches will be covered live on Channel 7, 7TWO, 7mate, 7plus and the 7Sport app, along with plenty of other games and highlights.

The commentary team consists of a host of the biggest names in tennis, including John McEnroe, Boris Becker, Martina Navratilova, Tracy Austin and Tim Henman.

All singles and doubles finals, as well as the singles semi-finals, will be exclusively live on Channel 7, 7TWO and 7mate.

Fans can also stream Wimbledon live on 7plus and the 7Sport app, and catch up on all the highlights and interviews on the app.

On Sunday June 30 in the lead-up to the tournament, Seven will also be airing: 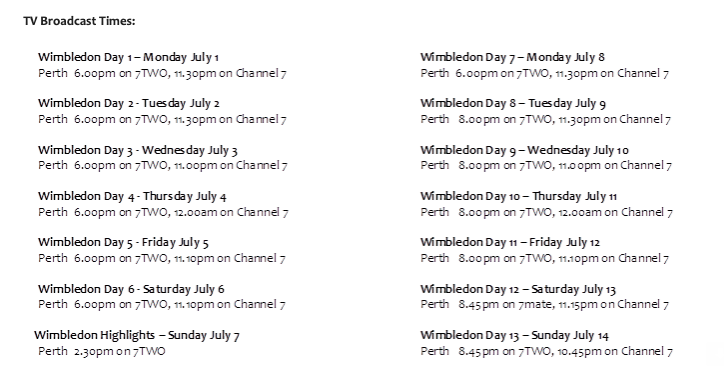