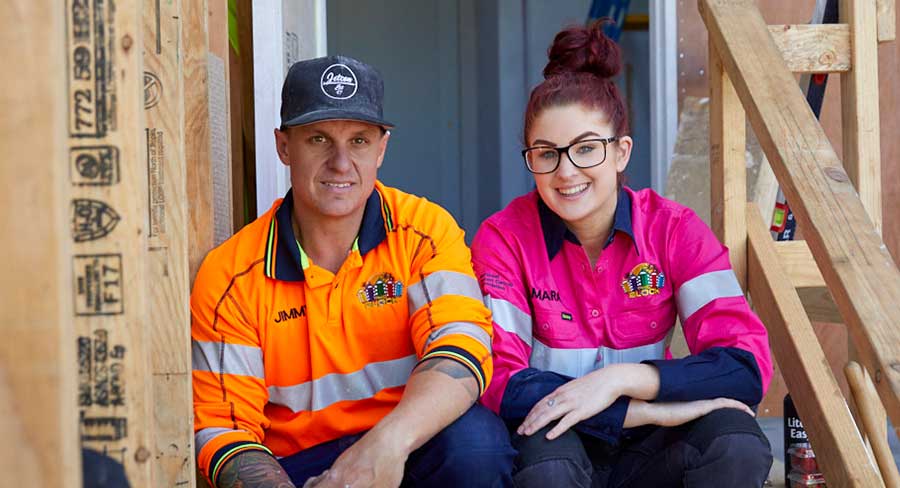 Five couples will convert five run-down houses into five opulent homes, and in a new twist, The Block 2020 will take viewers on a five-decade time warp from the dawn of the 20th century to the post-war boom of the 1950s. Five period homes from the 1910s, 20s, 30s, 40s and 50s, all in decrepit condition, will be transformed by five couples on a huge block of land in the heart of Brighton.

COVID-19 caused the first ever shutdown of The Block. Audiences will have a front-row seat to witness the way the program was able to resume production as the world dealt with the effects of the pandemic.

Julian Cress, co-creator and executive producer of The Block, said during the first Melbourne lockdown, Nine sent the contestants home, but the tradies kept working.

“Our shutdown was pretty brutal, but it was something we felt we had to do. We were very lucky that construction was allowed to continue. Work on the structural envelope of the houses continued while the contestants were away. That allowed us to start up again earlier than we might have been because the structure provided the shelter for conforming with new Covid restrictions. We were able achieve the necessary physical distancing. That exemption from lockdown for construction probably saved us and allowed us to get the show in the can before the disastrous second wave hit. We managed to finish filming with just a week to spare before the second lockdown.

“There have been other productions that have suffered much more than we did as they have not been able to complete.”

Cress and his co-creator David Barbour will see the show wrap just before the end of the ratings year in November. Despite the impact of Covid, they have still been able to deliver around 50 episodes. The series ran for 47 in 2018 and 57 in 2019.

“This year it feels to me like it is the right show at the right time. Statistics from the ABS show that people locked up in their own homes and not allowed to travel have saved something like $38b which many are looking to spend on their own homes. A show like ours that is full of ideas about what to do with your own home at this time might be just the thing they need.”

While Cress looks after filming during construction, Barbour is in charge of post-production. He’s well ahead of schedule this season too. “David is currently editing episodes for the last week of the show which won’t be on air for 12 weeks. He started editing as we started shooting way back in February and he’s way ahead.”