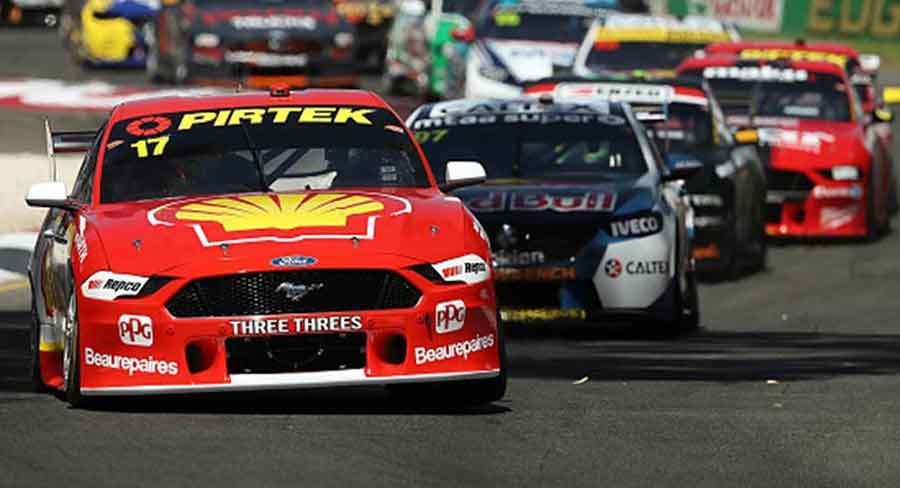 • In the final season of Holden vs Ford, the 2020 Supercars championship returns to the grid

Racing will return on Foxtel on Saturday, June 27 with the Supercars BP Ultimate Sydney SuperSprint which will be followed by the Formula 1 and MotoGP.

In the final season of Holden vs Ford, the 2020 Supercars championship returns to the grid with Scott McLaughlin chasing a three-peat, Shane Van Gisbergen switching from challenger to champion, and Jamie Whincup pushing his claim as the greatest of all time with an eighth title.

On the ground for the Supercars coverage at Sydney Motorsport Park will be host Jess Yates alongside experts Mark Skaife, Neil Crompton, Craig Lowndes and Mark Larkham. 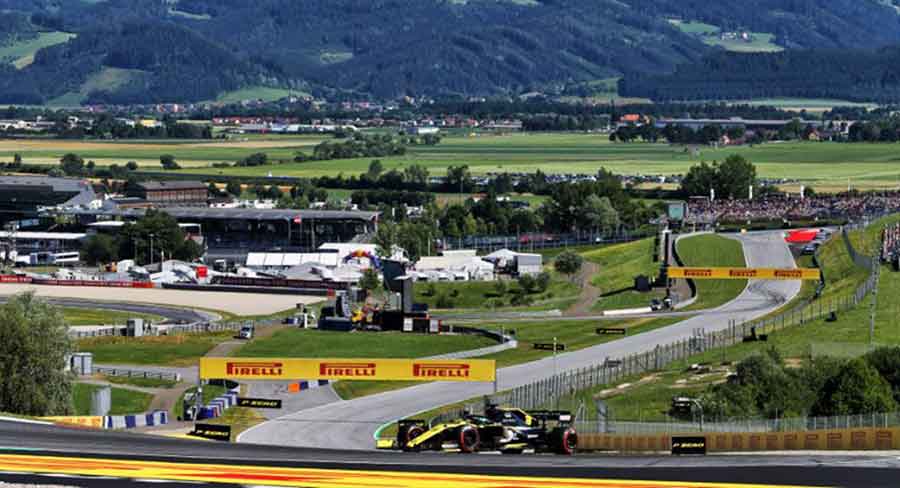 A three-race sprint format will take place across two days of track action and every session is available with no ad-breaks during racing on Foxtel and Foxtel Now.

Supercars Sidetracked will be hosted by Jess Yates and Experts Mark Skaife and Neil Crompton when they do a full preview of the Sydney SuperSprint on Monday, June 22 at 7.00 pm on Fox Sports 506.

On July 3 the 2020 FIA Formula One World Championship will finally begin it’s 2020 season when Lewis Hamilton begins his quest to equal Michael Schumacher on seven Driver’s World titles when the Red Bull Ring in Austria hosts the opening two races of the season on consecutive weekends.

Every Formula 1 session will be live on Fox Sports with exclusive access to F1 pundits Martin Brundle, Damon Hill, Jenson Button and Johnny Herbert before and after each session. In the MotoGP Aussie Jack Miller will be out to take down Marc Marquez and the Repsol Honda team when MotoGP racing resumes from July 17 at Jerez in Spain. Host Chris Stubbs will be joined by Chris Vermeulen and Kevin Magee for each race on Fox Sports. 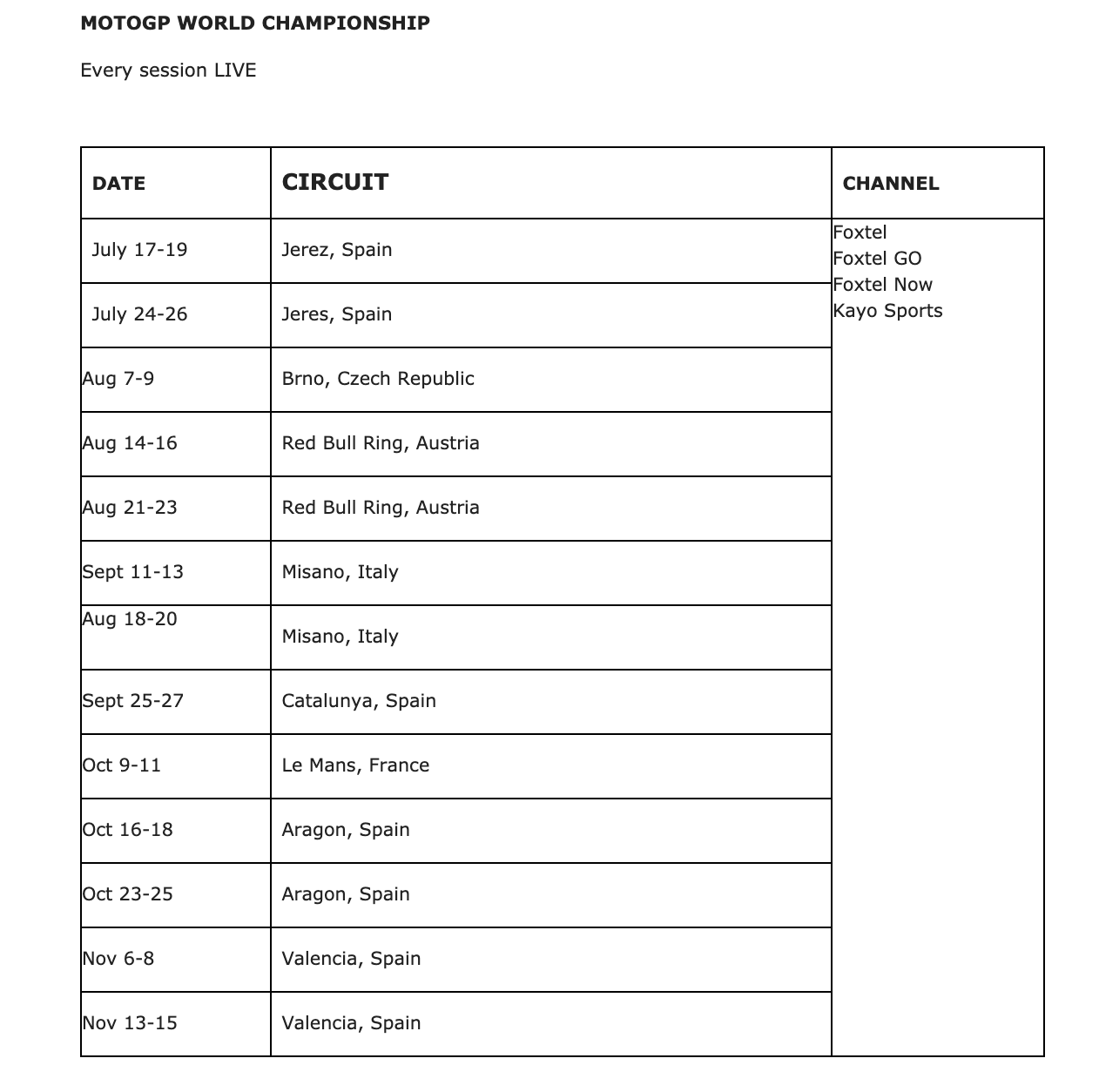