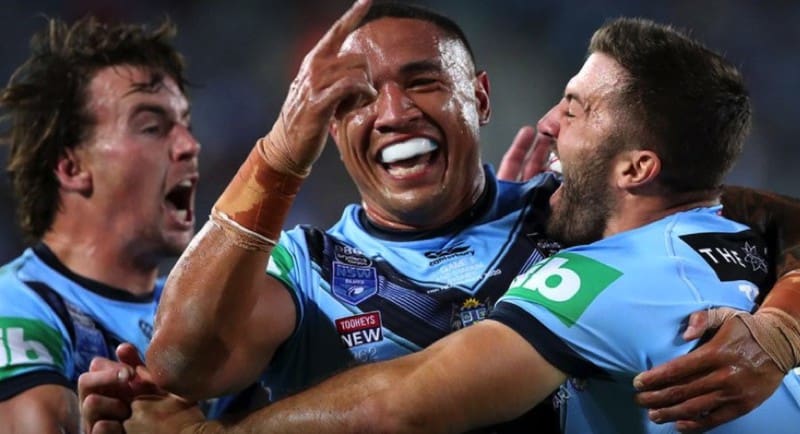 • Game 3 will be shown live from Suncorp Stadium

The Today Show’s Karl Stefanovic will be co-hosting alongside James Bracey with Ray Warren calling the action.

Nine will be broadcasting from Suncorp Stadium as the NRL’s showpiece event returns to QLD after game one was in Adelaide and game two last week was in Sydney.

While Queensland went in as underdogs the series is tied at one win apiece as NSW coach Brad Fittler will be looking to make it three series wins in a row.

James Tedesco will play his second match as the Blues’ new captain and will lead out a side that is unchanged from their dominant win in game two.

The Queensland team has made two changes, bringing in Corey Allan and Harry Grant with Wayne Bennet looking to turn his side’s fortunes around.

Comedy duo Roy and HG have joined Wide World of Sports for the 2020 State of Origin series to deliver a special segment for all three games revisiting their greatest memories in the 40-year history of the series.

Viewers will have the option to stream the game live on 9Now and the supplementary streams return, this time focusing on individual players.

State of Origin on Fox League

Before and after every game of the 2020 series Yvonne Sampson and her expert panel consisting of Michael Ennis, Cooper Cronk and Paul Kent will dissect all the key moments Live on Fox League.

New South Wales have been heavily backed to win the State Of Origin decider against Queensland.

NSW holds six-times more money than the Maroons. The Blues also have attracted four-times as many bets for the Suncorp Stadium decider.