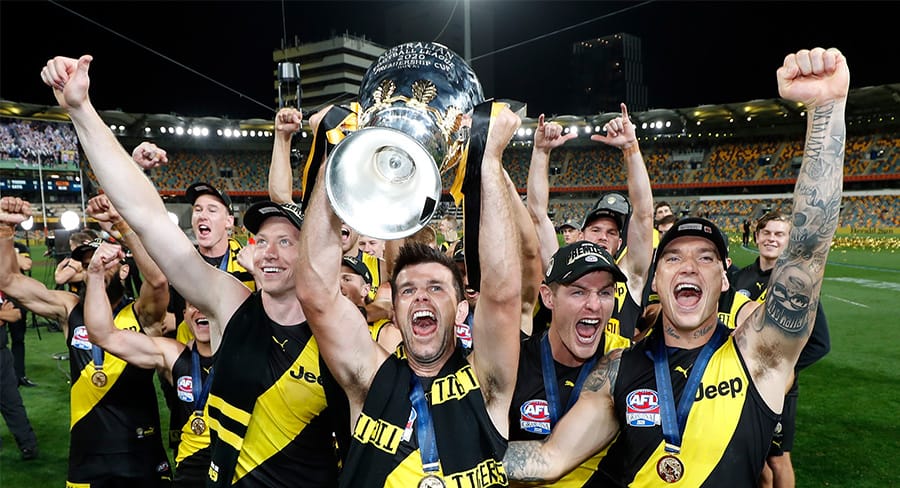 The 2021 AFL season will kick off when Richmond takes on Carlton on Thursday, March 18 and run untill Saturday, September 25, with every match shown on either free-to-air or pay television.

Where can you watch the AFL?

TV coverage will be split between Fox Sports and Seven who holds the free-to-air rights, including to every finals game.

Seven will show up to five live matches per week, with Foxtel broadcasting every game on either the Fox Footy (504) or Fox Sports 503 channels.

Every game except for the grand final, will be streamed on Kayo Sports and Foxtel Now.

Fox Footy will continue to offer a robust AFL schedule in 2021 and has also made some changes to its team.

Hosted by Garry Lyon, Sarah Jones, Kelli Underwood and Kath Loughnan Fox Footy’s weekend of live action begins before the first siren and continues until the locker rooms are empty on a Sunday.

Read more: Fox Footy all set for 2021: Ready to adapt and be agile if needed

Every coach will again join Gerard Whateley and Mark Robinson and the AFL 360 team on Monday nights ahead of a huge week of big name guests.

On The Couch celebrates its twentieth year on air with original host Gerard Healy still at the helm. He is joined by Lyon, Jonathan Brown and Nick Riewoldt.

Dermott Brereton will host new show Dermie Delivers – a weekly look back at two of the biggest stars and their best games.

The First Crack will beat everyone else to the finish line on Thursdays and Fridays after the game and on Sundays after Bounce. The revolving panel of Fox Footy experts will offer fans their first fix on all games and stories.

Anthony Hudson, David King and Brereton will begin the biggest day of footy with Saturday Countdown.

Saturday Stretch after Saturday Footy on Fox will round out the night for footy fans. Loughnan, Brad Johnson, Jordan Lewis and Tom Morris will provide the best wrap of the day.

Fox Footy and Kayo will for the first time ever also offer game day Minis for all nine games. The shortened version of the match allows fans to catch up on all the action and highlights in less than 20 minutes.

The major change at the free-to-air channel is that Brian Taylor will step into McAvaney’s shoes as the lead caller on Friday nights.

Taylor will be joined by James Brayshaw, Hamish McLachlan and Luke Darcy as the network’s lead commentators.