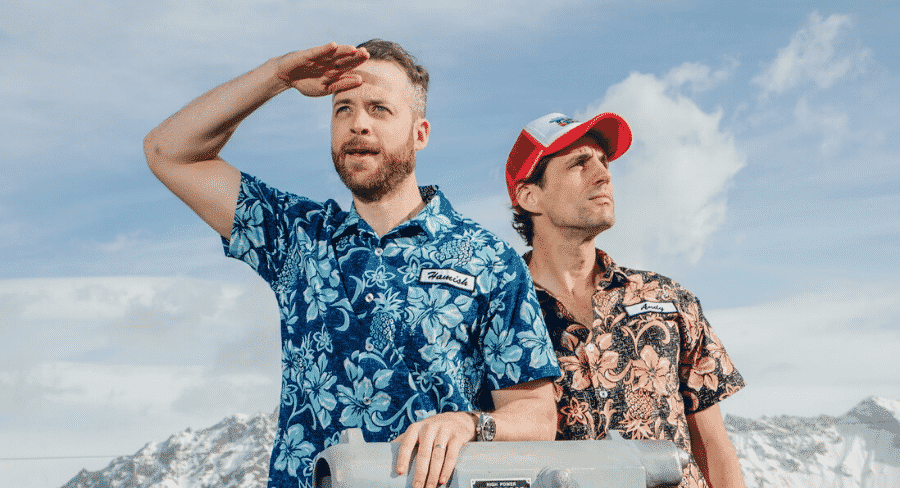 • The show premieres Sunday, November 17, at 7pm on Nine

Now, they’re back on the road in North America for Hamish & Andy’s “Perfect” Holiday, premiering Sunday, November 17, at 7pm on Nine and 9Now.

Their latest adventure will see the boys journeying from the depths of the Canadian wilderness to the peaks of the Colorado Rockies, where they’ll meet a variety of unique, interesting and just-plain-crazy Americans along the way.

Every day they’ll take it in turns to reveal what extraordinary, idiotic or downright dangerous activity is planned for the other one, and together they’ll create their “perfect” holiday.

During the first five days of their trip, Hamish takes Andy “Figure-8 Bus Racing” in Monroe, Washington. Andy surprises Hamish with what he thinks is a boxing match in Las Vegas – but turns out to be a fight with the world’s hottest chilli. Hamish plots an elaborate scheme that allows Andy to exact revenge 10 years later on an old foe in Texas. They meet a real-life Wolverine in Alaska. And Hamish takes Andy back to Vegas with an unbeatable plan that he believes could take down a casino.

In the middle section of their trip, Hamish and Andy go dogsled racing on a glacier in Alaska. They assemble a crack team of treasure hunters to find a real $5 million treasure buried somewhere in Colorado. Hamish treats Andy to a local delicacy in Kentucky. They road-test a new pizza-delivery system while launching cars off a cliff.

And Hamish convinces Andy to join him in a bold new business idea that takes them from the icebergs of the Arctic to the flashy bars of Los Angeles.

On the final leg of Hamish & Andy’s “Perfect” Holiday, the boys set out to find Bigfoot in Canada. They meet musicians in LA who create music exclusively for animals. Andy treats Hamish to a day of learning at an auctioneering school in Dallas. And finally, Hamish surprises Andy with what could be their biggest and most gruelling challenge ever: cycling to the top of the highest road in North America … on a tandem bike.