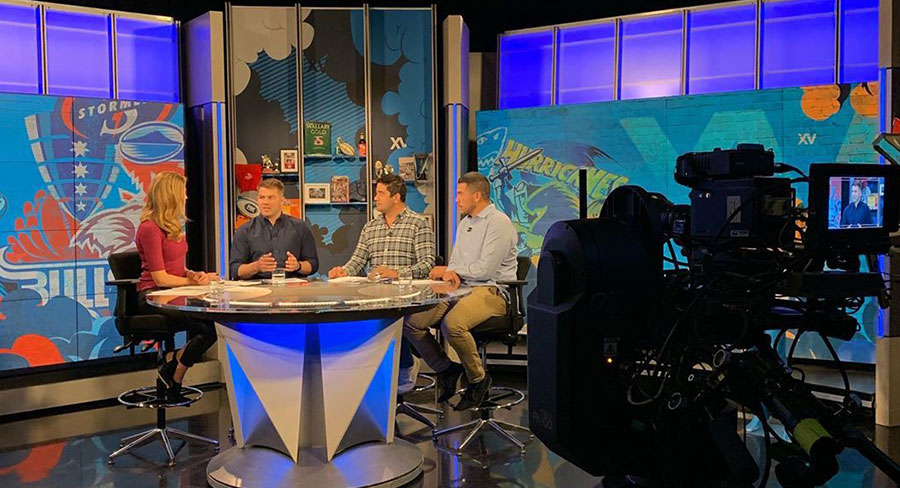 The Brumbies and the Junior Wallabies will fly the flag for Australian rugby when they take on the best in the world this weekend exclusively live on Fox Sports, on Foxtel.

Starting tonight, the 2019 Vodafone Super Rugby Finals come to life with a New Zealand derby when the defending champion Crusaders host the Highlanders. In studio Fox Rugby’s Drew Mitchell, Stephen Hoiles and Justin Harrison will be hosted by Nick McArdle from 5pm AEST.

On Saturday, the Brumbies will carry the nations hopes of Super Rugby glory and Fox Sports will build up to kick-off with a special pre-game panel featuring George Gregan, Tim Horan, Rod Kafer, Phil Kearns, Greg Clark and Nick McArdle all live from GIO Stadium, Canberra from 5pm ahead of the Hurricanes vs Bulls, before the Brumbies vs Sharks from 7.20pm.

Fox Rugby expert commentator and former Brumbies captain, Stephen Hoiles, said: “The Brumbies go in as favourites but the Sharks will be up for a fight and have proven they are more than capable of pulling off an upset this season.

“The Brumbies will need to weather the storm early and be patient. They can apply pressure with their scrum which will lead to penalties and their potent driving maul, which has been their main point scoring weapon all season.

“Rory Arnold leads their forward pack by example and his influence at the set piece will be crucial to the outcome of this match. Despite the praise that the Brumbies forwards receive they’re quite a well-balanced team across the park with backs Christian Lealiifano, Tevita Kuridrani and Tom Banks all in great form.

“It’s going to be a physical game on a cold night down in Canberra, I’m expecting a close scoreline and the Brumbies to prevail and continue into week 2 of the finals.”

Then on Sunday morning the next generation of Wallabies will take the final step on their road to World Rugby U20 Championship when the Junior Wallabies take on France in the Final.

Fox Rugby’s Andrew Swain will call the game live from Rosario, Argentina with coverage on Fox Sports 506 and Foxtel GO.

World Rugby Under 20 Championship Final
Australia vs France
4.20am: LIVE on FOX SPORTS 506, catch up on Foxtel GO