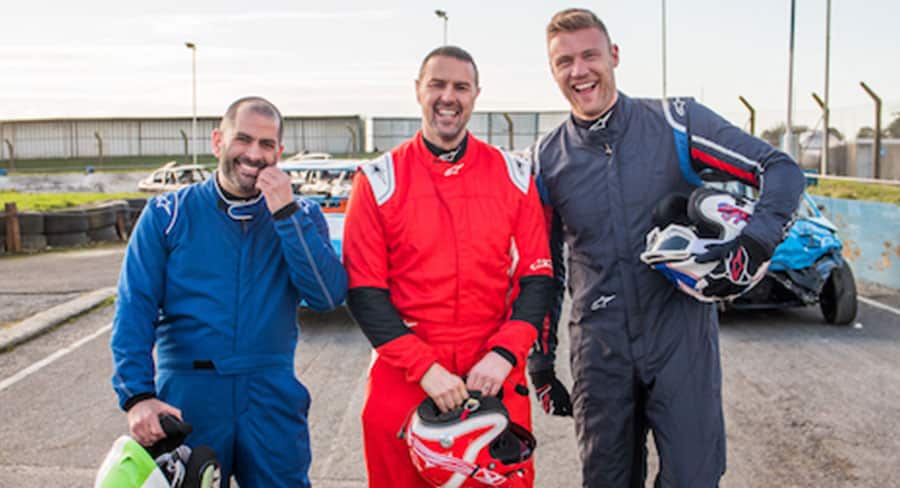 • 9Rush, Australia’s latest multi-channel, will be designated as Channel 96.

Successive Foxtel chief executives over the years have strategised how to build subscription TV penetration into Australian homes. As if the current team doesn’t have enough problems keeping existing customers at present, now a new 21st FTA channel is presenting viewers with much content formerly only available for a cost.

Nine will launch 9Rush, which it is calling the new home of high adventure, high octane and high adrenaline reality programming, in partnership with Discovery on Sunday April 5 at 7pm.

9Rush, Australia’s latest multi-channel, will be designated as Channel 96. It won’t be available on the Foxtel platform, something that Foxtel iQ4 satellite subscribers will find frustrating as neither is Nine’s Gem or 9Life.

9Rush will commence at 7.00pm on Sunday, April 5 with the exclusive premiere of the new series of Top Gear UK, featuring Australia’s favourite British import, Freddie Flintoff (who is part of the commentary team on Australian Ninja Warrior).

For anyone with a taste for adventure, a need for speed or who enjoys the thrill of the chase, with Discovery’s extensive back catalogue of globally renowned, premium real-life entertainment content, this is the channel for you.

All titles are brand new, free-to-air-first programs that feature characters who must be seen to be believed.

Whether it’s digging for riches in Gold Rush: Parker’s Trail, street racing in Oklahoma with Street Outlaws, kicking in doors with the police in the USA on Live PD, transforming rusty wrecks into one-of-a-kind rides with Kindig Customs, or extreme survival off the grid in the wilderness with Alaskan Bush People, 9Rush will be your 24-hour male reality obsession.

It will also include free-to-air, premiere episodes of Running Wild with Bear Grylls, which documents the survival instructor’s return to the wilderness, battling the elements with a host of Hollywood celebrities, and Man vs Wild, Grylls’ breakout show – where he tackles seemingly impossible challenges in the most remote parts of the globe.

“At Discovery, we’re dedicated to powering the passions of our audiences with the best in real-life entertainment,” Rebecca Kent, general manager, Discovery Australia, New Zealand & Pacific Islands, says of the extension of Nine and Discovery’s existing partnership.

“Action and adventure is a huge part of our DNA and we’re proud to be bringing our globally renowned and loved programming to 9Rush. We look forward to strengthening our partnership with Nine and connecting new viewers to Discovery’s powerhouse programs.”

“Nine are thrilled to partner with Discovery to deliver premium, free to air first content. As a global leader in real-life entertainment, Discovery’s dedication to serving audiences with content which inspires, informs and entertains is second to none,” said Nine’s program director, Hamish Turner.

“The deal will deliver Nine and 9Now thousands of free to air premiere episodes. 9Rush audiences will be spoilt for choice, with an extensive range of high action and adventure programming, available on Australia’s latest channel and available free on 9Now.”