There is a new #1 on the TV Demand charts this week as the Umbrella Academy has completed its run up the ladder after releasing its second season on Netflix on July 31.

The show completed the same feat last year after the release of season one on February 15. The series revolves around a family of adopted siblings who were all born on the same day and each has a unique superhuman ability. The estranged siblings come together after the death of their adoptive father and deal with the foreshadowing of the end of the world.

The new streaming platform Peacock from NBC has its first show on the TV demand charts with Brave New World entering the Digital Originals chart in NZ.

The show is an adaptation of the 1932 novel of the same name by Aldous Huxley and imagines a utopian society that has banned monogamy, privacy, money, family, and history.

All nine episodes of the shows first season was released on the new digital platform on July 15 and will be available in Australia on Amazon Prime video on September 11. 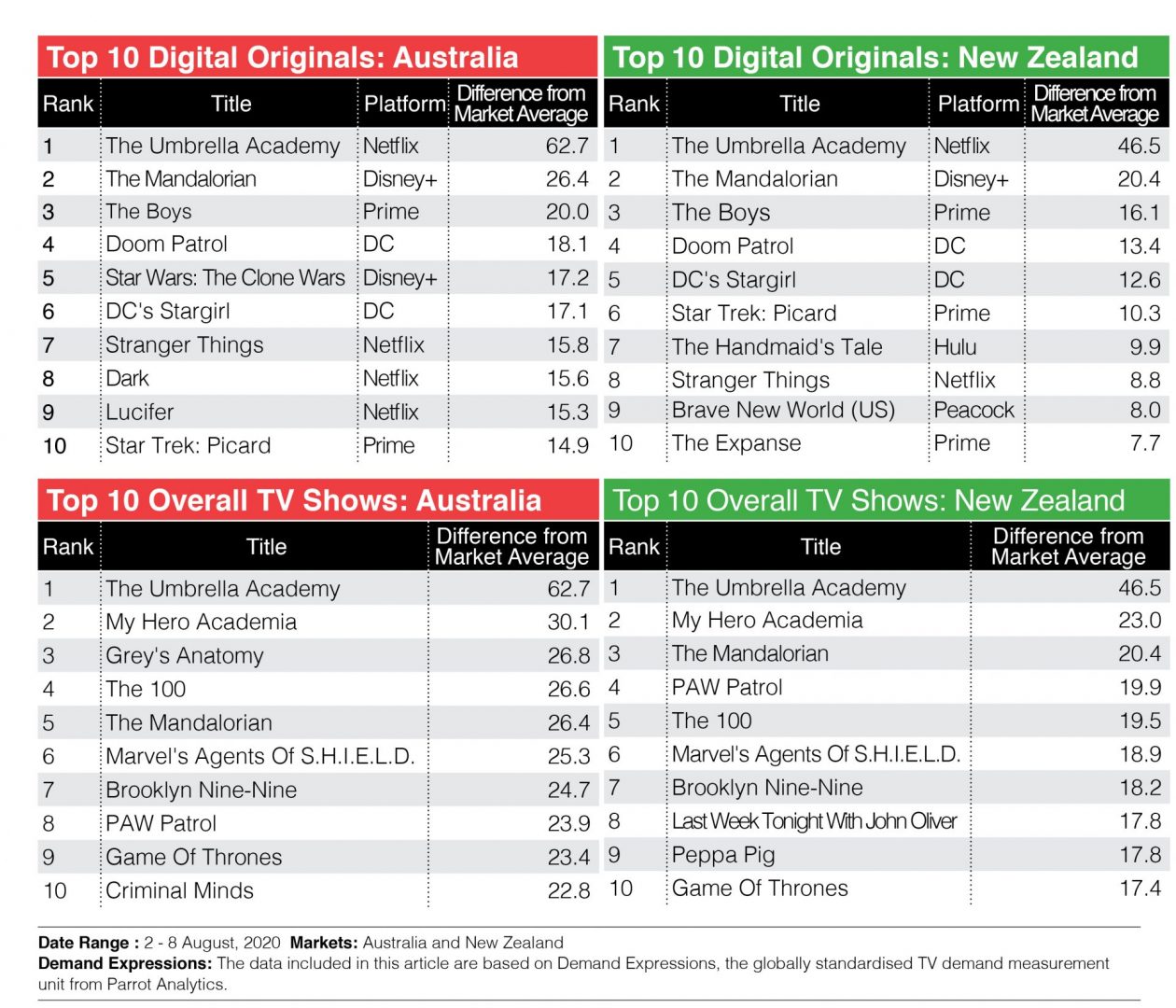