Last week it slipped, but this week The Mandalorian has completely fallen off the top of the mountain after 17 weeks of TV Demand chart dominance. After dropping from the top spot on the Overall TV chart in Australia last week it has now lost ground on the other three charts as an impressive run comes to an end for the Disney+ original.

We have a new show on top of the Digital Originals chart with Star Trek: Picard taking over the number one spot after biding its time since its first episode premiered on January 23.

The show is set 20 years after the events of Star Trek: Nemesis (2009) the last film to feature Captain Jean-Luc Picard which saw the destruction of the planet Romulus and the death of the android Commander Data. The show is created for the CBS All Acess platform but is shown in Australia on Amazon Prime Video.

The show which has made the biggest impression this week is Westworld which has rocketed up the Overall TV charts after premiering the first episode of its third season on March 15. The show, based on the 1973 film of the same name and to a lesser extent the 1976 sequel Futureworld, revolves around a fictional, technologically advanced Wild-West-themed amusement park populated by android hosts. The third season adds Breaking Bad star, Aaron Paul, to the cast and can be seen on Foxtel’s Showcase channel.

Also new to the charts is Netflix’s comedy-drama On My Block which released its third season on March 11. The show centres around four friends starting high school in a rough inner-city Los Angeles neighbourhood. 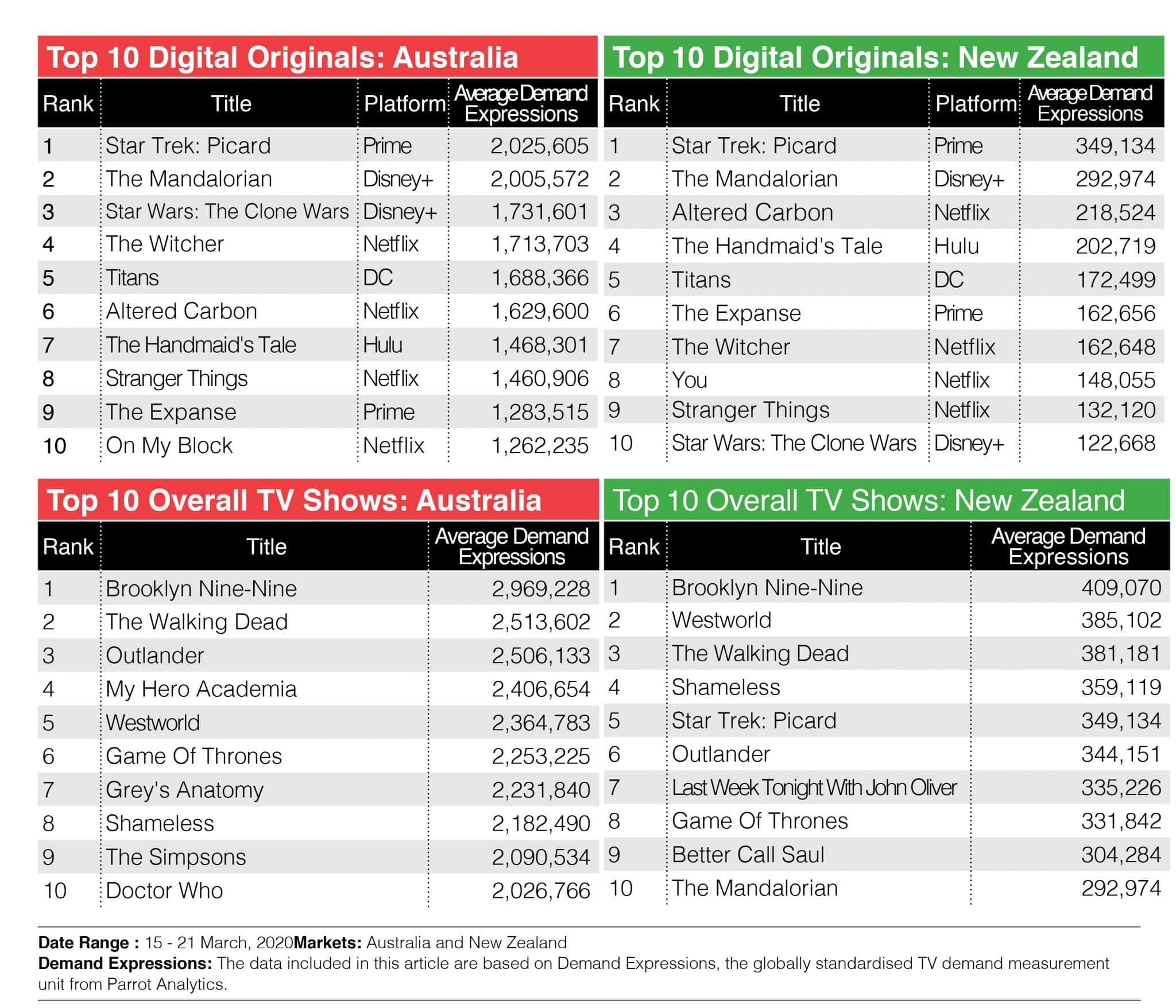