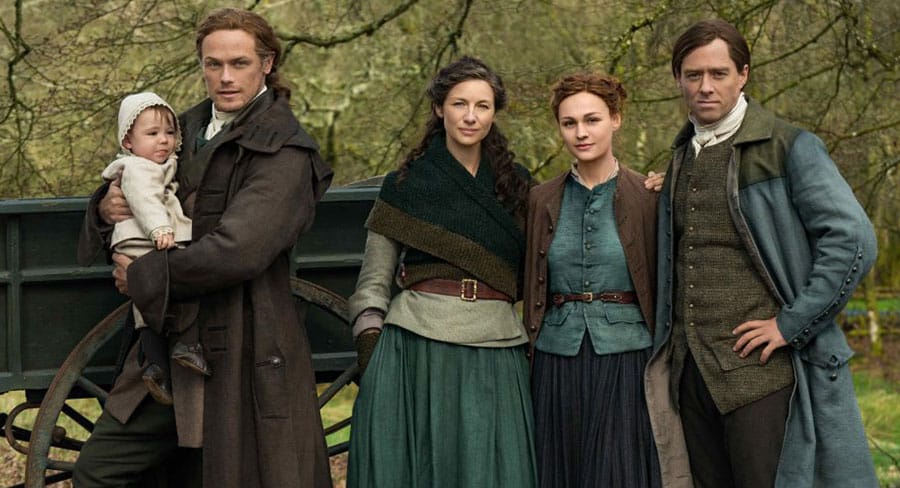 • Netflix’s Narcos: Mexico was originally planned to be the fourth season of Narcos

The Mandalorian has continued to dominate the TV Demand charts in Australia and New Zealand as it makes it 14 weeks in a row in the #1 spot as it shows no signs of slowing down.

However, two new shows have made strong impressions on the TV Demand charts finding themselves in prominent spots for the first time in 2020 in Narcos: Mexico and Outlander.

Netflix’s Narcos: Mexico was originally planned to be the fourth season of Narcos, but ended up becoming a new companion series that focuses on the illegal drug trade in Mexico. The show’s second season was released on February 13 and continues to cover the rise of the Guadalajara Cartel. The series features an ensemble cast led by Michael Peña as Kiki Camarena and Diego Luna as Miguel Ángel Félix Gallardo.

Outlander has surged up the Overall TV chart in Australia and New Zealand after releasing its 13 episode fifth season on February 16. The series airs on the Starz network in the US and follows Caitriona Balfe who plays a married former World War II nurse who is transported back to Scotland in 1743 and is caught up in the Jacobite risings. The series is based on a book series of the same name by Starz. 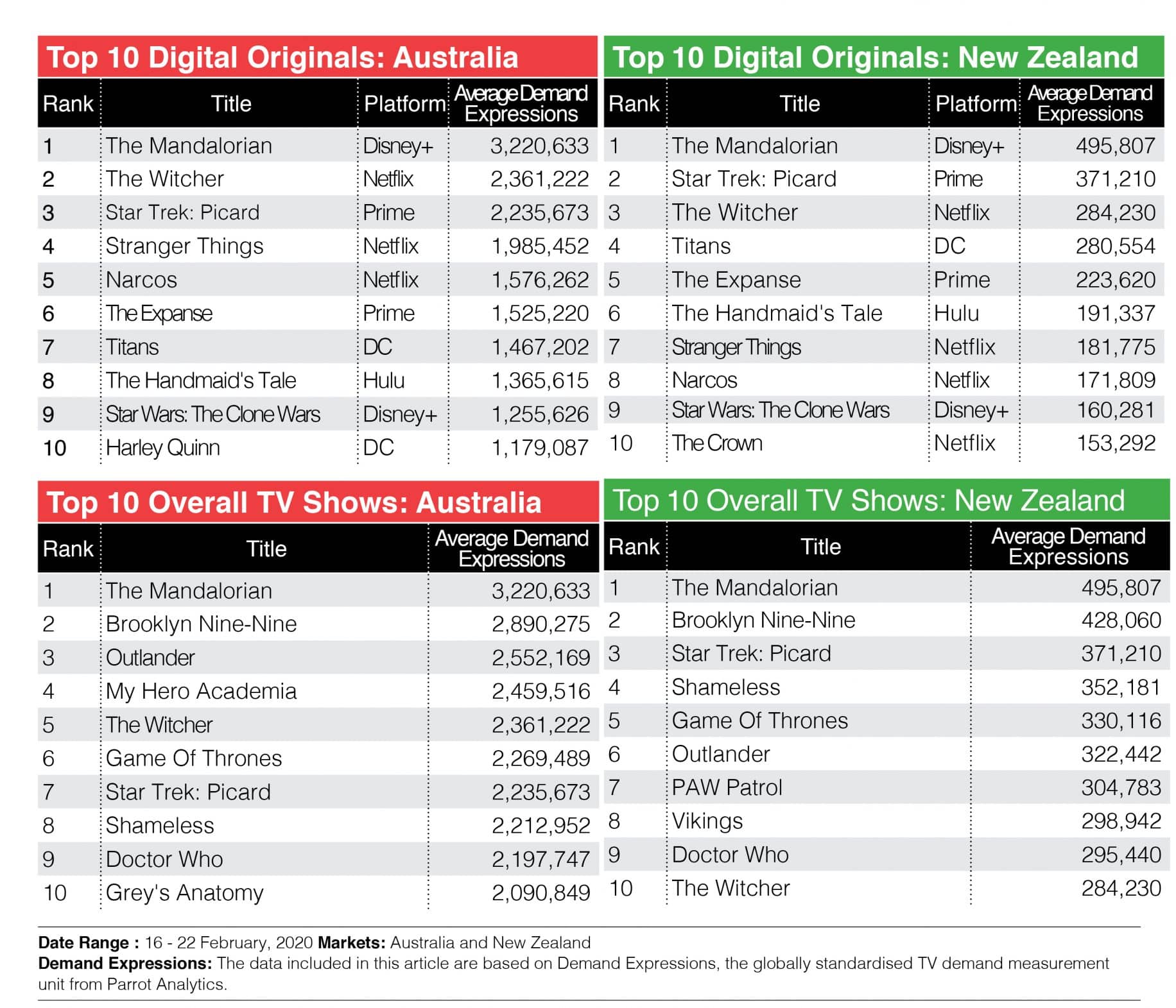