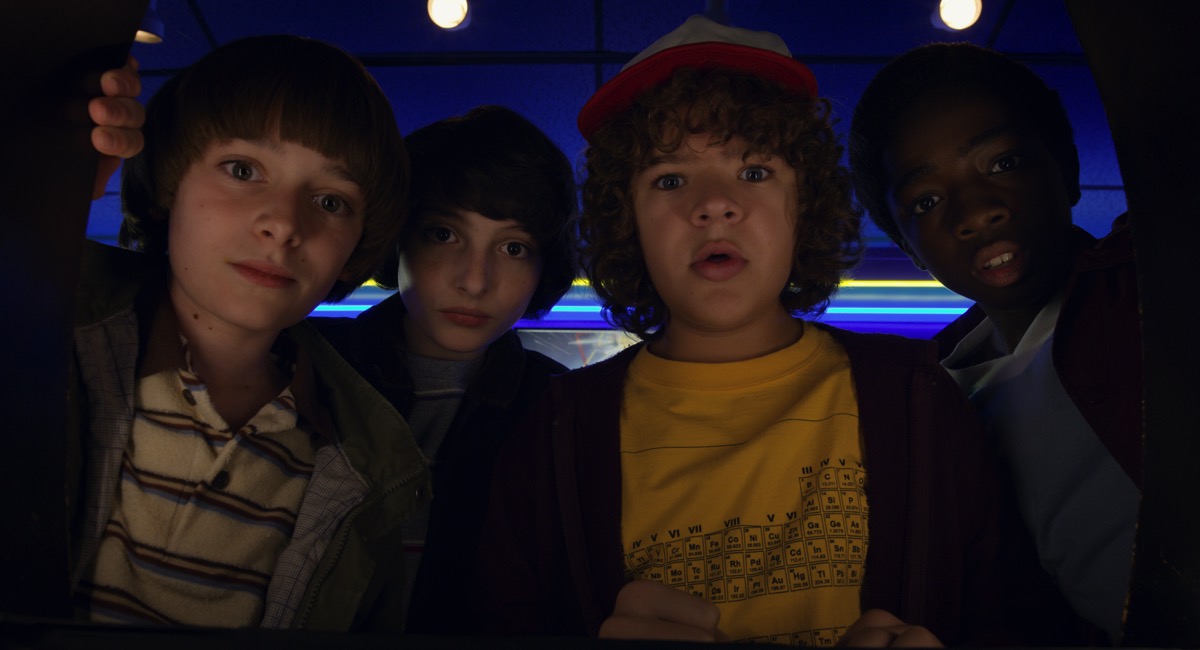 The two hottest shows on Netflix have swapped spots at the top of the TV Demand chart this week. The new season of Stranger Things has pushed the sci-fi drama to top spot, unseating the FBI crime drama Mindhunter, which now sits at #2 on the Digital Originals chart in Australia and New Zealand.

The controversy surrounding the future of House Of Cards has pushed that show back into the top 10, where it sits at #3 in Australia and #5 in New Zealand.

On the Overall TV chart, Game Of Thrones has again taken top spot in both countries. Stranger Things had edged higher in both countries on this chart while The Ellen Show, The Good Doctor and House Of Cards are all new to Australia this week. New shows on the New Zealand Overall TV charts are Midnattssol (aka Midnight Sun), The Block and The Daily Show With Trevor Noah. 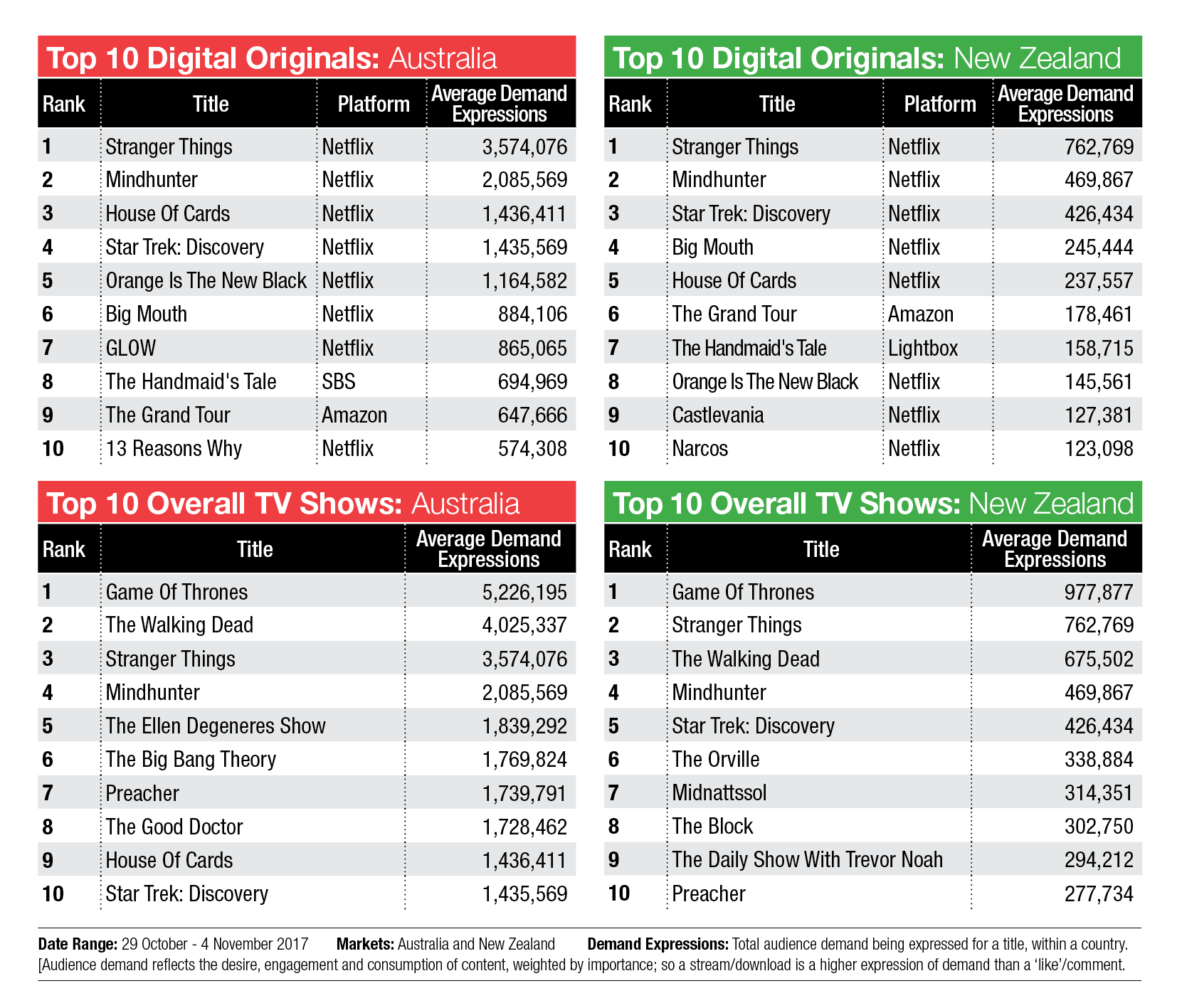