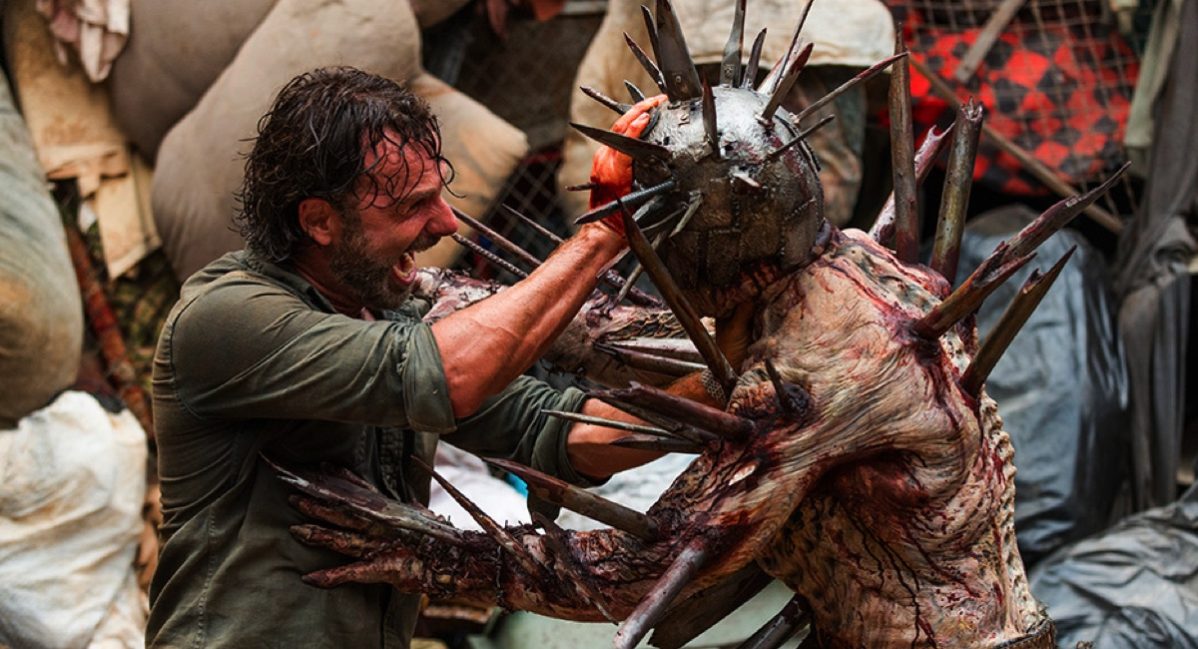 The interest in TV series as expressed by measuring online demand sees the same shows in Australia and New Zealand topping both charts supplied by Parrot Analytics.

On the Digital Original chart, Orange Is The New Black is #1 in both countries. The Netflix prison series has pushed 13 Reasons Why from top spot down to #3 in New Zealand.

The Handmaid’s Tale sits at #2 in both markets with the series coming to SBS On Demand in Australia while it will be available via Lightbox in New Zealand.

In fact the top five are the same in both markets.

On the Overall TV chart, The Walking Dead remains the top program in both markets for a third consecutive week. 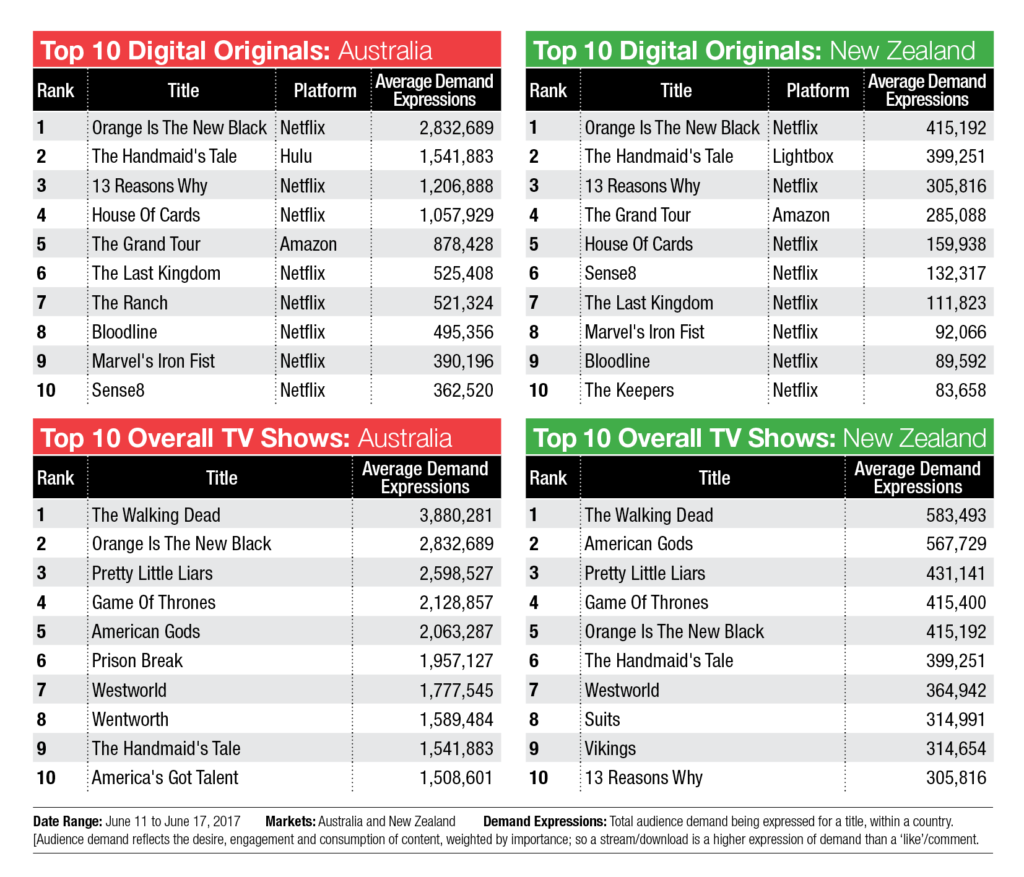