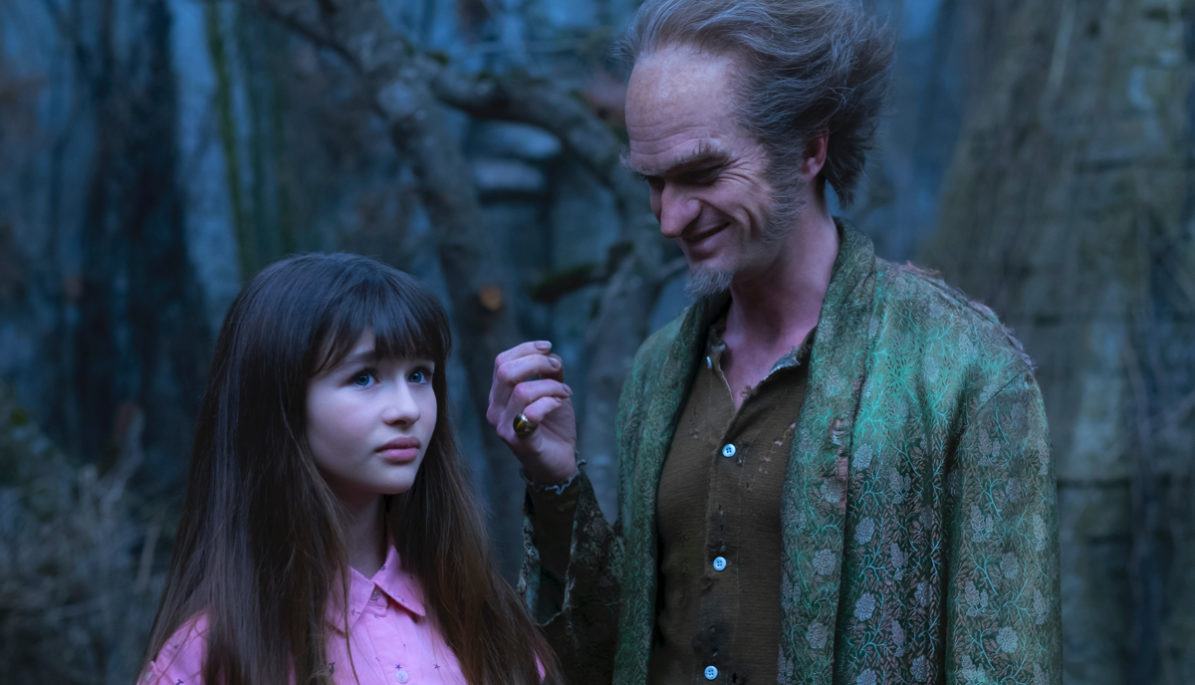 The weekly data that measures the intention of people to view TV shows on any platform, supplied to Mediaweek weekly by Parrot Analytics, shows the new Netflix release, Lemony Snicket’s A Series Of Unfortunate Events has moved to the top of the Digital Originals chart in Australia. The series has replaced Amazon’s The Grand Tour at #1. However, the motoring show, which has progressively improved each week since launch, remained at #1 on that chart in New Zealand.

Netflix continues to have eight series in the top 10 on the originals chart in Australia, seven in New Zealand where Amazon had a third title this week – the new crime drama Sneaky Pete. 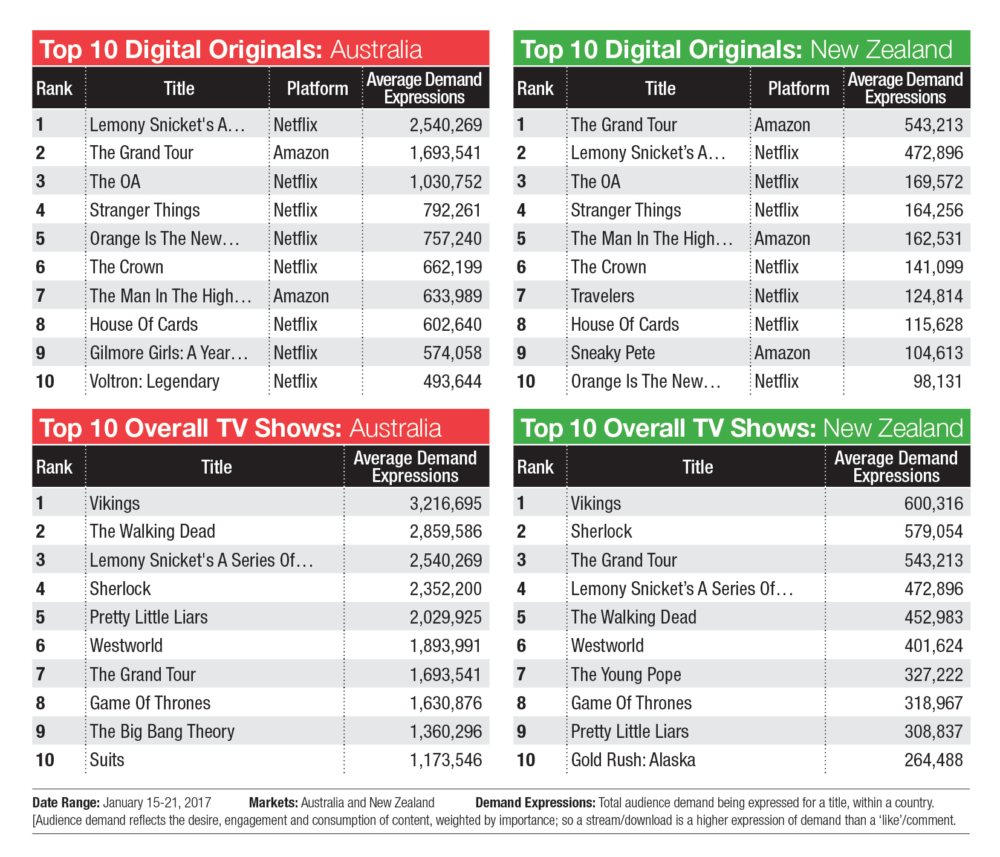