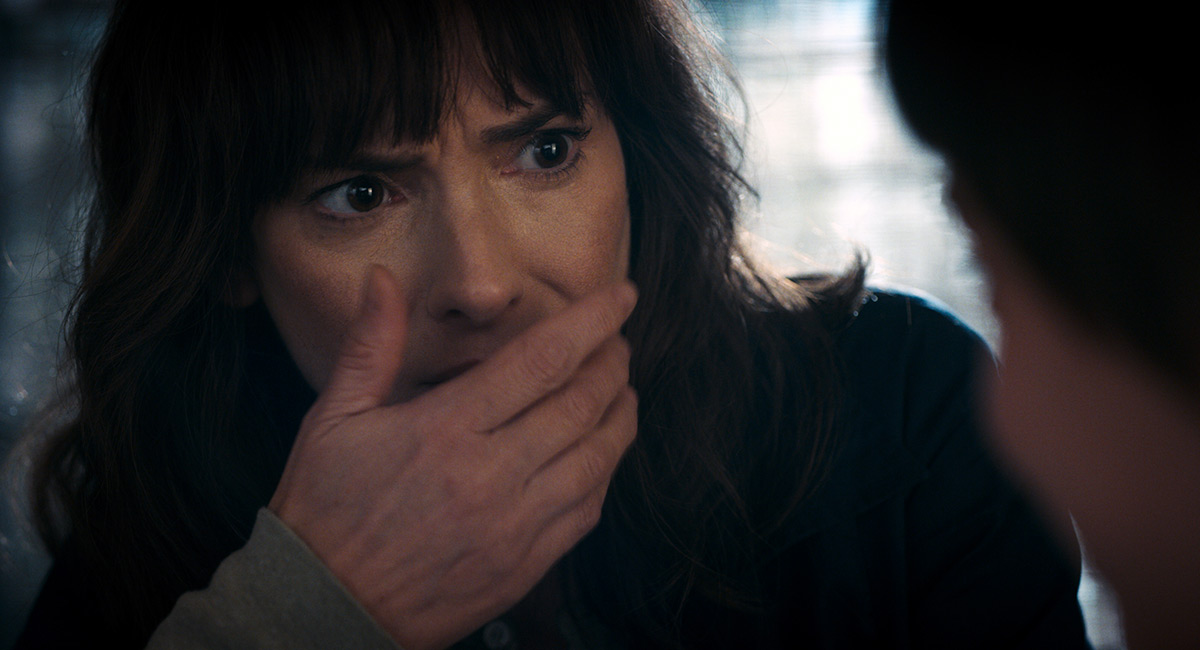 Despite a full week of The Crown being available to Netflix subscribers, the TV series charting the different decades of Queen Elizabeth II, the series has been unable to topple Stranger Things from the top of the Digital Originals charts in Australia and New Zealand as compiled by Parrot Analytics.

The Crown sits at #2 in Australia, but is at #3 in New Zealand, where the German sci-fi thriller Dark is at #2.

The Crown has managed to burst into the top 10 of the Overall TV Charts in both countries, sitting at #4 in Australia and at #6 in New Zealand. Like some of the other charts we publish, this is an exclusive club and it sometimes seems harder to get off the Overall TV chart than it is to get on it. 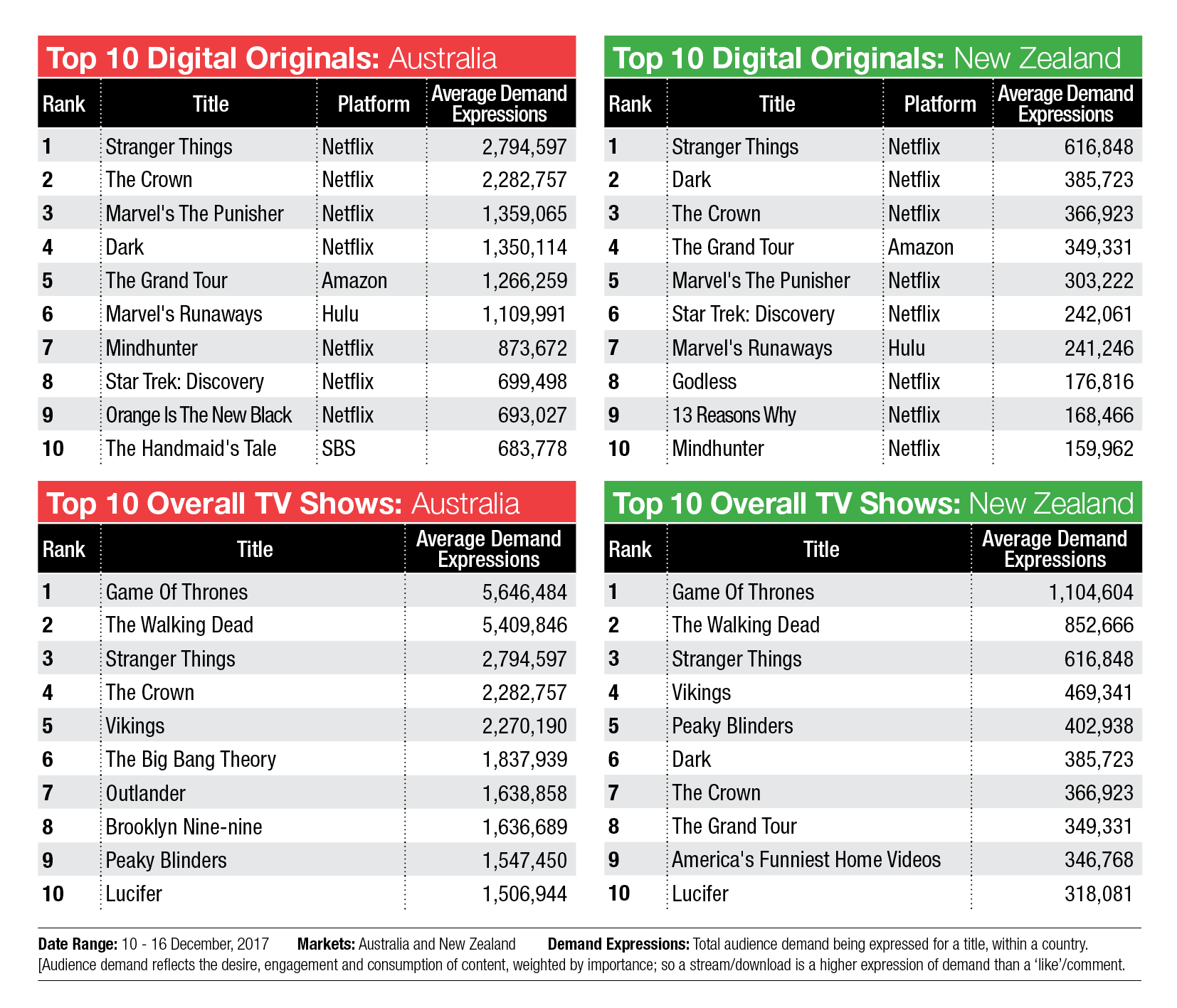