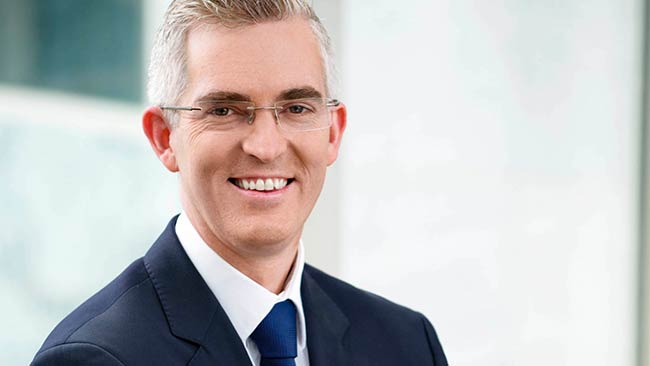 • Speers will remain with the News Corp-owned news channel until the end of the year.

Negotiations between David Speers, Sky News and the ABC have ended with Sky News refusing to let Speers out of his contract early.

Speers will remain with the News Corp-owned news channel until the end of the year.

Barrie Cassidy hosts his final episode of Insiders this week.

These are the statements in full yesterday by Sky News and the ABC.

Sky News has announced David Speers, Political Editor and anchor of Speers and Speers on Sunday, will leave the channel in early 2020 to host Insiders.

“David Speers will be leaving Sky News early next year to host Insiders. He will continue on-air as political editor and anchor of Speers and Speers on Sunday until the end of his contract.

“David is an exceptional and highly respected journalist and one of Australia’s most insightful political interviewers.

“During his nineteen-year tenure with Sky News David spearheaded the growth of Sky News from humble beginnings into Australia’s leader in political news and national affairs coverage.

“His highly decorated career has seen him chosen to host Leaders’ debates and forums at the last six federal elections, as well as cover the last four US presidential elections.

“His outstanding political reporting and excellence in broadcast journalism has been recognised with a host of prestigious industry awards including two Walkley Awards, an AACTA Subscription Television Award, a Kennedy Award and 10 ASTRA Awards. David and the Sky News Political team were also recognised with a Walkley and Logie Award for outstanding coverage of the 2016 federal election.

“I’d like to thank David for his outstanding contribution to Australian journalism and for the proud and important legacy he leaves behind at Sky News.

“From all the team at Sky News, we wish him well.”

ABC: David Speers joins the ABC as host of Insiders

A two-time Walkley Award winner for his political interviewing, Speers has been at Sky News Australia since 2000 and is currently its political editor.

“We are delighted to welcome him to this key role as the successor to the great Barrie Cassidy.”

Speers will move to Melbourne to take up the chair at Insiders from early 2020, working with executive producer Sam Clark.

“Insiders is essential viewing if you’re interested in politics and understanding how Australia is being led,” Speers said.

“I never miss it. To be able to take over from a legend, Barrie Cassidy, and present the program is an honour and a terrific opportunity.”

After presenting Insiders since its launch, Cassidy announced earlier this year he would be moving on from the role, with his farewell program this Saturday 9 June.

The ABC’s Annabel Crabb and Fran Kelly will share the presenting duties on Insiders for the remainder of 2019.