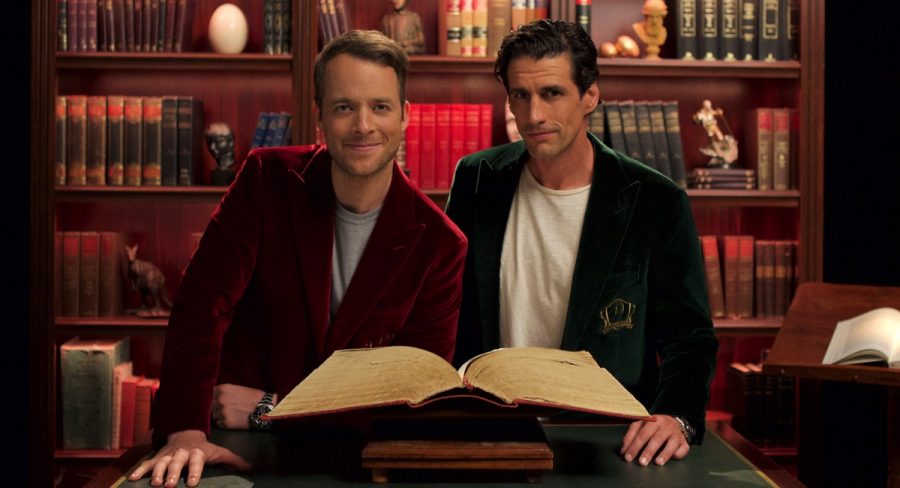 The second season of Nine’s True Story with Hamish & Andy will premiere on the network on August 7 at 8:40pm.

The first series was a ratings hit. Each episode attracted an average audience of nearly two million viewers (including encore screenings and streaming on 9Now).

In each half-hour episode, comedic duo Hamish Blake and Andy Lee meet one regular Australian storyteller who recounts their amazing, surprising and/or funny true story, which is simultaneously recreated by a cast of Australia’s most renowned performers.

In the first episode of the second season of True Story with Hamish and Andy, Australia will meet Carol, who is visually impaired. Her mother has always told her that she can do anything. In 1986, when Carol was 15, she was given an English assignment that required her to write out and analyse 40 poems. However, she hadn’t even started the assignment on the night before it was due. With reading not being her strong suit, Carol decided that her only way out was to fake an illness and miss the next day of school. What viewers will learn in this true story is that once Carol is committed to something, there is no going back – even if what she has committed to is entirely fictitious.

True Story with Hamish and Andy, made with the assistance of Film Victoria, is created and produced by Tim Bartley, Hamish Blake, Andy Lee and Ryan Shelton. The latter three also serve as writers and producers on the show. Bartley, Lee and Shelton are also directors on the show, along with Colin Cairnes (100 Bloody Acres, Scare Campaign, Fancy Boy). The producer of True Story is Andrew Walker (Rosehaven, The Kettering Incident). The executive producers on the series are Greg Sitch (The Dressmaker, Back in Very Small Business), Bartley, Lee and Blake.