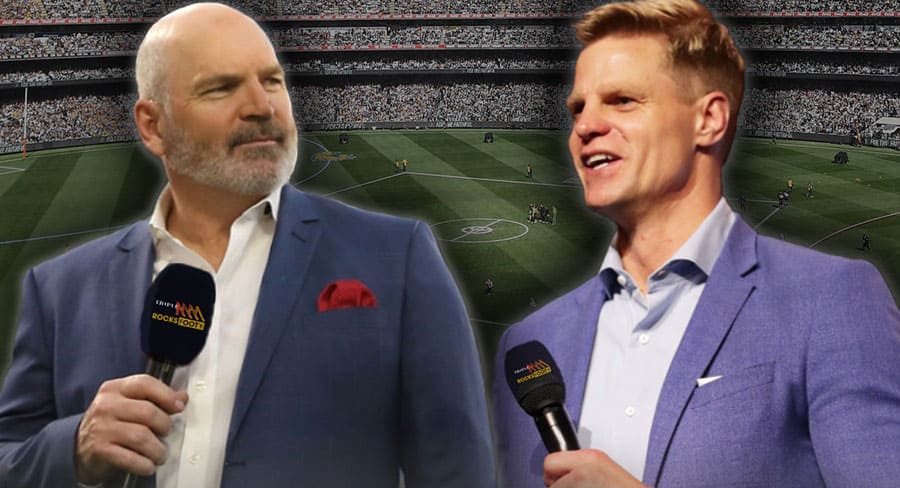 Jason, aka ‘The Chief’, is back home on the M’s in 2021 after a radio sabbatical. Dunstall will join Luke Darcy, Mark Howard, Nathan Brown and Damian Barrett for the Triple M Footy Friday Huddle ahead of the biggest games of the round.

Joining Dunstall back on Triple M Footy is Nick Riewoldt. “Rooey” returns to his radio roots after a couple of years off-band. Nick is no stranger to the Triple M family, having starred in The Gospel and Triple M Footy over many years.

Giles added: “Nick’s cutting analysis and sharp mind will add plenty to Triple M Footy. Shame his broad shoulders and good looks will be wasted on the radio.” 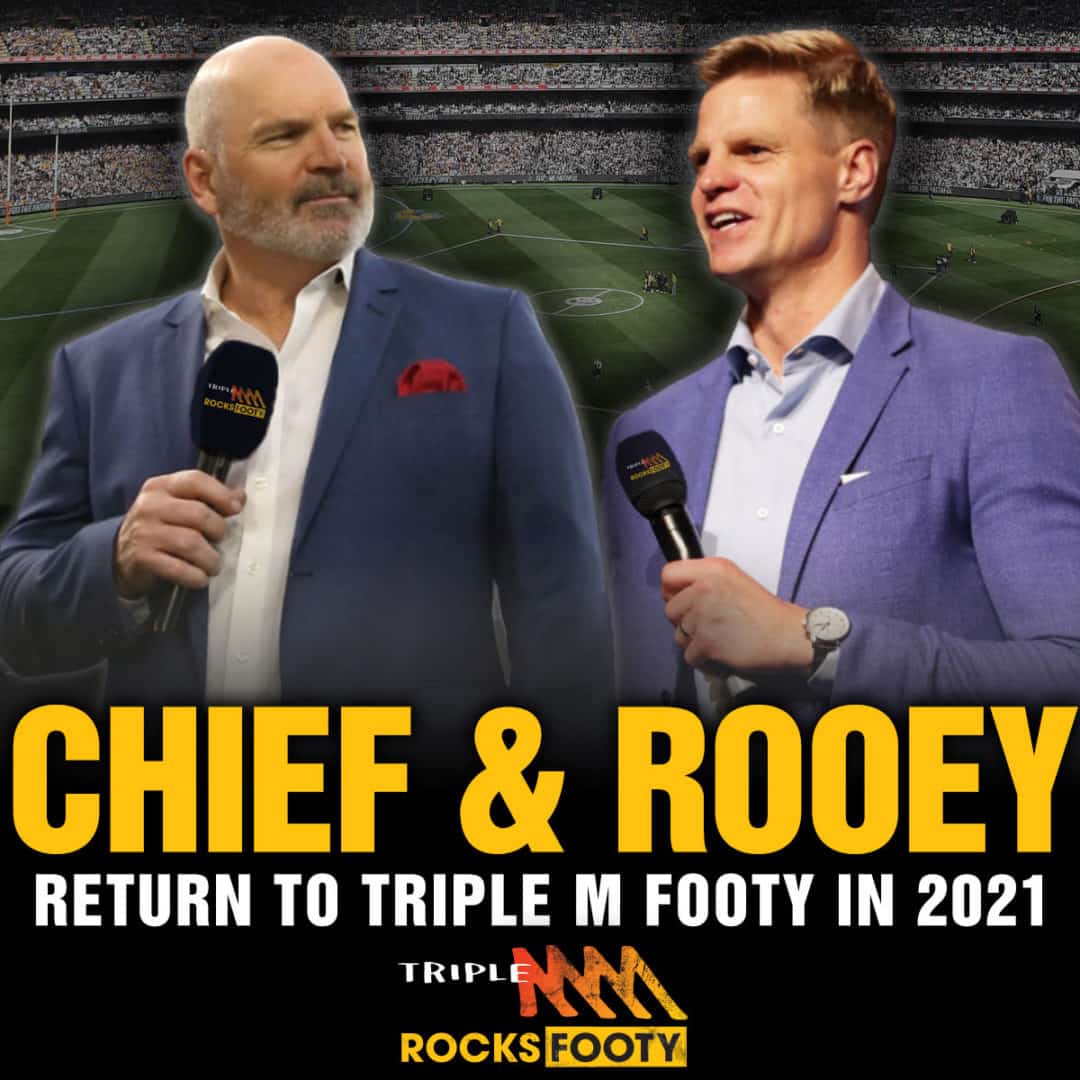 Riewoldt will be providing special commentary on select matches across the Triple M Footy season, along with co-hosting The Rush Hour with Billy Brownless when James Brayshaw is on leave.

Triple M Footy’s Nathan Brown – who has shared many hours on air with Chief and Rooey said: “The Chief is an intimidating force in the commentary box. I’m sure he’s put the fried rice incident behind him and we’re confident that he can keep Mark Howard’s ego in check.  Is there anything that Rooey can’t do? The greatest CHF of the modern era.”

The 25th season of Triple M Footy starts with coverage of AFLW and the AAMI Community Series, ahead of round one of AFL action on Thursday 18 March.