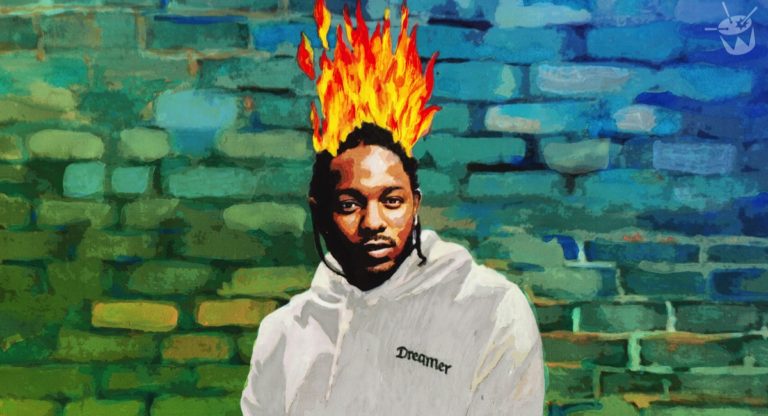 More than 2.38 million votes were cast in the annual listeners poll

Triple j broadcasted its annual Hottest 100 countdown over the long weekend. Kendrick Lamar’s “Humble” was crowned the #1, making Lamar the first person of colour ever to top the list, as well as the second ever hip-hop artist to hit #1.

Gangs of Youths’s “Let Me Down Easy” came in at #2, followed by Angus and Julia Stone’s “Chateau”. There are four women who appear in songs that are inside the top 10: Lorde, Julia Stone, Mataya and Kira Divine.

More than 2.38 million votes were cast in the annual listeners poll. More than half the voters (51%) were females and 48% were males. Statistics released by triple j show that 80% of voters were under 30 years old.

There were 65 Australian artists listed on triple j’s Hottest 100 list. More than 25 artists appeared on the list for the very first time.

Triple j’s music director Nick Findlay said: “When I look back on 2017, it’s hard to deny that when it came to music, Kendrick Lamar dominated on all fronts. Back in March, “Humble” burst its way onto our speakers with such force that it immediately became an instant classic for the triple j audience, who overwhelmed us with requests. Now seeing it as the #1 song of the year only further cements “Humble” as a modern-day masterpiece, and shows just how powerful and important Kendrick Lamar is as a songwriter of our generation.”

AIME, which is Hottest 100’s charity partner, received $220,000 in donations from triple j listeners. The money will go towards mentoring indigenous kids through high school and into university. 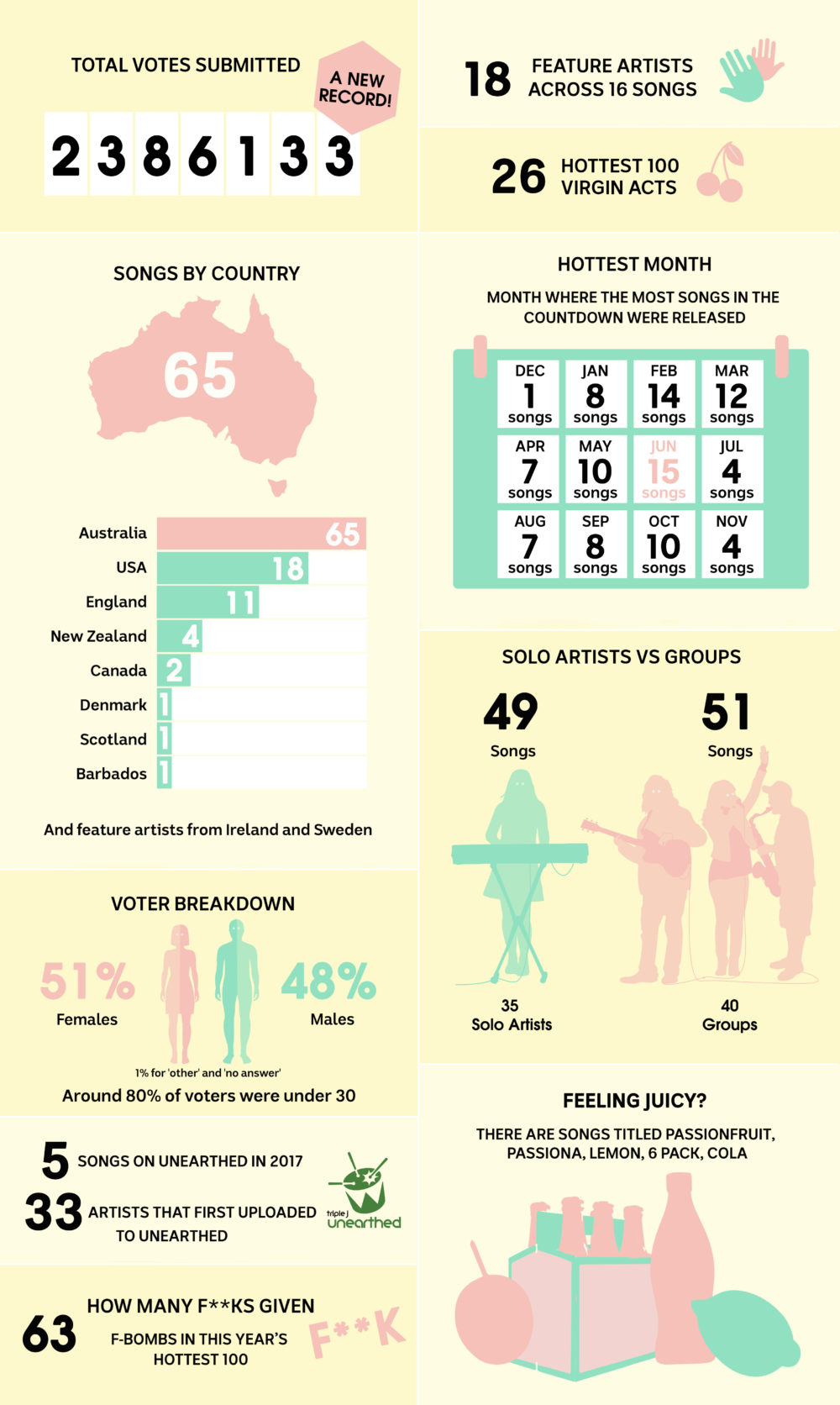