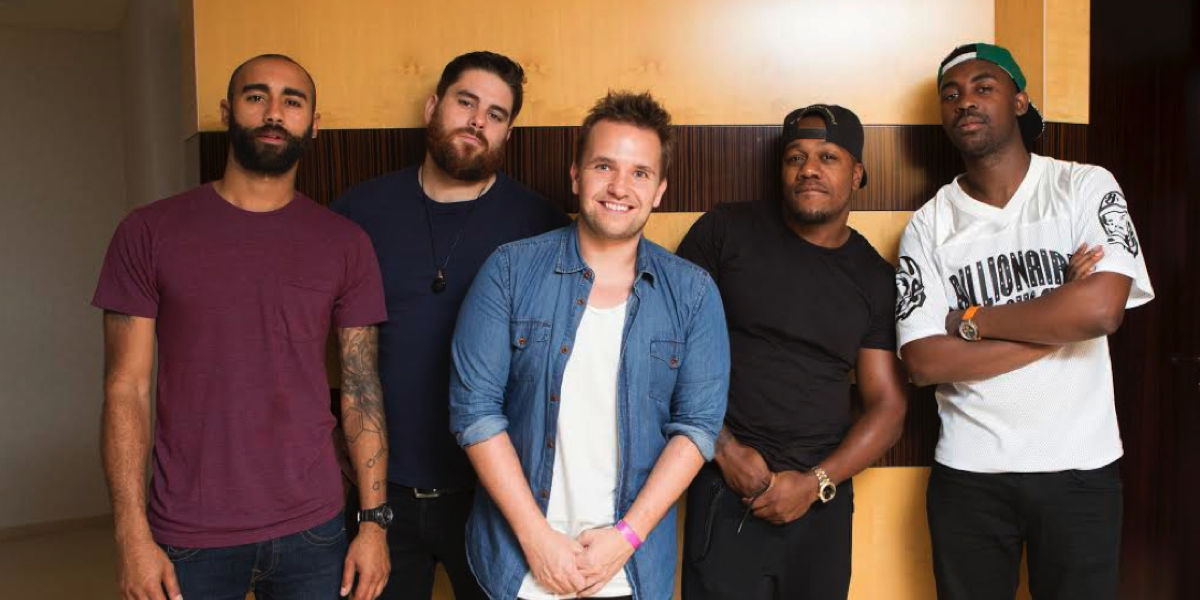 Nova’s Red Room Global Tour: Touchdown in Sydney ahead of final show at The Marquee

After a day off in Dubai and then an overnight flight home, the Qantas A380 carrying the tour party of 50 on the 2015 Nova’s Red Room Global Tour touched down just after 5am this morning in Sydney. But wait…there’s more. The tour has not finished yet.

The final date on the tour takes place tonight inside Marquee at The Star. The night features two big artists – Adam Lambert and Jason Derulo – and joining the 50 people who have already travelled the world on the tour will be around another 400 guests.

After the Tuesday night Red Room double bill that featured Aston Merrygold and Rudimental at the Shangri-La in Dubai, Nova organised a day of activities for their competition winners. The big attraction, on a day when the temperature was again stuck around 45 degrees for most of the afternoon, was the Atlantis Dubai Water Park. Some of the tour party wanting a special experience dipped into their wallets to pay a premium to swim with dolphins.

Others were happy just to loll about in the waters on a flotation device while a few also took to the water slides.

Topping off the day was a visit to the world’s tallest building – Dubai’s Burj Khalifa.

Mediaweek magazine tomorrow features a special section on the tour including an interview with Ed Sheeran’s manager about working with the media.
Tomorrow we will also report on the final leg of the Red Room Global Tour at Marquee at The Star.

Photos (top): Nova’s Smallzy with Rudimental
Below:             Filming at the Atlantis Water Park
Smallzy in Dubai at the top of the Burj Khalifa
Merrygold with the Nova Red Room competition winners 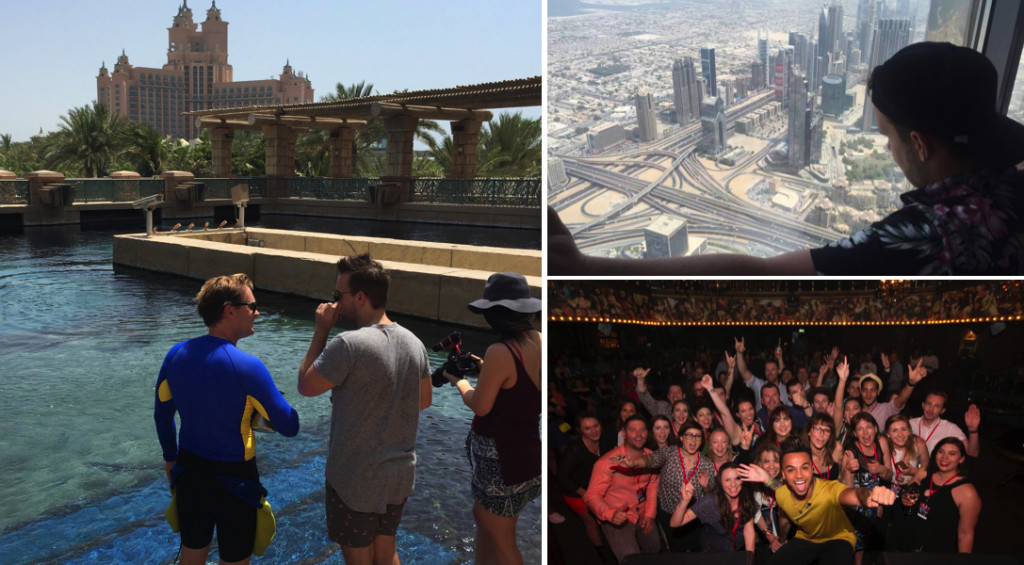