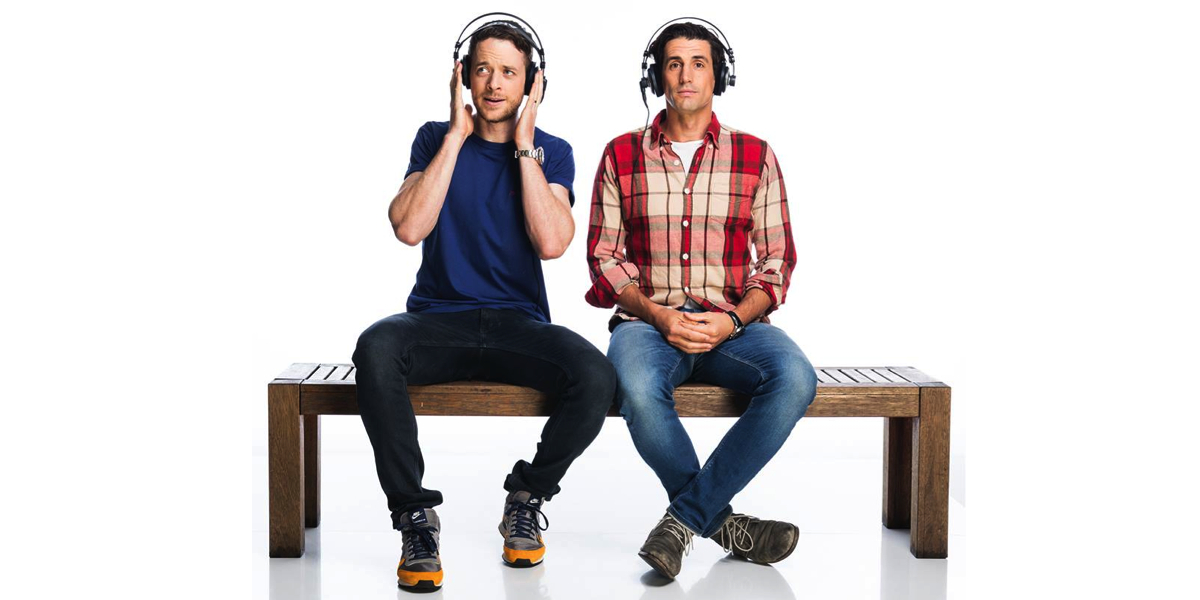 This is not a drill – All mid-year radio leave cancelled: Hamish and Andy now returning July 6

Southern Cross Austereo has announced that Hamish and Andy will actually be returning to radio on Monday July 6, sort off. The returning drive show hosted by Hamish Blake and Andy Lee was to have returned on July 13, but as a joke, they will now be “secretly” returning a week earlier than planned.

The original July 13 start was timed to coincide with the start of a new radio survey period after the mid-year two-week ratings break, but now they will “secretly” be on-air for a week of the non-ratings period.

That could cause some havoc for other FM stations who traditionally send their teams on holidays to re-charge for the second part of the year. Opposition FM drive shows, some new and others not-so-new, have been working hard to secure regular listeners with the former H&A ratings machine being away from the drive slot for some time, they won’t want to give Southern Cross Austereo a free kick with only stand-in announcers or best-of programs up against the return of what is considered by many the best FM radio team in the country. 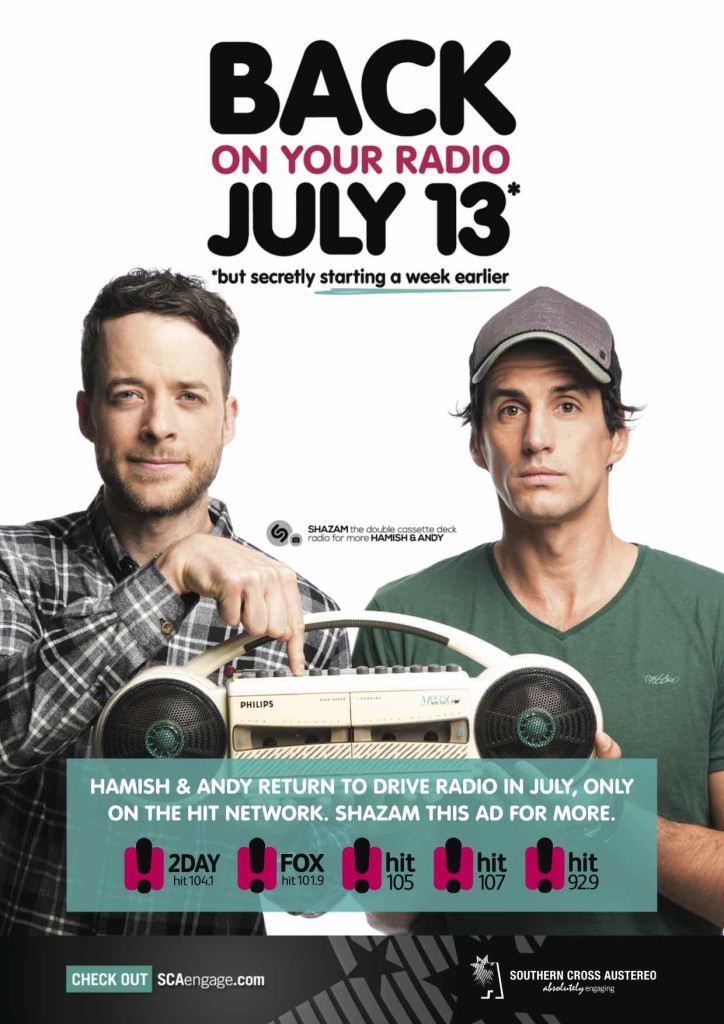