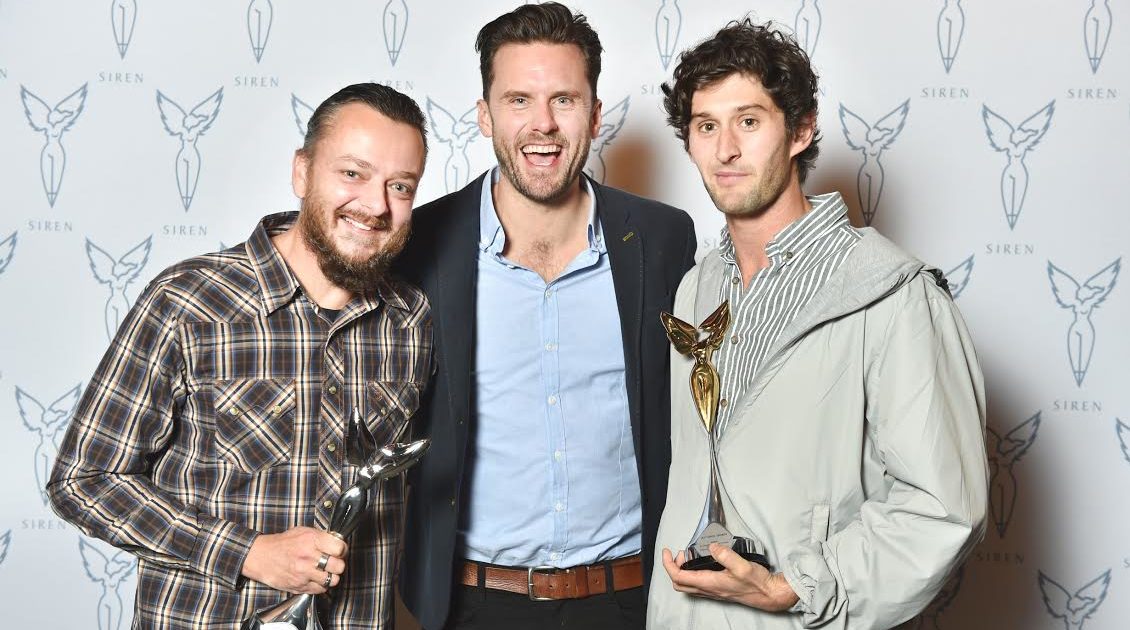 Hawkins and Medalia created the three ads at 303 MullenLowe

Tommy Medalia and Joe Hawkins have won Gold and Silver at the 2017 Gold Siren awards for the amusing series of ads designed to change driver behaviour for the Road Safety Commission called Time with Mum.

Hawkins and Medalia created the three ads at 303 MullenLowe to illustrate what happens when you lose your licence and you’re at the mercy of your mum and friends for lifts. All three spots – Window, Pilates and Out of Options won Gold for the overall win and the Silver Siren for best radio campaign (three or more ads in a campaign).

The Gold Siren winners, Medalia and Hawkins, receive automatic entry for the winning ads into the Cannes Advertising Lions Festival in June. The creatives and their client the Road Safety Commission win accommodation, airfares and delegate passes to attend the event.

The Silver Siren award in the single category went to Evan Roberts and Stephen de Wolf from Clemenger BBDO Melbourne for the ad Every Speed has a Consequence for the Transport Accident Commission (Victoria).

Prolific Siren award winner Paul Le Couteur of Flagstaff Studios took out the Silver Siren in the craft category for production of the ad Ticking Clock for Victoria Bitter.

The Siren $5,000 Client Award, judged by an industry panel of clients rather than the Siren Creative Council, is chosen from the five overall 2017 round winners and was won by Richard Shaw and Russell Fox from Clemenger BBDO Melbourne with the ad Ticking Clock’for Victoria Bitter. Richard Shaw and Russel Fox worked closely with Paul Le Couteur to produce the winning craft entry.