He missed out on Family Feud, but secured hosting role on Hard Quiz

“I have done so many pilots that go nowhere and I have auditioned to host shows for close to 10 years,” Tom Gleeson told Mediaweek just several days before the launch of his new series Hard Quiz.

After years of being part of TV and radio ensembles, and having no luck securing solo hosting gigs, Gleeson is finally getting a chance to go out on his own. It comes as he’s become something of a hot property on TV as a guest, thanks to his great work on The Weekly with Charlie Pickering hosting  a weekly Hard Chat segment.

“Some of the shows [I filmed pilots for] seem like a sure thing when you audition, but then they don’t work out.

“At times it seemed it would be extremely improbable it would happen at all, so it is good that Hard Quiz came along.” 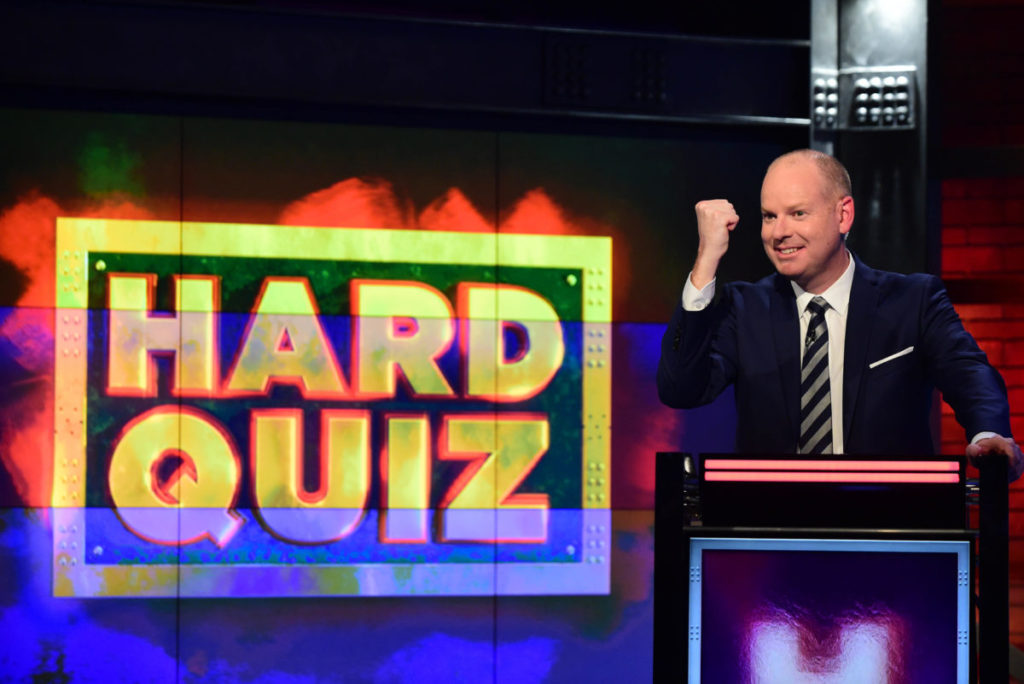 Shows that Gleeson auditioned for included TEN’s Family Feud, a job which went to Grant Denyer. “I got passed over that, which was possibly a blessing in disguise,” he noted, adding he feels more comfortable with a quiz format with a comedy edge rather than a mainstream game show project. “I was also in the running to host Tractor Monkeys, a panel show on the ABC, and they ended up going with Merrick Watts.”

Some of the shows he worked on did get picked up though. “I did a show called This Week Live for TEN a couple of years ago and had an absolute ball doing it. But 2013 turned out to be a year that people didn’t watch much on TEN, although things have improved considerably for them. This Week Live had a good following but never quite got the numbers for its return.”

Gleeson has a producers credit on Hard Quiz and explained he was very involved in setting up the format. “It’s been an absolute thrill working from the beginning. The Weekly is also great to work on but it is very much Charlie Pickering’s show. Hard Quiz is the first show where my opinion actually matters all the way through, which has been great. I like my opinion.” [Laughs]

When asked if getting his own program was a career high, Gleeson laughed and said, “Yes…I have peaked. I think it can only go downhill from here. You know how the media works, you go up, you go down, there is no avoiding it. Just before Christmas this year is the best time of my life and I’ve probably nothing else to really look forward to!”

Getting a little more serious, Gleeson added: “Things are going very well for me. At the same time I don’t think I’m lucky because I have been working for so long. It seems like this is the culmination of years of experience and I feel like I know what I am doing. 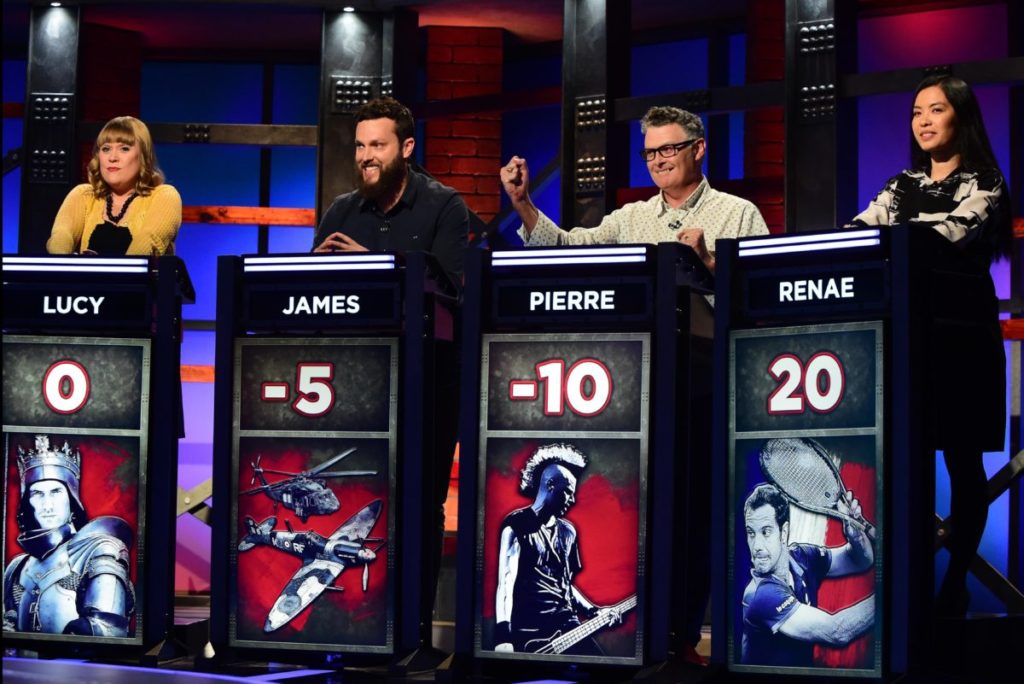 Hard Quiz contestants – not a celebrity in sight

“I thought I could host a show 15 years ago and I would have been half right. By the time this show came up and I was asked if I could host it, I said: ‘Too right, I can absolutely host that.’”

When asked about his interest in game shows, Gleeson replied: “Did I get into comedy to become a quiz show host? No. I never thought that would happen. When it was put to me by [his manager and the show’s co-creator] Kevin Whyte it seemed a perfect idea. Instead of me paying out the front row of the audience at a stand-up show, I would be paying out on the contestants instead. That is something I had been doing for 20 years.”

A real attraction of this new series is that there are no celebrity panellists. “This is something we want to make sure the audience understands,” said Gleeson. “The promos have been very unsubtle when they say ‘featuring real people’. We don’t want people to think the whole thing is a parody. It is a genuine quiz show.

“As much as I have loved doing all those panel shows, it can be at times like ‘look at me’ as each person competes for the spotlight. Ordinary folk are great and they can be endlessly entertaining.

“Some of the contestants we have on Hard Quiz are actually funnier than some of the people I have sat with on panel shows. I could have listened to them all day because they are natural and hilarious.”

Gleeson said they had plenty of time recording the 10 episodes. “We did two episodes on a Tuesday, two on a Thursday, and then we would have a week off and then make another four.

“We started with a pilot with no audience and then two more pilots with audiences. We could have broadcast those, but when it came to recording episode one it was considerably better.”

For the future, Gleeson remains part of the team on The Weekly With Charlie Pickering. There is an end-of-year special later in 2016 and then season three in 2017.

When asked about career goals, Gleeson admitted his were never too ambitious and he has already well surpassed them. “I have been living in a dream world for over 15 years.” He added: “I don’t have any goals…but I should get some for the next interview.”