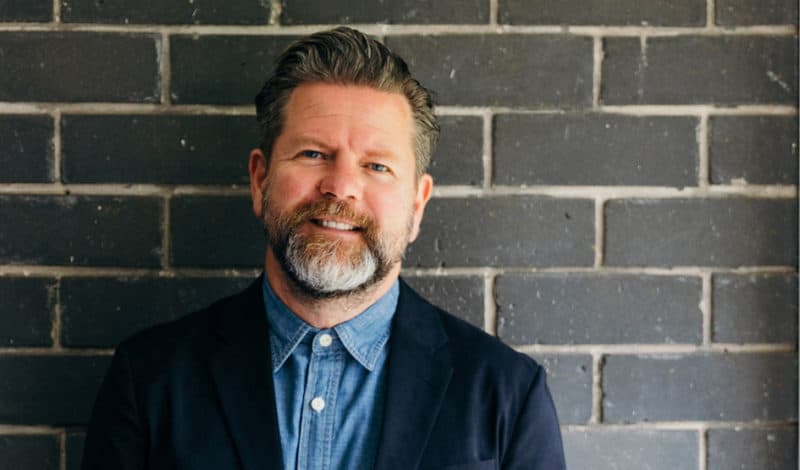 Are his radio days really over? Rosso’s business model and passions

Comedian, architecture enthusiast, and design nerd Tim Ross has managed to find a way of compacting a guide to some of Australia’s iconic modernist masterpieces into a one-hour ABC documentary.

Ross originally had various ideas about how the content could be delivered. “I had explored every idea from six half hours to two one hours,” he told Mediaweek. “We shot a bit pre-Covid which made it a little easier to finish as just one hour.

“Doing a program where you travel across the country has been pretty hard. We managed to get in and out of Queensland in a two-week window we had last year.”

That list by no means exhausts the pool of architects or properties: “There is more in the tank for future projects,” he noted. 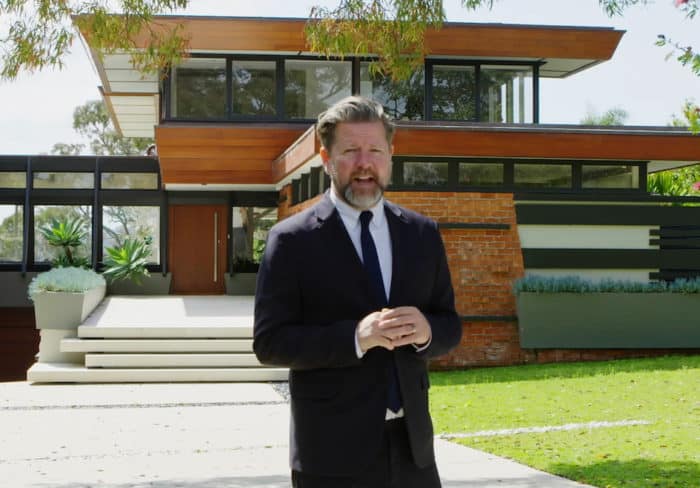 The program starts at the amazing Esmond Dorney house high above Hobart. “I first got inside the house when I performed there once. That is where I met his son Paddy who is featured in the episode at the house.”

One of the highlights of the program is some of the archival footage Ross has managed to unearth. “I was once doing something at RMIT and they told me about some old films they were digitising. I soon realised what an amazing archive they had relating to the building of modernist homes in the 1950s. We use the ABC archive which of course is also amazing.

“The National Archives is also a treasure trove and they love their content being seen. So much of our precious history just isn’t on show.”

Ross was a jack of all trades on the project including being chief researcher. He co-produced and co-wrote Designing a Legacy with Andrew Garrick who also directed. “Andrew and I were previously working on a pilot for something we were sure was going to get up, but it didn’t happen. On that we developed a good friendship and working relationship.”

As to the Tim Ross business model post his radio career, we asked if it meant doing a bit of everything. “yes,” he laughed, “don’t we all?”

He added: “I try and only work on projects I really like. I have a really small team working for me on everything from podcasts to publishing. We have an active little production company Modernista Films.

“Last year we did projects for the Opera House, the National Gallery, the National Archives and Brickworks. Lots on architecture and design. Exhibitions are a large part of what we do.”

With his days of daily radio behind him as Rosso, with and without Merrick Watts, Ross seems very happily occupied. “I absolutely love what I do. We have great partnerships with really interesting people and lots of work with cultural institutions.

“One of the downsides has been a bunch of overseas projects that have been put on hold. They will happen at some stage when we are allowed to travel again.”

Tim Ross: Could he be a TV judge?

With this experience in design and architecture, Ross would make a good judge for one of the various TV shows that touch on the subject.

He’s not a big TV watcher. But he’s a fan of Grand Designs and its host. “I like Kevin McCloud a lot. He’s a wonderful bloke and an incredible presenter. We did a couple of shows with him at the Opera House a couple of years ago.”

Are his radio days really over?

Ross: “You never say never. But it is not something I really think about. I haven’t had any offers in just over a year. It is only Covid that has stopped me from planning the next couple of years. So when I get an offer [for regular radio work] it can be hard as there is usually over a year of work planned. My priorities are always film-based projects like Designing a Legacy.

“They take so much time and so much love goes into them. And ultimately, they are the most rewarding. These projects you can finish too.

“Radio is like a race that never finishes. You can finish a marathon and then start again the next day. It is a nice change to work on a single project and finish it.”

For the time being, you can only hear his very occasional radio appearances on ABC’s Double J. 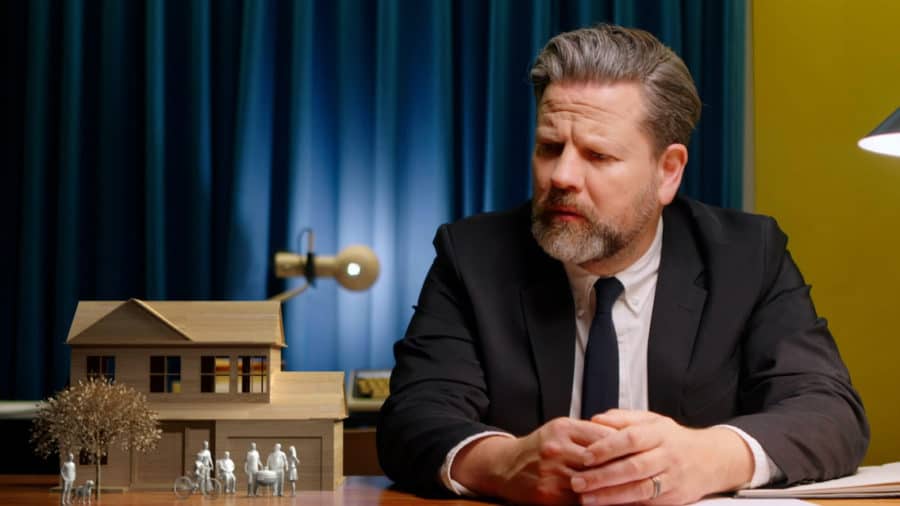