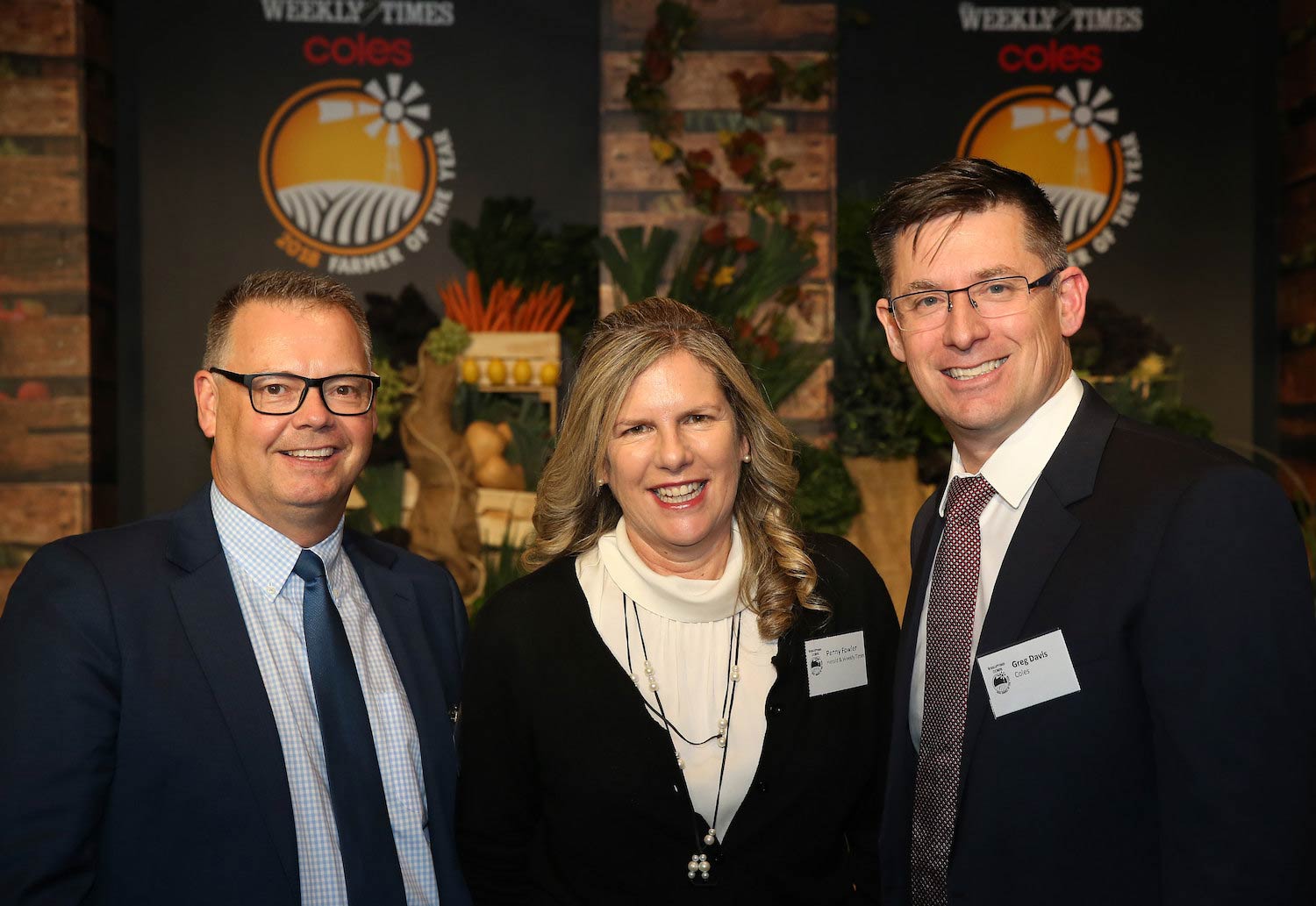 Presented in Melbourne on Friday, 22 February at the RACV Club.

The who’s who of agriculture in Australia, Federal and State Members of Parliament and senior executives from News Corp Australia and Coles, attended a gala event in Melbourne on Friday, 22 February at the RACV Club, to announce the winners of The Weekly Times Coles Farmer of the Year awards.

The Weekly Times Coles Farmer of the Year Awards, held every year for the past seven years, celebrate the most outstanding achievements of those individuals and families making a significant contribution to Australian agriculture nationwide. Ed Gannon said: “These awards are the pinnacle of farming awards in Australia. The finalists and winners are the best in the nation and show that farming is a dynamic and profitable industry.

“When times are tough, as we are seeing with drought and floods, it is vital Australian agriculture is able to celebrate the innovators and show farming has a bright and prosperous future.”

CEO of Coles Steven Cain said: “We are delighted to sponsor these awards for the seventh year and recognise the outstanding contribution that Australian farmers made in 2018 – and continue to make – by producing great quality food for Australian families all year round.

“Over the past year, the resolve and resilience of farmers in the face of drought, fires and floods has been extraordinary – and this should be recognised and applauded.”

Taking out the top honour as Australia’s best farmer was a NSW couple on a mission to produce the world’s best-tasting lamb chop – Tom and Phoebe Bull, from Holbrook in southern NSW.

Every mainland state was represented by finalists, honouring the best in beef, cropping, dairy, horticulture, sheep and niche.

Each category winner received $5000 with the overall Farmer of the Year collecting a further $10,000.

The campaign promoting The Weekly Times Coles Farmer of the Year has featured in print and online in The Weekly Times, FARM Magazine, Rural Weekly, Tasmanian Country and other rural and regional News Corp newspapers since August 2018.

Coles has been promoting the Award online, and in-store throughout rural and regional Australia.

The winners will be profiled in a special Farmer of the Year magazine, inserted in The Weekly Times on Wednesday, February 27 as well as Tasmanian Country and Rural Weekly on Friday March land in the Sunday Herald Sun, Sunday Telegraph, Sunday Mail (SA), Sunday Times and Sunday Mail (QLD) on Sunday, March 3. Farmer of the Year winners