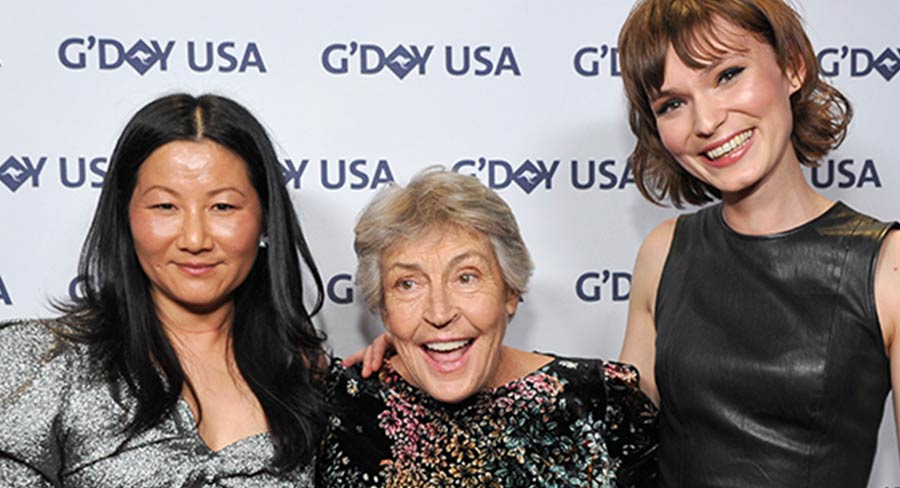 • Could this be the next Bohemian Rhapsody? Bauer invests in Goalpost Pictures project

As part of Bauer Media’s commitment to drive a more equal Female Future, The Australian Women’s Weekly has invested in its first feature film I Am Woman that tells the remarkable story of Australian singer Helen Reddy who became an icon of the 1970’s feminist movement.

Named after Reddy’s US number one hit, this major new Australian film, which is currently in production, is being produced by Goalpost Pictures founding partner Rosemary Blight whose film credits include box office smash The Sapphires, the internationally acclaimed television series Cleverman and the upcoming film Top End Wedding, which just had its world premiere at the Sundance Film Festival in the US.

The Weekly’s financial investment in the film represents a further commitment to telling stories about inspirational Australian women across media channels and is backed by research from readers who want to learn more about the extraordinary life of Helen Reddy.

Nicole Byers, editor-in-chief of The Australian Women’s Weekly said: “From being broke just weeks after landing in New York in 1968 to becoming the first Australian to win a Grammy Award, Helen’s story of adversity and triumph is nothing short of inspirational. The Weekly has been telling stories of iconic Australian women for more than 80 years and we’re delighted to be supporting the film production of I Am Woman for people here and around the world to learn more about the achievements of this remarkable and hugely influential woman.”

The Weekly will be supporting the film and its launch, due in 2019/2020, with specially produced content across all its platforms, including a full feature on Reddy and behind the scenes interviews with I Am Woman’s cast and crew.

Australian Tilda Cobham Hervey who won acclaim for her role in indie hit 52 Tuesdays and is soon to star alongside Dev Patel in thriller Hotel Mumbai will play Helen. Fellow Aussie Danielle Macdonald who starred in Sundance hit Pati Cake$ and Netflix’s Bird Box and Dumplin alongside Jennifer Aniston will play Lillian Roxon, the Australian journalist and author who Reddy credited with her first awareness of the women’s movement and provided much of the impetus for I Am Woman.   Evan Peters, star of American Animals and American Horror Story also stars as Helen’s husband and manager Jeff Wald. South Korean born and Australian raised Unjoo Moon (Zen of Bennett) is directing the film and Academy-Award winning Australian cinematographer Dion Beebe is the director of photography.

Born in Melbourne to a show business family, Reddy won a talent contest on TV programme Bandstand with a prize of a trip to New York to audition for a record contract. The audition did not eventuate but, undaunted, she continued to pursue her dream and within five years was one of the biggest stars of her time. She had three US number one hits including her signature hit I Am Woman which became an anthem for the new wave feminist movement which took hold around the world in the 1970s. She was the first Australian to host her own one-hour weekly primetime variety show on an American network, along with several specials seen in over forty countries. Reddy was recently award an Lifetime Achievement Award at this year’s G’Day USA Gala in Los Angeles.