The Mid-Year Walkley entries are peer-judged and winners are selected on the basis of journalistic excellence. All the entries shine a light on great Australian journalism in their categories.

Walkley Foundation chief executive Louisa Graham said, “Our Mid-Year Celebration was established to recognise the work of young journalists and specialist writers not included in the Walkley Awards. They are not Walkley Awards, they have a different trophy, but they are determined through the same rigorous processes and according to the same standards of excellence and expert judging. To avoid duplication with the Walkley Awards at the end of year, we have taken this opportunity to honour one of our significant benefactors by rebranding these awards in her name.

“June Andrews was the sister-in-law of our founder, Sir William Gaston Walkley, and now her legacy will be commemorated by honouring excellence in the craft. In this program, we also announce several awards we managed on behalf of other organisations, specifically Our Watch, Media Diversity Australia and the Geraldine Pascall Foundation.”

Annabel Hennessy from The West Australian was named the 2020 Young Australian Journalist of the Year for her powerful investigation Kill or Be Killed?: The First Chapter: The incarceration of Jody Gore”. This story was also the winner of the Public Service Journalism category. Hennessy wins a two-week trip to US newsrooms, thanks to the support of the Jibb Foundation.

The Walkley Judging Board, represented by Tory Shepherd, Stella Lauri and Heidi Murphy, found Hennessy’s entry stood out among a strong field.

“Annabel Hennessy’s work deserves this honour because it demonstrated true excellence at every turn. She discovered the thread of a story, teased it out, chased it relentlessly and brought it to public attention. Her storytelling was factual and compassionate, moving deftly between the human, legal and political elements of this story. And the impact of her journalism has been immense – a woman freed from prison, and laws re-written.”

Young Australian Journalist of the Year
Supported by Jibb Foundation
Annabel Hennessy, The West Australian, “Kill or Be Killed?: The First Chapter: The incarceration of Jody Gore”
Thanks to the support of the Jibb Foundation, Hennessy will fly to the USA for a two-week trip to meet with BuzzFeed, The New York Times, Columbia Journalism Review and Quartz. 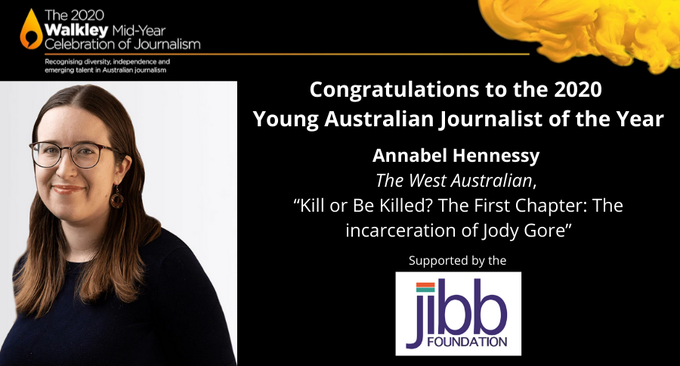 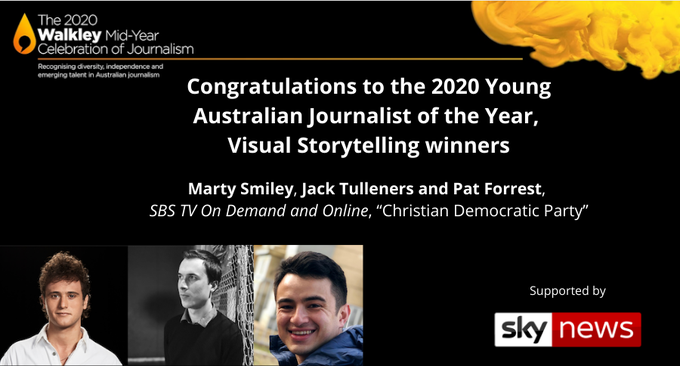 All media: Student journalist of the year
Supported by Macleay College
Andre Nassiri, University of New South Wales and newsworthy.org.au, “The dark side of Africa’s ‘poster child’” and “Who wins when Rwanda plays the ‘genocide guilt card’” 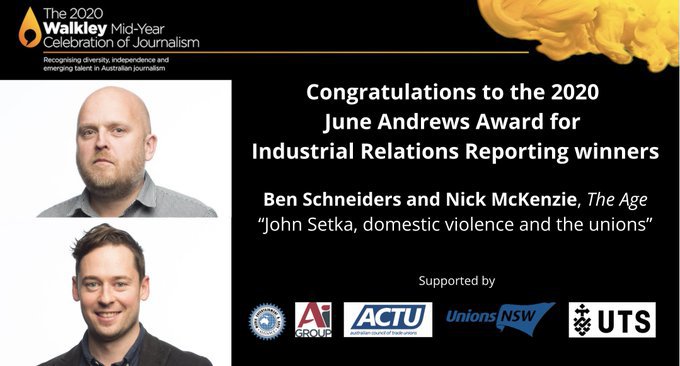 Our Watch Award
Supported by Our Watch and managed by The Walkley Foundation
Nina Funnell, News.com.au, The Mercury and NT News, “Let Her Speak”

Arts Journalism Prizes
Through the support of the Copyright Agency Cultural Fund, the winner of each award will receive $5000 in prize money.

June Andrews Award for Arts Journalism
Supported by Facebook and the Copyright Agency
Steve Dow, Meanjin, The Saturday Paper and Guardian Australia  “Stream Drama,” “Acts of Faith” and “A Buŋgul, a Procession, An Overnight Vigil”