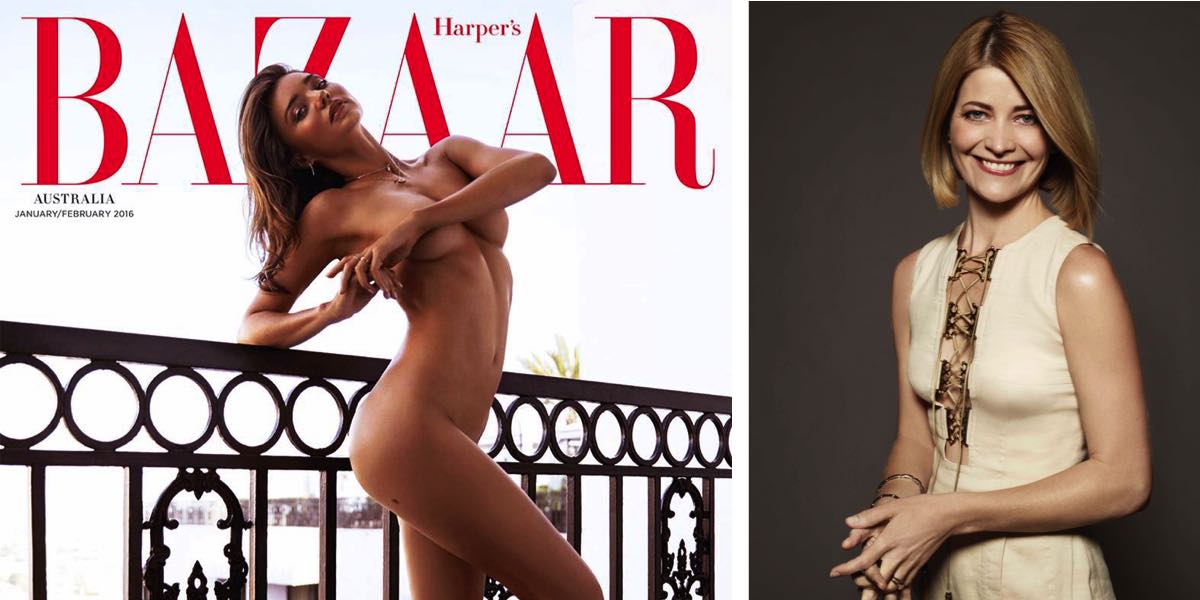 The cover of the Harper’s Bazaar magazine January/February edition, which hit the stands this week, has been the subject of much media attention since its release late last week.

“She is one of Australia’s most successful women and she is confident and beautiful – why shouldn’t we celebrate that?” Harper’s Bazaar Australia Kellie Hush told Mediaweek about audience and media reception to the cover.

“That wasn’t what we intended on doing. I love Miranda. Since I have been editor, I’ve done three covers with her and I’ve been in the chair for three and a half years. So she does a cover with me every year. I’ve always had a good relationship with her,” Hush said.

Hush added the risque shot may attract some complaints.

“Obviously yes, there is risk. But at this stage, it’s Monday and we haven’t had any complaints. People on the internet like to throw their two bob’s worth in. The thing is it’s very tasteful. We know the rules. There is nothing distasteful showing and it’s a really beautiful shot.”

“It reminded me of the shots Helmut Newton used to take in the 70s and 80s. They are some of the most referenced images in fashion. Every shoot you go to and you look at the story board, there is a Helmut Newton shot. I think it’s iconic and I believe this shot will become iconic once it’s all settled down”

Speaking about how Harper’s Bazaar Australia managed to capture the much-talked-about photo, Hush said it was all coincidental.

“We were in LA to shoot her for the cover and in between shots [it just happened]. She’s got an incredible body, and is incredibly confident. Steven Chee captured that image and then it was emailed back to my fashion director. And she said, ‘What do you think? Miranda loved the shot. Would you consider running it on the cover?’ And I was like ‘Absolutely! It’s beautiful.’”

Hush said her aim with every cover is to have a talking point. If this doesn’t happen then magazines may as well close their shutters.

“Every issue we like to have talkability…In magazine talk, our cover is our #1 real estate.”