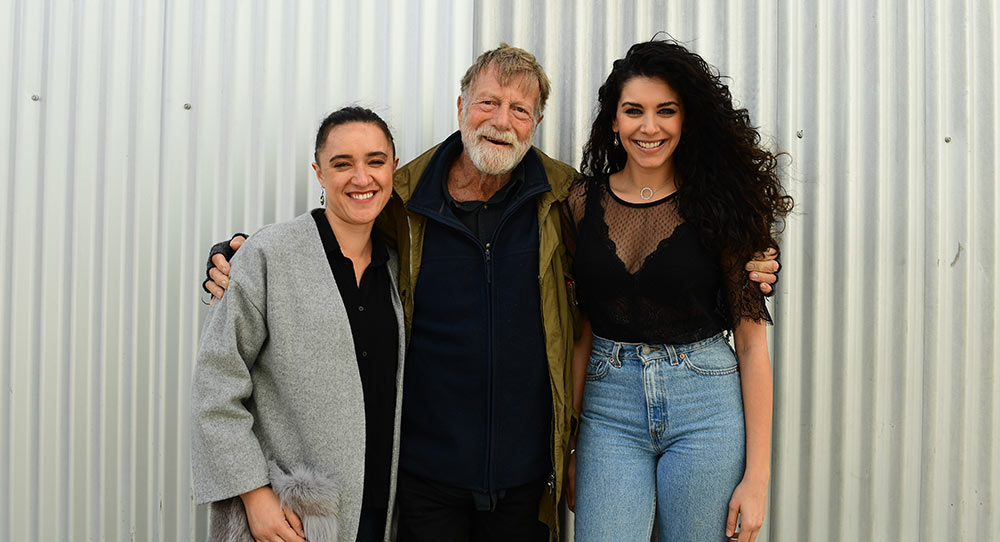 The Ropes will premiere on SBS and SBS On Demand later in 2018.

SBS has announced the cast of its upcoming four-part series The Ropes. The show, which is produced by Lingo Pictures, starts shooting today in Sydney’s western suburbs.

The story follows aspiring Iraqi-Australian boxing trainer Amirah Al-Amir (Chamoun), who has idolised her world champion father Sami (Naor) her entire life. While working in the family gym in Sydney’s west alongside her two brothers, Amirah negotiates a professional debut match for her hardnosed fighter Jess O’Connor (Castle-Hughes) with Sami’s longtime promoter Strick (Thompson). Furious that she has done this behind his back, her father threatens to cut her off. Desperate to chase her dream of transforming women’s boxing, will Amirah choose her fighter or her family?

SBS director of television and online content Marshall Heald said: “The Ropes continues SBS’s run of acclaimed provocative dramas that reflect Australian stories through a uniquely multicultural lens. This compelling and intense series is distinctly SBS, showcasing the complex and nuanced relationships of a migrant family alongside the physicality and deep-seated culture of misogyny in the sporting world.

“We are thrilled to be creating this stellar drama with the team at Lingo Pictures and an incredibly talented cast with a wealth of experience from all corners of the globe.”

Producers Helen Bowden and Courtney Wise said: “SBS has been supporting beautiful, daring drama and we are delighted to be working with them on The Ropes. The world of boxing is passionate and fraught with adversity and creating a female-driven story within this world is exciting. We are thrilled by the talented cast attached to portray this, including a fearless gang of women lead by Keisha Castle-Hughes and Nicole Chamoun.”

The Ropes will premiere on SBS and SBS On Demand later in 2018.