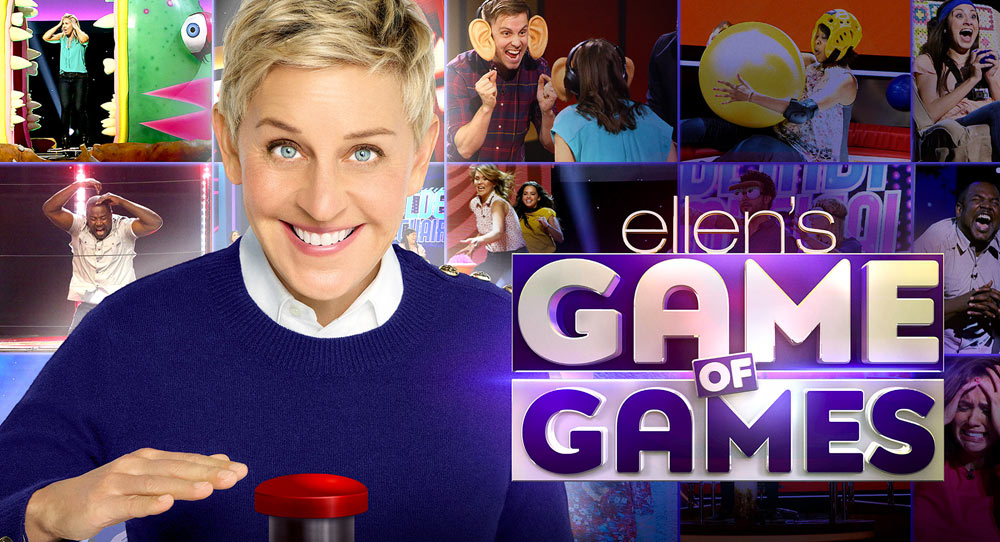 Game Of Games will premiere on TEN and WIN Network later this year.

Network Ten has commissioned a new family entertainment series, Game Of Games, which will premiere on TEN and WIN Network later this year.

Game Of Games was a success when it launched in the US in January this year, attracting a weekly audience of more than eight million and ranking #1 in its timeslot in people 18 to 49.

The US series is produced by Warner Horizon Unscripted & Alternative Television in association with Telepictures and A Very Good Production, which is owned by Ellen DeGeneres, who is the host and executive producer of the show in the US.

DeGeneres said: “I’m thrilled that Game Of Games is making its way to Australia on TEN.

“And I’m already thinking of ways to make it better. For instance, in the US we drop contestants into vats of mashed potatoes, but in Australia it’s gonna be 100% Vegemite.”

Each hour-long episode of Game Of Games includes supersized versions of the most popular and action-packed games from the award-winning daytime talk show The Ellen DeGeneres Show.

Contestants are pulled direct from the audience and have to manoeuvre massive obstacles, answer questions under crushing time pressure and face gigantic plunges into the unknown – all in a quest to win a big cash prize.

Network Ten chief content officer Beverley McGarvey said: “Game Of Games is a big new show that is light, fun and engaging. It’s a blast of great family entertainment that is perfect for the back half of the year.

WBITVP managing director Michael Brooks said: “Game Of Games is the biggest physical game show ever filmed inside a studio. It’s laugh-out-loud fun and madness from start to finish and we believe Australian audiences are going to love it.”

Game Of Games will premiere on TEN and WIN Network later this year.

TEN said the host will be announced soon.