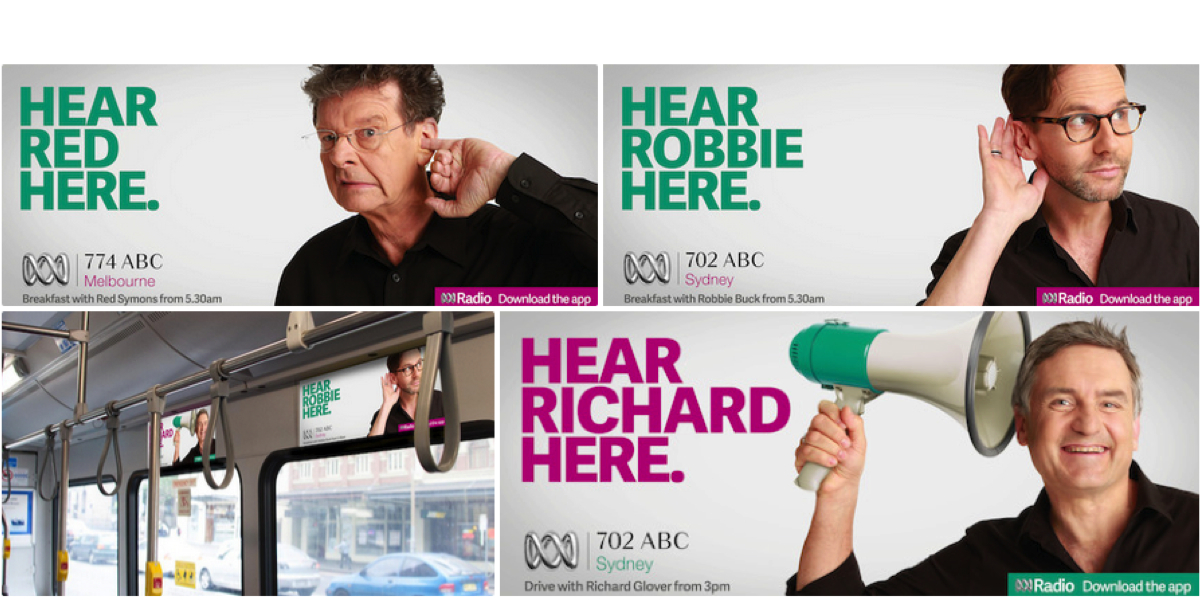 The ABC has a lot of fantastic products, and we need to make sure that we tell audiences about them,” ABC director of audience and marketing Leisa Bacon told Mediaweek recently. On the topic of the ABC’s new in-house creative agency, ABC Made, Bacon said that it was developed to further the promotion of the ABC’s various products. “We want to make sure that we do that in a consistent way across all of our different platforms. We have TV networks, we have radio networks and we have some fantastic digital products, so what we want to do is make sure that we have a lot more consistency in communicating with our audience across the platforms.”

Led by creative director Diana Costantini, the move marks an amalgamation of all of the ABC’s marketing and promotions into one division.

“When I first came to the ABC in 2014, it’s fair to say that the different divisions each had their own marketing teams,” continued Bacon. “Depending on how they each wanted to work, they might have used ad-hoc agencies or freelancers. It was all managed in quite a disparate way, because the whole marketing structure was decentralised. What we’ve done is effectively centralise all of our marketing, and brought together all of our marketing and all of our creative people in the organisation. We’ve put them together under one banner as Made, which is like a mini-agency. That’s with the intent that they will work together to deliver campaigns for the whole of the ABC, regardless of which division. It’s so those campaigns can have an element of all of the divisions.”

“We use our own airtime to
ensure that audiences understand
the other ABC products out there.”

The contrast to its previous approach to marketing couldn’t be clearer. Since the marketing has become centralised, the ABC has a more comprehensive and centralised marketing outlook. “What used to happen is within radio, we’d want to promote Radio National for example. Then we’d create a promo just for RN that would just play across the radio networks. Now, we create campaigns that go across all of the platforms. If RN is a priority, then we’ll create a television promotional element, a radio promo element and a digital one.”

While the 45-odd employees of ABC Made might seem like a large marketing team, Bacon reminded us of the breadth of their role. “It’s quite big. But you have to remember that we have five television channels, we have 68 radio stations when you consider ABC News Local, and a large number of digital products and apps, and we’re producing all of our own promotional assets for those areas. We make promos for all of our own television products, and there’s quite a lot of airtime because we don’t have commercials. We use our own airtime to ensure that audiences understand the other ABC products out there.”

But don’t suggest it’s advertising. “We don’t consider it to be advertising though, because we’re not selling anything. We very much think of it as promoting and informing. If we feel there are other relevant offers that the ABC has for a particular audience, then we do tell them about it. For the ABC, it’s about educating the audience. For example, at the moment we have a campaign for our new digital offer. Similarly, we have a great promo at the moment for our radio app, which enables you to listen to any of our radio networks – we’ve got triple j, Radio National, ABC Classic and local radio. It’s an easy way to access all of those, and that’s something we definitely want the audience to know about.”

While the ABC finds its largest audience in television, Bacon said that ABC Made’s marketing efforts would also be seen across its radio and digital platforms. “The ABC TV audience is definitely the largest. But the ABC radio audience holistically is also quite big across all of our networks. Increasingly, we’re also seeing more and more people across out digital assets – being websites and social platforms – so our overall reach across the platforms is very high. Traditionally, it’s mainly been TV but the whole benefit of doing this is that we’re actually able to reach a whole lot of people across those different platforms.”

While she wouldn’t divulge a specific number, Bacon predicted an uptick in the takeup of the ABC’s services following the marketing push. “We don’t have a lot of other ways of talking about what we’re doing, we certainly don’t have large external budgets. As such, we’re very reliant on cross-platform communication to make people aware of our products. The radio is a great example – if we weren’t communicating about that, there’s no way that people would organically just find out. The minute we start communicating about it – not just on TV, but on radio and we’ve got some social messaging – we start to see growth in the amount of people downloading the app,” she said.

Speaking about creating the public broadcaster’s marketing on a limited budget, Bacon told Mediaweek that the team’s previous commercial expertise was an asset. “It’s challenging, [but] we are very fortunate to have a really strong and vibrant creative team. I have been suitably overwhelmed by how strong the creative is. I’ve been at a number of large, well-funded organisations and what our designers are able to achieve in our own studio is truly on par.”

While Bacon was quick to note that ABC Made would not be delivering briefs for commercial clients, she did note that the in-house agency would consider working on ABC causes. “The initial focus is making sure that we’re servicing our brief by creating really great, strong campaigns for the ABC. As to our future, we will continue to look at any additional opportunities that may come out of having a really strong internal creative agency.

“As the ABC, we won’t work with external commercial clients. We may extend our remit through partnerships – for example, we partner with mental health organisations, and it might be that we do more in that area now that we can service those partnerships with creative and marketing. I don’t think that we would move towards a commercial model.”