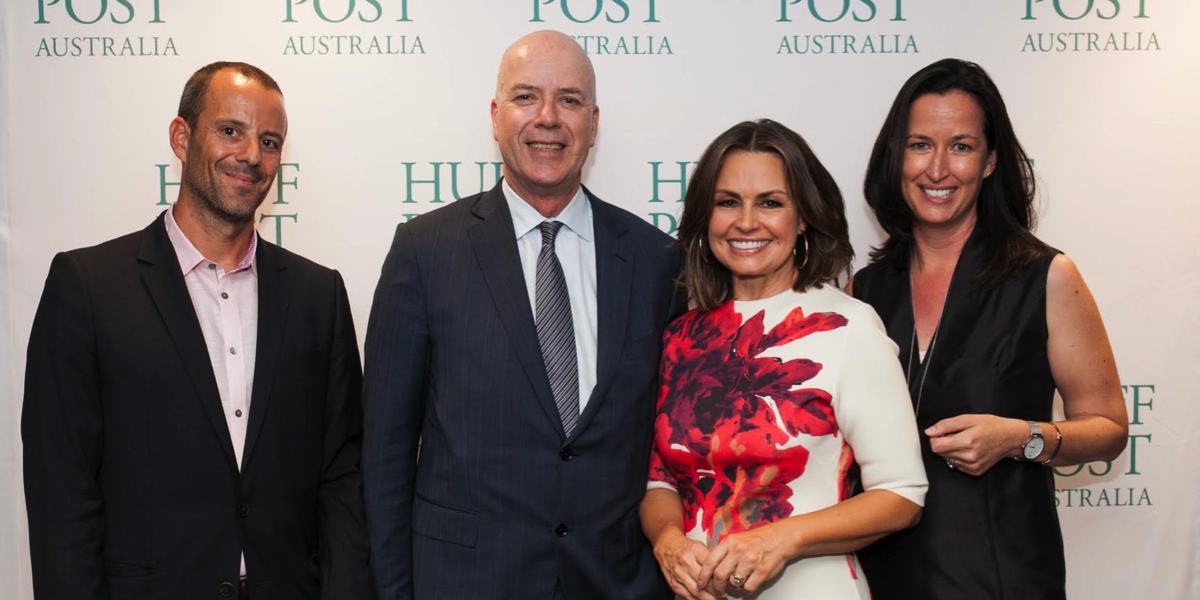 The Huffington Post Australia held a formal event in Sydney last night to celebrate the recent launch of the Australian edition of the world’s biggest news brand. The MCA rooftop event was hosted by Nine’s Lisa Wilkinson who also works as the HuffPost Australia editor-at-large.

Wilkinson started the evening with a video featuring highlights of what has happened at the site in the four weeks since what she called their “soft launch”. She then spoke about her most recent of two columns she has posted on the site which was an open letter to then PM Tony Abbott. “I suggested he might like to hand over the job of Minister for Women to somebody else. Unfortunately he seems to have totally misread what I said.”

Grusd has only been in his new job a fortnight, he arrived in Australia on Tuesday and flies out on Saturday. “The reason why I wanted to spend my second week in the job in Australia was to see the work done by a lot of talented people who are going to build The Huffington Post to be a true leader in the marketplace.” Grusd then paid tribute to the work done by Australian CEO Chris Janz.

Janz told Mediaweek that he and Fairfax were more than happy with the initial audience numbers. He pointed out that Nielsen doesn’t yet publish the traffic numbers for mobile users and The Huffington Post has 60% of its traffic from mobile.

Maguire told the guests that the two pieces Wilkinson had written for the new Australian website had been among the two best performing stories online since they launched. She said their newsroom is perhaps the most invigorated newsroom in Australia and they have the best journalists who are having a lot of fun. The staff numbers are now at 20 with new staff being added almost every week.

Maguire also paid tribute to the sites founder. “Every single day we are driven by the vision of Arianna Huffington. She is passionate about taking journalism into a sphere that has constructive coverage of the issues that affect people’s lives. I share that vision which is what attracted me to The Huffington Post.”