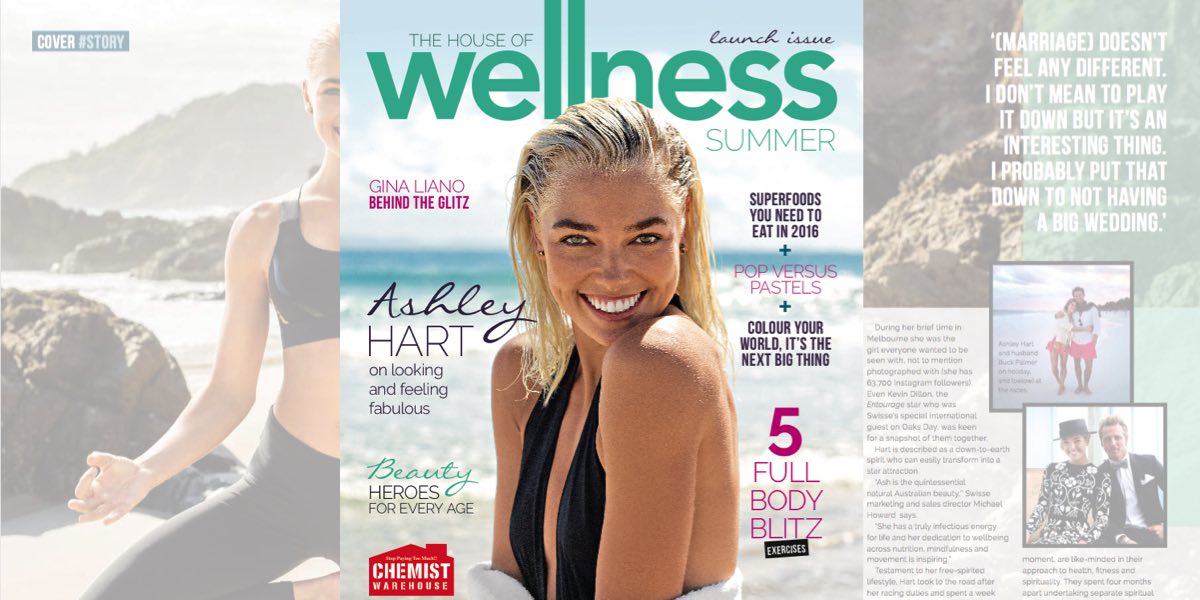 Earlier this year, News Corp announced it had partnered with Chemist Warehouse for a new quarterly magazine The House of Wellness.

In the latest readership figures for 12 months to December 2015, supermarket branded magazines such as Coles Magazine and Woolworths’ Fresh magazine are the only titles to retain a readership of 2.5 million plus.

“It’s really interesting that brands are looking to do these bespoke magazines,” The House of Wellness managing editor Fiona Welsh told Mediaweek. “These types of magazines are becoming models for brands. It’s been a really interesting exercise to help create a magazine.

“There are more opportunities out there for brands to be able to do these sorts of things these days.”

As a retail-branded title how much control does Chemist Warehouse exert on the content that goes into the title?

“We’ve got freedom with the editorial content we run. They certainly know what stories we have. There’s not been any involvement other than that we tell them these are the sorts of stories we are looking at and they leave us to do our thing,” Welsh said.

The first issue of the 100-page glossy, which came out on 17 January 2016, was distributed to Chemist Warehouse and News Corp’s Sunday newspaper customers for free. All the subsequent titles will have a price tag of $2. The next issue will hit the stands in March 2016.

Speaking about the magazine’s decision to come out as quarterly, Welsh said: “It was a seasonal approach for a start. It was also about testing the market. You want to take small steps when you are creating a magazine. It was a nice tie-in because we also do monthly lift-outs for Chemist Warehouse. So that monthly lift-out carries a lot of health advice and information as well.”

The magazine doesn’t fill any particular void in the beauty, health and fashion market, but provides readers with an alternative source of information, Welsh said.

“There is plenty of room for quite of few of these titles and I don’t see it as particularly filling a gap. I see it as something that gets out to a very big market with News Corp being able to provide with the weekend papers. That helps significantly. We have the ability to go into the Chemist Warehouse stores as well. This means the magazine gets out to a greater majority of people.”

Welsh pointed out that The House of Wellness is an evolving title: “It’s a lifestyle, wellbeing, health magazine, in that we do have scope for things such as travel, food, relationships, personalities and everyday people talking about how they stay happy and healthy. We are trying to give some people who are time poor a few tips and not overwhelm them with information, by making it interesting and fun.”

The title is for men and women alike.

“I don’t think we can be constrained by a particular demographic,” Welsh claimed.

“In some sense it’s the Chemist Warehouse target market, which is a demographic across the board.

“You could say it’s primarily a women’s magazine but we’ve found already that a lot of guys are looking at it and finding material and content that they are getting something out of.”

Asked about the possibility of seeing male models on the cover in the future, Welsh quickly replied: “You can indeed!”

The first issue of the magazine featured some big Australian names including model Jessica Hart and Real Housewives of Melbourne famed Gina Liano.

“We do use writers who contribute to other News Corp publications, but our content is provided purely for this magazine. It’s not used from other sources.”

Exclusive photos for the magazine are something Welsh will be looking to do more of in the future issues.

“We do a lot of photoshoots ourselves and that is something we are doing more of. Down the track, we certainly want to explore that more. It was a matter of timing and how much we could get ourselves sorted in terms of photoshoots before this magazine hit the shelf.”