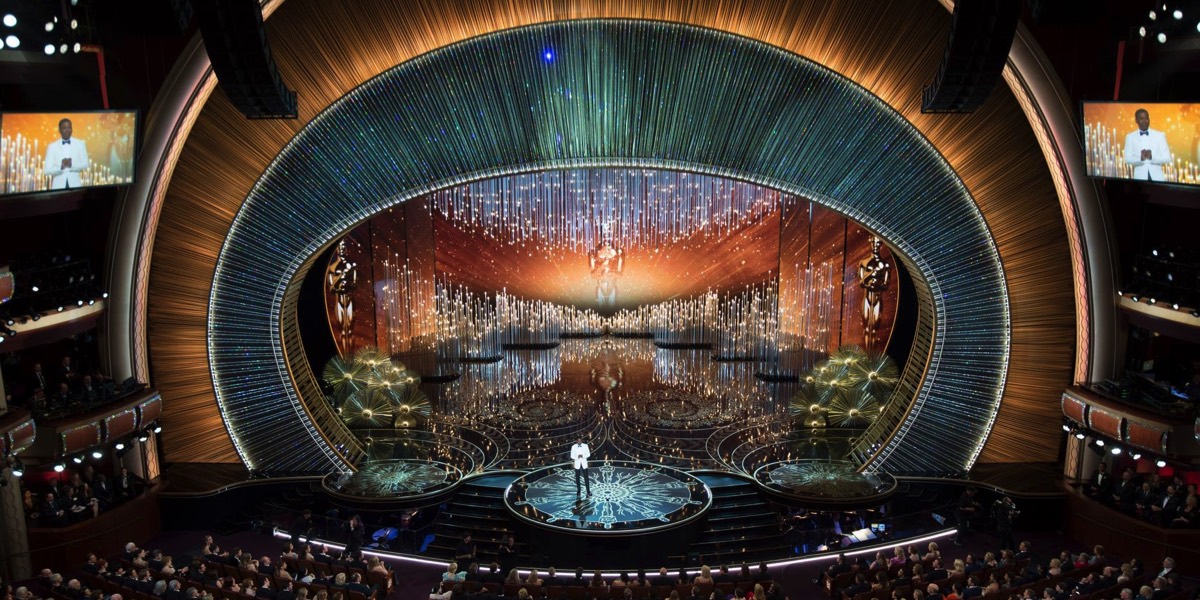 Nielsen has provided Twitter TV ratings for Monday’s Oscar telecast in Australia. Some of the highlights:

• Tweets about the Oscars reached a Unique Audience of 283.7K which accounted for 86% share of the Social TV universe for the day
• Activity reached a high at 3:56PM when Best Actor was announced for Leonardo DiCaprio, with fans sending over 2,000 tweets per minute
• Australians dominated the Oscar with 11 Aussies taking home awards. Mad Max received 6 Oscars
• The 88th Academy Awards is now the most social program to date of 2016 with nearly double the authors of the 2016 Grammy Awards.
• Activity was up compared to last year’s Oscars on nearly all key metrics (except Unique Audience – 2015 Oscars had 16.9K authors, 58.4K Tweets, 240.8K Unique Audience, 3.8M impressions) 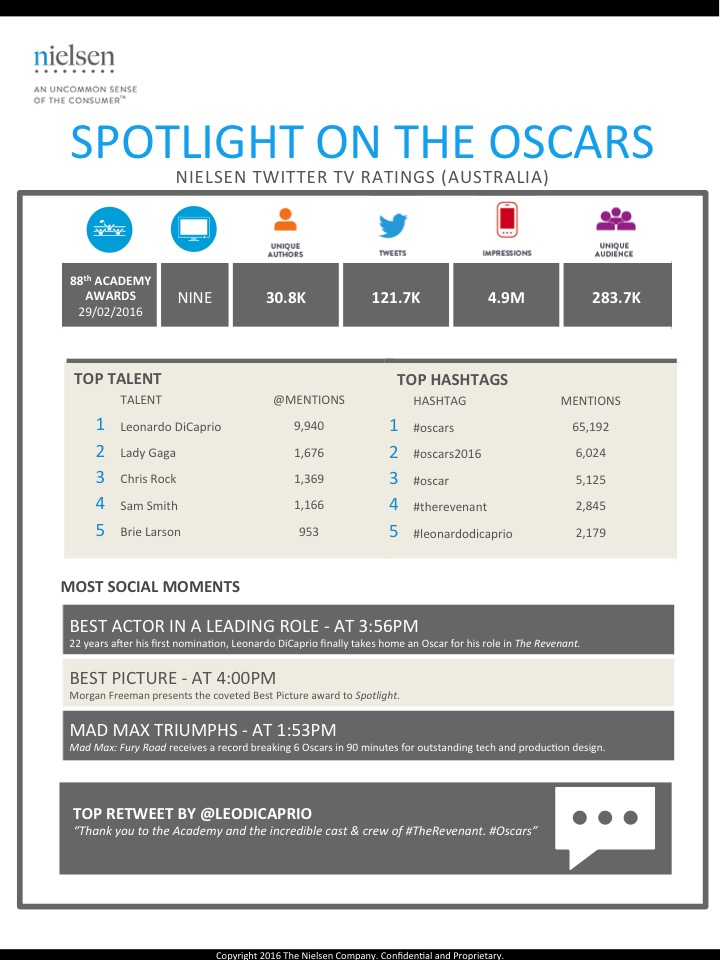