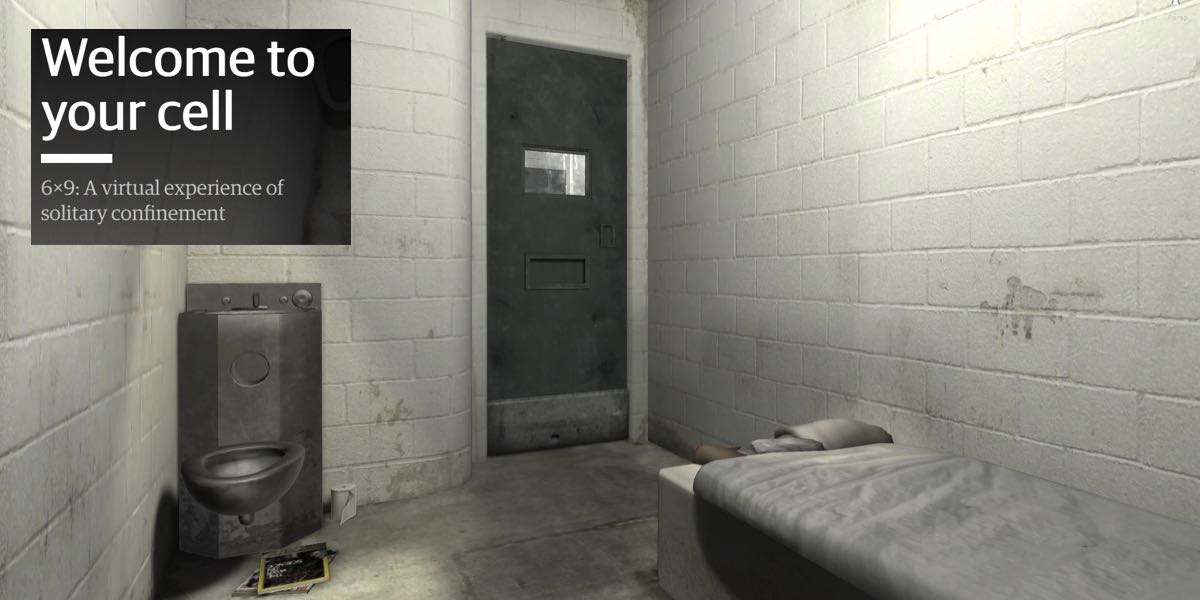 The Guardian has launched its first virtual reality (VR) piece 6×9 – a virtual experience of solitary confinement which places viewers in an interactive, virtual segregation cell.

The piece replicates the experience of solitary confinement for viewers with 360 degree imagery of dirty grey walls, a small bed, a used steel toilet in the corner of the room, and a small rectangular window above a small size desk with a books few scattered on it.

Throughout 6×9 the viewer will hear audio from interviews with seven former inmates who were in solitary confinement for between one and eight years in California and New York.  Throughout the experience they talk to viewers about what they can expect during the film.

The film aims to highlight the psychological deterioration and sensory deprivation that can be the effects of long-term solitary confinement for many of the people who have experienced it firsthand around the world – an estimated 80,000 to 100,000 of them in the United States alone.

Created in collaboration with content creation studio The Mill, 6×9 is a virtual cell built in CGI. The cell is a composite and uses references from a range of prisons throughout the US. 6×9 is one of the few VR documentaries that employ user interactivity and stories are triggered by the user through the experience. When inside the cell the viewer can interact with objects, learning what they can, and more importantly, what they can’t do in solitary confinement.

The project team also worked closely with academic psychologists Dr Terry Kupers and Dr Craig Haney who have studied the effects of solitary confinement for decades. Interviewed for 6×9, they explain the physiological effects the viewer experiences – from figures appearing in peripheral vision to the sensation of floating.

Hit play below to view the trailer in 360 video: