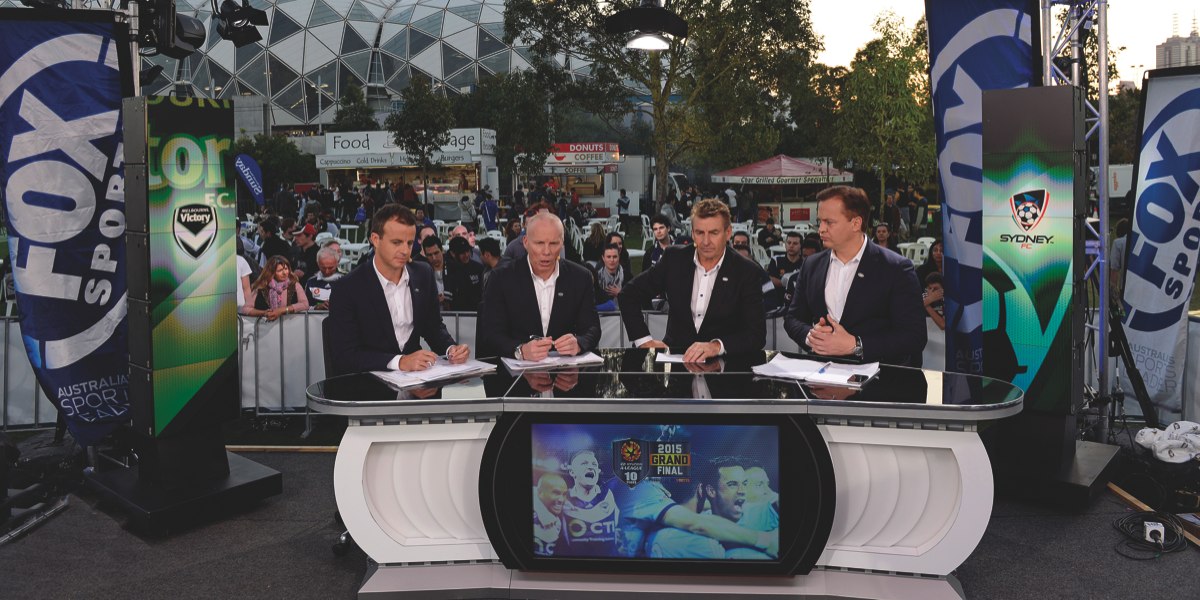 Head of television Gary Burns charts the evolution of Fox Sports: “You wouldn’t recognise it”

In what Fox Sports has been consistently plugging as its biggest-ever year of sport, head of television Gary Burns is having a hard time choosing his highlight. “I like them all a bit! But my highlights for the year would have to be the Cricket World Cup, and Australia winning the Asian Cup of Football – both of those events were fantastic,” he said.

This year, Fox Sports is home to the Netball World Cup, Rugby World Cup, marquee V8 programming, the Cricket World Cup plus other sporting events. So does Burns, who is in charge of both production and programming at the network, have trouble fitting it all in? “It’s no challenge at all fitting in the marquee events. The Cricket World Cup had its own channel, as will the upcoming Rugby and Netball World Cups later this year. We’ve got five channels to play with,” he explained.

Although there’s plenty of space on the channels, coordinating the necessary OBs for sports can be a headache he said. “At certain times of the year, it’s a massive logistical challenge for us. March, April and May are always a nightmare. If you look at the combination of the Cricket World Cup, the A League season, the start of the NRL, the start of the AFL, the start of Super Rugby and everything else, there is a lot to cover.”

So does Burns get all the rights that he wants? “I’d like a world cup in anything! It’s always a great event. But the subscription television model is more based on home and away seasons, rather than one-off events. People who tend to subscribe to Fox Sports do so to follow their team. Yes, they will follow their country as well but they really want to follow their team in their main sport. We have so many sports in this county, and we have a great quality of competition in our national leagues.”

The veteran sports broadcaster, who came to Fox Sports after many years as head of sports at Channel Nine, said that a marked difference in the roles was the pressure around advertising. “Our model is making money from selling subscriptions, and anything else is just a bit of cream on the top. Advertising isn’t a helluva presence in my world, certainly not compared to if I was still at FTA. It’s good!”

That doesn’t mean the pressure is off. “There’s no relief. You have to get it to air, hopefully to a big audience. FTA doesn’t have five channels, but we have to fill them up. We also do a lot of live broadcasting and OBs, which take time and resources, and are always high pressure. We also do a lot of studio shows, and the pressure is still there. Although we’re a little bit handicapped not going to air in every household like FTA potentially does, we still take an interest in ratings. We’re got a barometer about whether we’re doing things right,” Burns continued.

When we asked Burns about the evolution at Fox Sports since he joined, he said that the channel had changed considerably. “You wouldn’t recognise Fox Sports two and a half years ago compared to what it is today. That’s not so true of FTA at the moment, but it probably will be in three-and-a-half years.

“It’s a bit of digital, since Australia in general has finally woken up and come to terms with digital. It was a bit of a head scratcher for a while, mainly around what to do and how to make a buck out of it. That’s really starting to come, and it’s a growth part of the industry.

“Content-wise we’ve changed too, particularly the evolution of our magazine shows. They are more sophisticated and more open to audience. Previously we didn’t do a lot of them. There was a belief that people bought Fox Sports for the live sporting broadcasts, not because they wanted that. But it helps us keep the conversation going between the live sporting matches. It retains that base audience, and on weekends we grow it a bit. We keep people involved and engaged in their sport.”