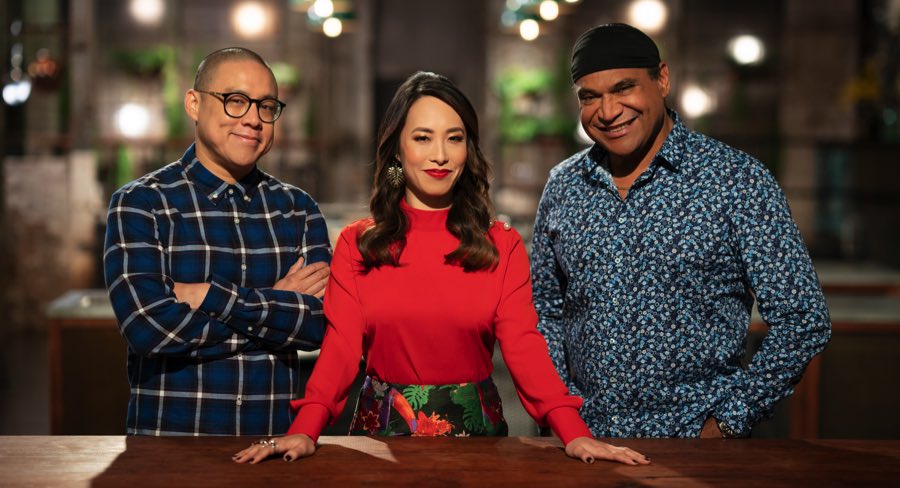 The second season of the reality cooking show is produced by Eureka.

Eureka’s reality cooking TV show for SBS, The Chefs’ Line, will return for a second season on August 6.

The show sees participants and chefs from different backgrounds showcasing their skills every week, with 10 different cuisines explored over 10 weeks.

Executive chef Dan Hong, chef Mark Olive and food writer Melissa Leong will be the three judges this season. Each night, one judge will blind taste the dishes and ultimately decide which is the best plate on the pass.

SBS director of television and online content Marshall Heald said: “Effortlessly diverse with different restaurants, cuisines and home cooks each week, The Chefs’ Line challenges our belief of what makes a great cook – passion or experience?

“Educating and enticing viewers with its exploration of multicultural food, it’s amazing and refreshing to see how much passion and raw talent there is from home cooks across Australia. We are meeting passionate people from all walks of life who are catering to our limitless desire for new tastes and flavours.”

Chris Culvenor, Co-CEO of Eureka, said: “The passion and skill showcased in The Chefs’ Line has struck a chord with audiences in Australia and around the world. Eureka is thrilled by the premiere of series two and that our partnership with SBS has launched an original Australian format to international success.”

The first season of The Chefs’ Line Australia has screened in more than 20 territories including the UK, India, Canada, the Philippines, Finland, Poland and The Netherlands. A Dutch version is currently screening in The Netherlands.

The Chefs’ Line will premiere August 6. It will air at 6pm weeknights on SBS, followed by an encore screening at 9.30pm on SBS Food Network. Episodes from the series will be available on SBS On Demand after broadcast.