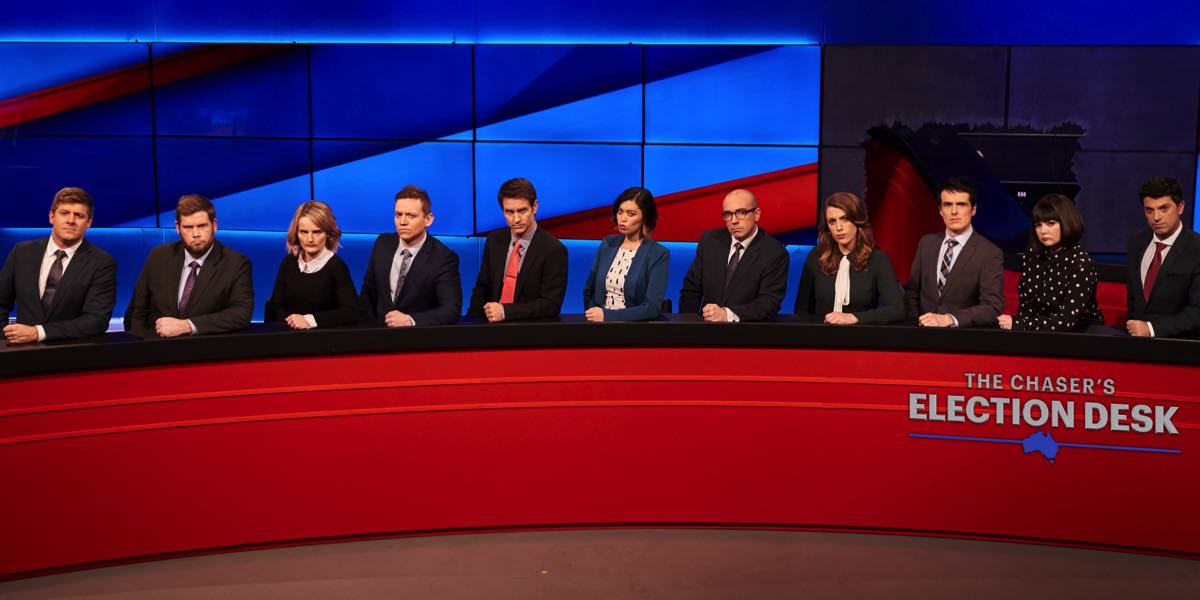 “We thought, during an election is probably not a bad time to do a few stunts. It’s a perfect opportunity. And taking the piss out of politicians, you can’t really go wrong.”

It wouldn’t be a Federal election without the Chaser causing shenanigans. The Chaser team returned to television screens this week with The Chaser’s Election Desk. And with their on-screen return as a team, they brought back the thing they became known for: stunts.

After becoming household names for their outlandish stunts on The Chaser’s War on Everything, the team moved away from stunts for Chaser shows like The Hamster Wheel.

The Chaser’s Chas Licciardello explained that it became evident that the audience is still hungry for the stunts: “For the last six years, 90% of the time I get recognised people ask when the Chaser is coming back. We’ve been making shows for five straight years. And then you realise they don’t actually care about anything else you make. They just want to know when the stunts are coming back. We thought, during an election is probably not a bad time to do a few stunts. It’s a perfect opportunity. And taking the piss out of politicians, you can’t really go wrong.”

Part of the difficulty in doing so many stunts for a TV show was that very quickly the Chaser team would be recognised.

“We’ve got all of these new people who work with us who no one recognises, so we might as well take advantage of that to really fuck up some politicians,” Licciardello said with a laugh.

While most of the team will be seen on the new show, as with other Chaser ventures some members of the team have opted to sit this show out.

“We kind of jump in and jump out,” Licciardello explained.

“Charles [Firth] is working on the election show right now. He’s been doing some writing for it. He’s been away for ages. He just decided he is interested again. Chris [Taylor] hasn’t had anything to do with The Checkout and I don’t think he has anything to do with this show either. He’s working on narrative comedy at the moment. When he wants to jump back in, he’ll jump back in.”

Licciardello scoffed at the suggestion of a rift in the team: “There’s no rifts or anything like that. If there was a rift, I’d jump and join Chris. I’d go with the strength.”

While he has been a mainstay in almost every Chaser TV series, Licciardello has opted not to participate in previous productions, such as 2012’s The Unbelievable Truth panel show. 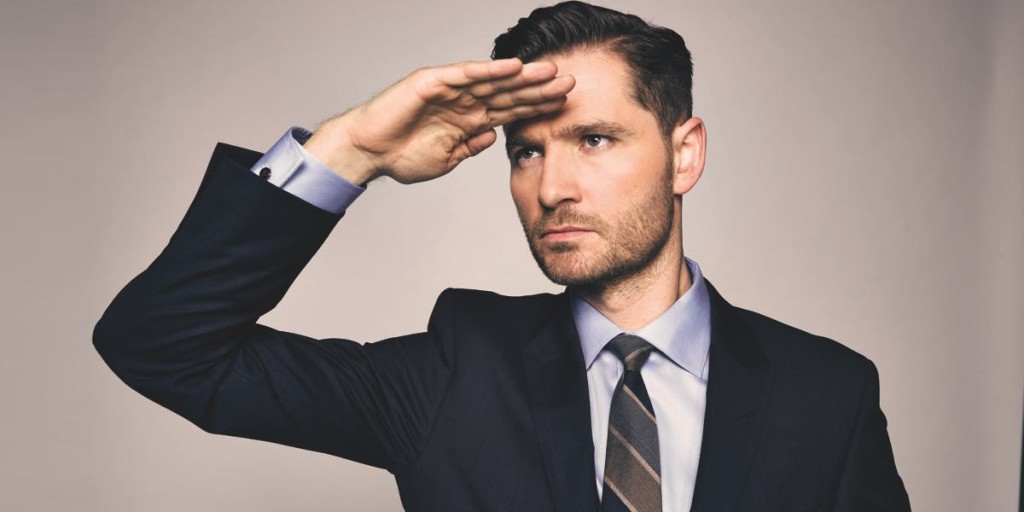 These days, in addition to a behind the camera role for consumer affairs show The Checkout, Licciardello co-hosts the ABC News 24 US election discussion show Planet America. The launch of The Chaser’s Election Desk, however, has meant he has had to step away for the next month, replaced by Charlie Pickering.

Talking to Licciardello, it is clear that he enjoys the diversity of his work and the ability to pick and choose projects that he is passionate about.

“We should do more of it,” he said. “What’s been a problem in the past is that almost all of us work on one show and work ourselves to the bone. So there’s no one else to work on any other shows. For a production company, we don’t make many shows and they’re usually just shows that we’re on, which is a pretty shit production company. We’d like to get a situation where we split up a bit and make two shows at once, but we haven’t quite juggled that yet.”