How do you find volunteers to appear on a reality show when you are just giving them $100,000? While there would be no shortage of volunteers, the volume of applicants would be too much to handle. For new observational documentary series The Briefcase, volunteers were told they were applying for a different show.

“The family needs to have a surprise that the family doesn’t know that they are going to be given a briefcase of $100,000 cash,” explained Nine programming director Andrew Blackwell. “We wanted to find ordinary middle-class families that had fallen on hard times. We said that we wanted to come and film them for a show called Making Ends Meet to give them some financial advice. That’s how we found these people. It wasn’t people putting up their hands for help. It was people looking to share their story of what happened to them. It was certainly not families after a hand-out.”

The show, which was produced in-house by Nine through its new production division helmed by former Endemol chief Janeen Faithfull and former Endemol producer Trent Chapman, developed a relationship with the contestants and filmed their back stories through interviews. Without knowing about it, a briefcase arrived on their door advising them of the rules of the game.

Participants are given the money and then issued the moral decision as to whether to keep all of the money, or to give some or all of it to another deserving family.

“At that stage, if there were any family that didn’t want to participate, they didn’t have to. They could have said no and pulled out. That didn’t happen at all,” Blackwell revealed.

“We won’t force anyone to participate in one of our shows,” he said. No show participants opted out of the series, which doesn’t surprise Blackwell.

“I don’t think it’s a big stretch – if you’ve got financial problems and someone gives you $100,000 and the money is yours and there are no other rules, you’d have to be crazy to say no, thank you.” 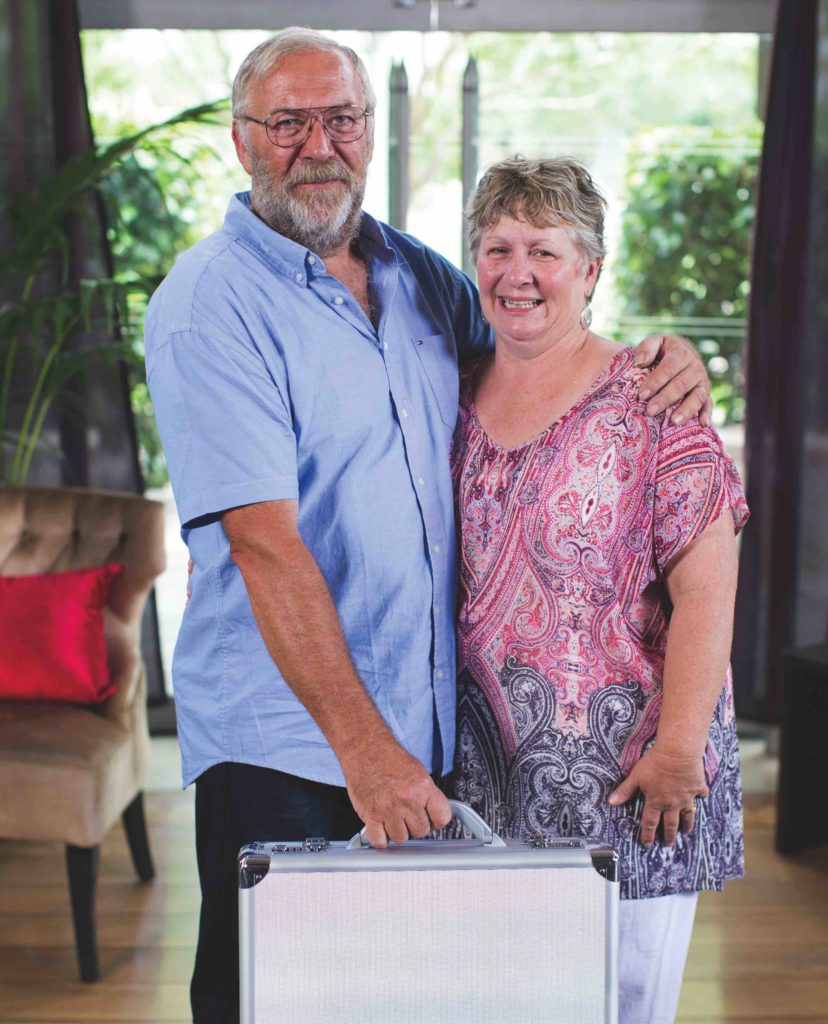 Prior to the show’s launch, The Briefcase developed notoriety thanks to a review by Fairfax entertainment reporter Michael Lallo who labelled the series “Australia’s most exploitative reality show” in a scathing pan of the morality of the show.

The criticism hasn’t fazed Blackwell who explained that Nine is looking to court controversial shows that cut through culturally and generate some noise.

“I’m not going to say that the show has no edge. It is controversial. We’ve been honest with our promos. We have said it is controversial. It’s a moral dilemma. We haven’t hidden from the fact it may outrage some people. I would ask people to have a look and make their own judgment.

“If you just commission a show that is like everything else and just sits there, why is someone going to watch it? We look for shows that are going to create some noise and be a little bit different,” he said.

The show follows in the footsteps of Married at First Sight, another Nine observational series that generated mild outrage at its launch from marriage equality advocates who claimed the show trivialised marriage at a time when the traditions of marriage were being debated. From launch Married at First Sight caught on with audiences, with a second season having now aired and a third on the way.

“We had a lot of success with Married at First Sight, which was controversial at the time. There was a petition saying that we shouldn’t have made the show, it shouldn’t go to air. People then saw the show and realised it was authentic. These were genuinely people looking for love. We had great success with it,” he said.

That show’s success is proof for Blackwell that any controversy surrounding The Briefcase will be short-lived. “When we heard the idea for this show, which was created in the US, I thought it would be a great show for us because it’s another social experiment and puts people through a moral dilemma. Every single family that has participated in the show said it has changed their life. Not just from getting the money. From opening their eyes and being [made aware] that everyone else has issues and they’re not alone. That’s the reason I love the show.”

Blackwell likened the controversy to that of SBS ob-doc Struggle Street.

“People then went and looked at the show and, just like with Married, they saw that it was genuine. It wasn’t exploiting people. People were participating in the show and they walked away happy with the experience. I’d like people to watch this show and judge for themselves and see whether they think it exploits. I can tell you, we have all the families that have participated and each one is delighted with the experience. They don’t feel like they have been exploited and every single one of them has said it was a very positive experience which has changed their lives,” Blackwell said. 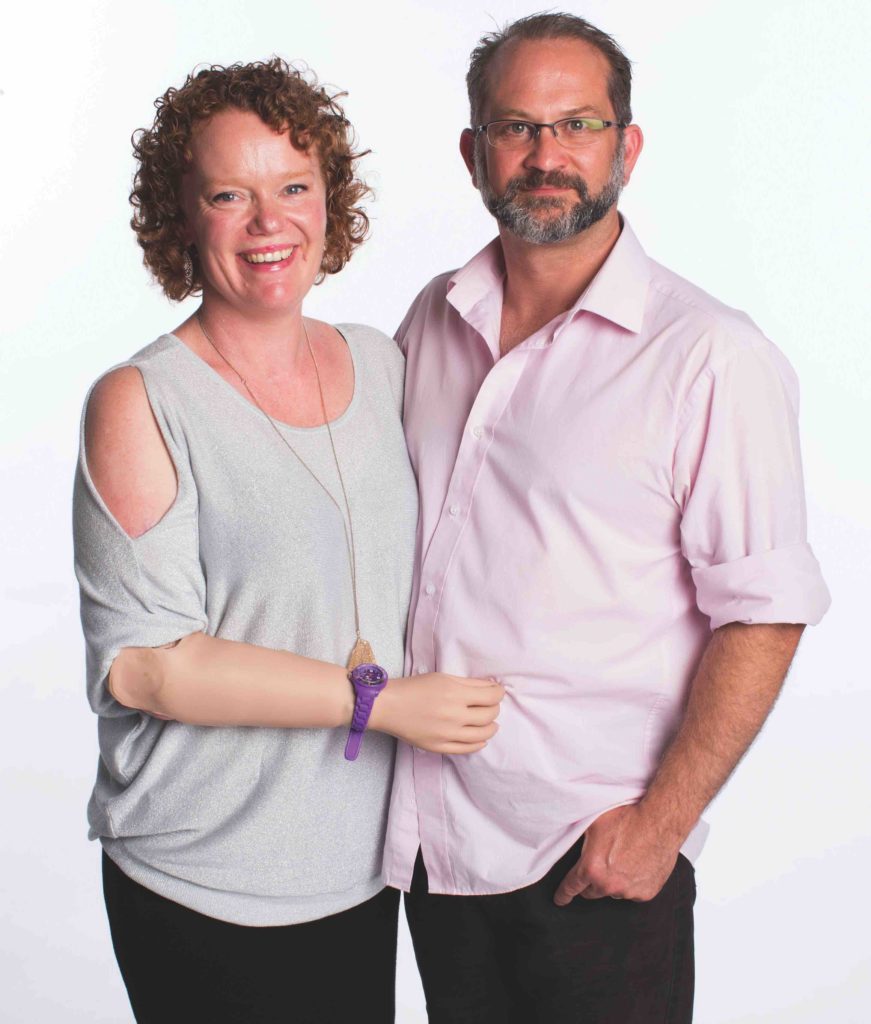 At the Seven upfronts for 2016, Seven announced its intention to produce a very similar series based on a UK format The Day The Cash Came.

“We commissioned The Briefcase prior to them picking up that program. We were already in production on the show when they announced they were doing that. My understanding with the Seven show is they are doing just the pilot and I actually heard it might be off,” Blackwell suggested.

Seven has confirmed that it won’t be proceeding with the show.

“We have launched a number of successful new franchises, including Seven Year Switch and First Dates. We also have a large slate of new projects in development and production focusing on our schedules following the Olympic Games and into 2017 and based on these projects, we have made the decision not to proceed with The Day The Cash Came at this point,” a Seven spokesperson advised.

For Nine, Andrew Blackwell believes the network is best off focused on the broad-tent strategy it employs. As long as viewers who fall within the networks 25-54 demographic are watching, Blackwell is not concerned with chasing after a perceived typical Nine viewer.

“We target 25- to 54-year-olds and we rarely target everyone within that group. Our audience varies. We have NRL, which is 25-54 with a male skew. We have 60 Minutes, which has an older skew. We have the drama Love Child, which has a 25-54 female skew. It’s always in that middle part of the market. My job is to pick up every viewer we can within that demographic group. It would be a big mistake as a programmer to target only one segment of that audience. We would be stupid to target just one segment of that audience,” he explained.