Five couples must transform the five dilapidated houses into five luxury homes, delivering a room each week to be judged and scored.

The five period homes from the 1910s, 20s, 30s, 40s and 50s have been uprooted and transported to a 2761-square metre block of land in the affluent suburb of Brighton in Melbourne, within walking distance of the beach and minutes from the Brighton Beach Boxes. 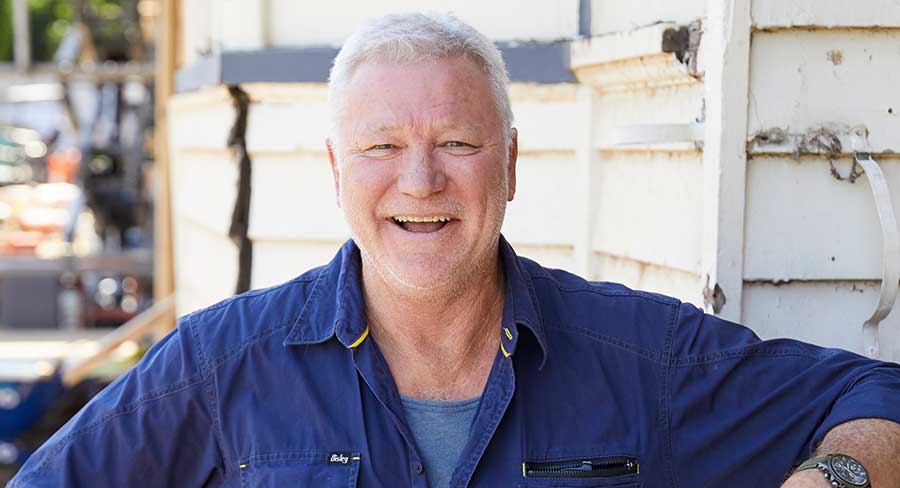 “We always change our show up and make it fresh and I think this is a great way of doing that, by having houses themed according to different decades,” says the host of The Block, Scott Cam.

“I love that we are getting back to renovating family homes as well. People can watch The Block and see what the contestants are doing and get inspired to do it themselves.”

This year The Block encountered something that could never be planned for: dealing with a global health pandemic.

This will be the season that goes down in history as it captures the first ever shutdown of The Block, and the way the program was able to resume production in a world dealing with the upheaval of COVID-19.

“It was an incredibly tough decision, but I firmly believe it was the right thing to do,” says executive producer, Julian Cress. “At the time it was kind of heartbreaking, but we were able to get our contestants back to their kids and loved ones, which was the most important thing.”

“It has been really tough, but the contestants and the crew have been fantastic,” said Cam. “We got through it and we are all very proud.” 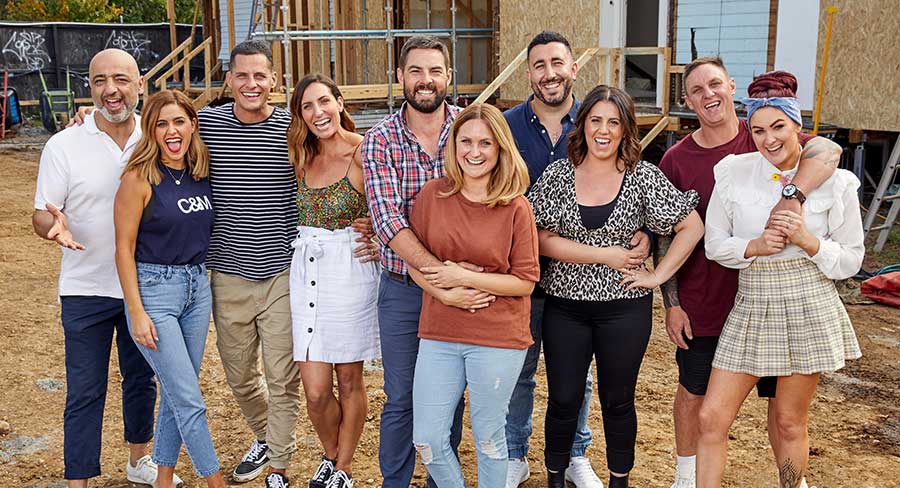 Architect Julian Brenchley has designed the renovations, which maintain the five old period houses and include new two-storey extensions at the rear. Each house now has at least four bedrooms, three bathrooms, a huge kitchen, dining and living area, plus a double garage with a studio.

“This time around we looked at preserving some of the period aspects of each house,” Cress said. “It’s been really interesting to explore five different renovations of five houses, because in the past they were all roughly the same design.”

For the first time on The Block each one will also have its own swimming pool.

The location – Brighton at a glance

• Brighton is 12 kilometres from the Melbourne CBD.
• Famous residents include Eric Bana, Shane Warne, Chris and Rebecca Judd, Todd Woodbridge, Shane Crawford and Brendan Fevola.
• The median price for a four-bedroom house is $2.9 million.
• The median price for a five-bedroom house is $3.68 million.
• The last reported sale of a rare Brighton Beach Box was a remarkable $340,000 in 2019.
• In affluent Brighton, 74 per cent of residents own their own home while 26 per cent rent.
• Famous landmarks as well as the Brighton Beach Boxes include the Brighton Baths, home of the famous Icebergers cold water swimming squad.
• The suburb is known for incredible churches and beautiful schools.
• Bay Street is the centre of Brighton, with many cafés and the famous Palace Brighton cinema.
• Brighton is easily accessible via Melbourne’s Nepean Highway.