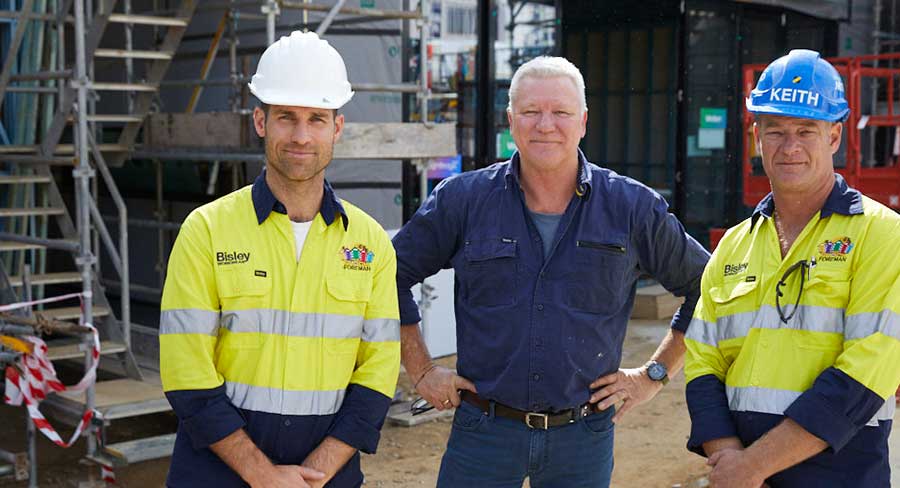 Australia’s longest running reality program, The Block, returns for it’s 16th season at 7.00 pm Sunday, August 23, on Nine and 9Now. Below is everything you need to know about the hosts, judges & foremen. Cam celebrates a huge milestone in 2020 with 20 years on air at Channel Nine. He started in the cast of Backyard Blitz, and as well as The Block he has been involved in programs including Reno Rumble and Domestic Blitz.

Initially, Cam thought getting a few episodes on Backyard Blitz would have been a success.

“I thought if I get a year out of this, it’s going to be unbelievable,” he said. Little did he know that he would go on to become one of Australia’s most enduring television hosts, winning a TV Week Gold Logie back in 2014.

Cam stays in Melbourne while The Block is filmed, but home is in Sydney with his family: wife Ann and their three children, Charlie, 24, and twins Billy and Sarah, 21.

The Block Brighton is Scott Cam’s 14th build as the program host, and he thought he had seen it all until this year.

Cam says COVID-19, and what the contestants have gone through, adds a whole new challenge to the show that no one could have predicted.

“We were trying to do an easier build than last year at The Oslo, which was definitely the most difficult,” he said.

“As it turns out we were dealing with a pandemic while filming The Block and I think it has actually been harder for the contestants than ever before.” 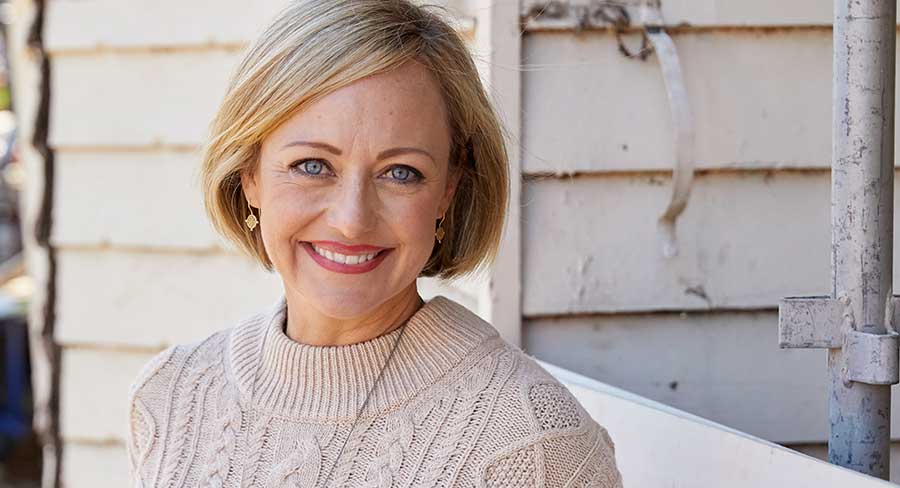 The Block Brighton will be Shelley Craft’s 13th series, after first appearing as the co-host alongside Cam in 2011 in the Richmond production.

This year she is hosting the challenges alongside Cam from “Shelley’s HQ”. A new addition to The Block, Shelley’s HQ was created for the contestants after the COVID-19 production break to ensure a safe working environment.

Living in Byron Bay with her husband Christian, their daughters Milla, 9, and Eadie, 7, Craft finds The Block an ideal television gig.

“It’s such a great balance for me,” she said. “As a working parent, to be able to fit it all into a 12-week production block and still be able to do canteen duties at school is something I am so grateful for.” 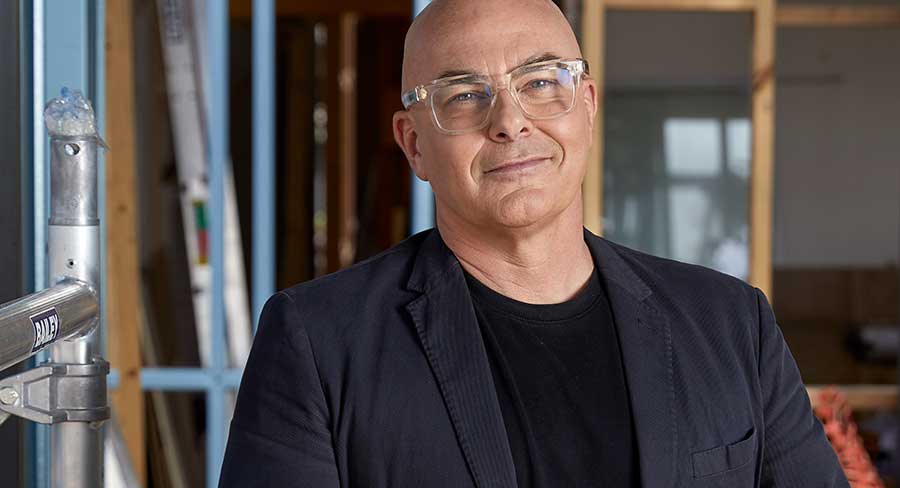 The Block judge Neale Whitaker celebrates his 10th year on the program in 2020, bringing his experience and taste as former editor of Belle and Vogue Living to the show.

“If someone told me at the time that I would still be doing this gig ten years down the track, I would have laughed,” he said. “I certainly didn’t think this job would have that kind of longevity, but it is wonderful that it has.”

Working on The Block with Shaynna Blaze and Darren Palmer, Whitaker has cooked up the sort of on-air chemistry that is unusual in television. He says it’s because they are all different personalities and friends off camera.

“Shaynna and Darren bring a much more detailed eye to the judging because of their background, where for me it’s about that all-important emotional connection,” he said.

Whitaker said it was interesting to see how the contestants interpreted this year’s renovation theme for The Block Brighton.

“It’s a fine balance, adapting elements of the style of the era and including the present day. I think viewers will find that fascinating.” 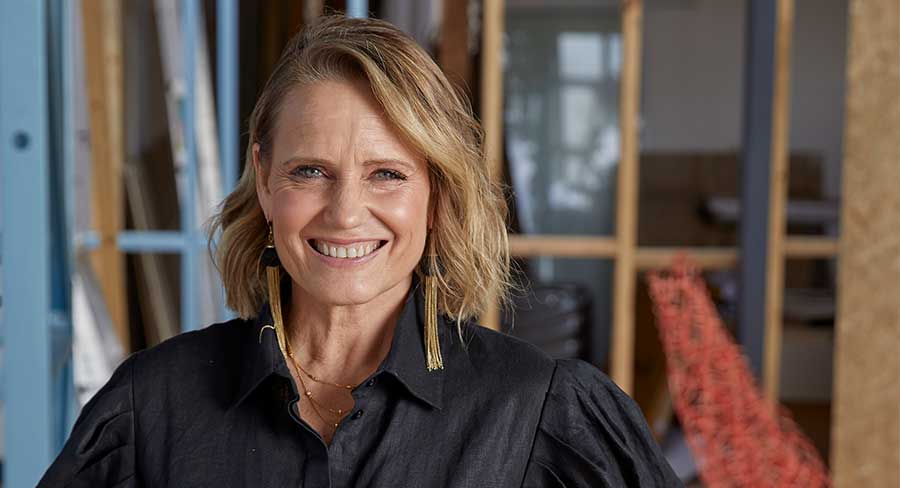 Melbourne’s Shaynna Blaze has become one of Australia’s favourite television personalities over the past decade.

An accomplished interior designer, as well as a singer, artist and author, Blaze still enjoys her judging job as much as she did when she started out on The Block eight years ago.

“None of what we say is scripted and we are never coerced into saying anything,” she says. “That’s the magic of it.”

The Block Brighton will be Blaze’s 12th season on the show, and she still gets butterflies before a reveal.

“I get really excited to see what the contestants can bring to the table, but I also get really nervous for them if things go wrong. There is never a dull moment on this show.”

She too is a fan of the renovation concept that gives each couple their own era of design to work on from the 1910s to the 1950s.

“I think for a couple of series we were seeing a bit of the same thing, then last year they really upped the ante and broke the mould, pushing the envelope and showing so much personality.

“This series it is even better. We are seeing things we have never seen people do. You get people who aren’t professionals coming up with all these exciting ideas, and it’s a thrill to watch.” 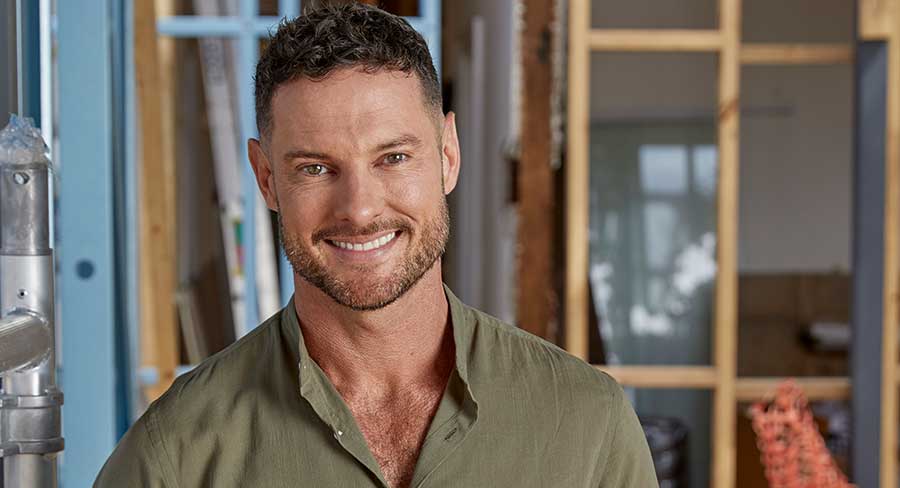 Interior designer Darren Palmer has brought a rare kind of insight to his role as a judge since he joined The Block eight years ago.

He knows exactly what the contestants are going through as he was the runner-up in the interior design reality TV show homeMADE in 2009.

This made him hesitant when giving constructive criticism to contestants, but now he’s more likely to give that criticism, because he knows authenticity is important to the contestants and the final result of the houses.

He says: “The viewers will be able to see the impact of world events on interior architecture and interior design of the time, and how that is going to influence the contestants.

“It’s a real challenge to honour those periods in the old part of the house, and then there’s the complexity of marrying that into a brand-new section of the house out the back. It’s a fantastic juxtaposition.” 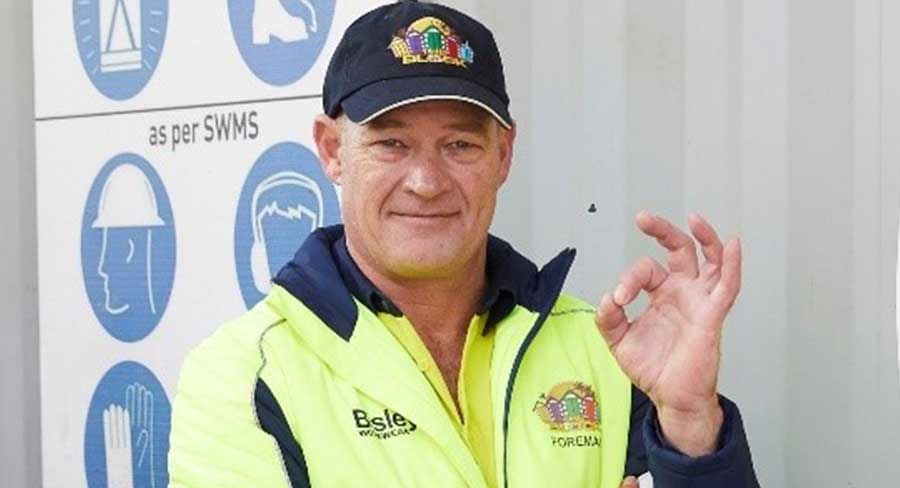 Over the years, foreman Keith “The Blockinator” Schleiger has become an integral part of the build on The Block.

Schleiger may sometimes clash with contestants, but he wants to see them deliver a house that is built with care, to an impeccably high standard, come auction day.

“All we do is try and point out problems, whether it be to contestants or tradesmen, to make sure things are done properly,” he said.

“Dan and I (Schleiger’s co-foreman Dan Reilly) clash at times with the contestants and sometimes they aren’t happy to see us, but we have their best interests at heart.” 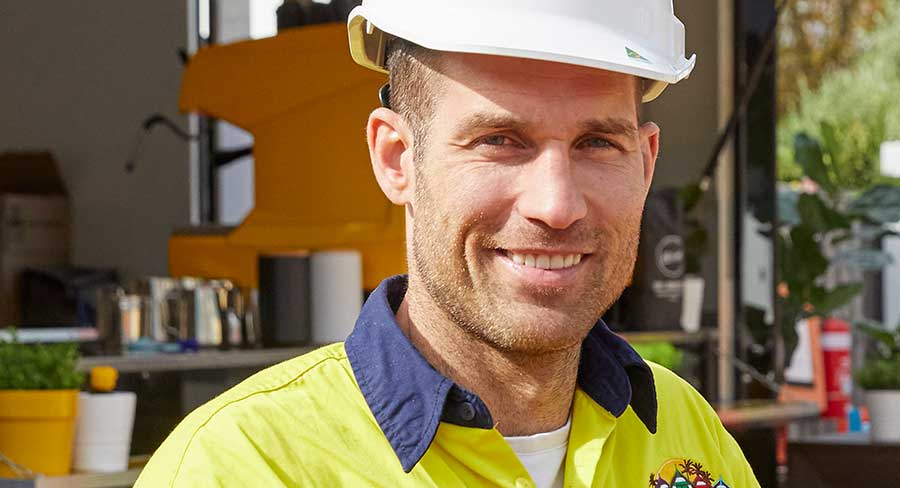 A contestant on The Block in 2012 with his wife Dani, Dan Reilly knows exactly how tough this show is for the contestants.

That’s why in his role as co-foreman alongside Schleiger he brings a special wealth of experience and knowledge to The Block.

This year he believes the contestants are more inclined to listen and take the advice and guidance he gives them.

“The difference is this year they seem to be listening to us more. One thing a lot of contestants in the past haven’t realised is that Keith and I are actually on their side. All we are trying to do is make sure the houses are the best they can be. We want them to deliver a product that can sell for the highest price at auction day.”

Reilly’s wife Dani is part of The Block Brighton this year. The couple walk through the rooms on a Sunday and give their thoughts for The Block website.