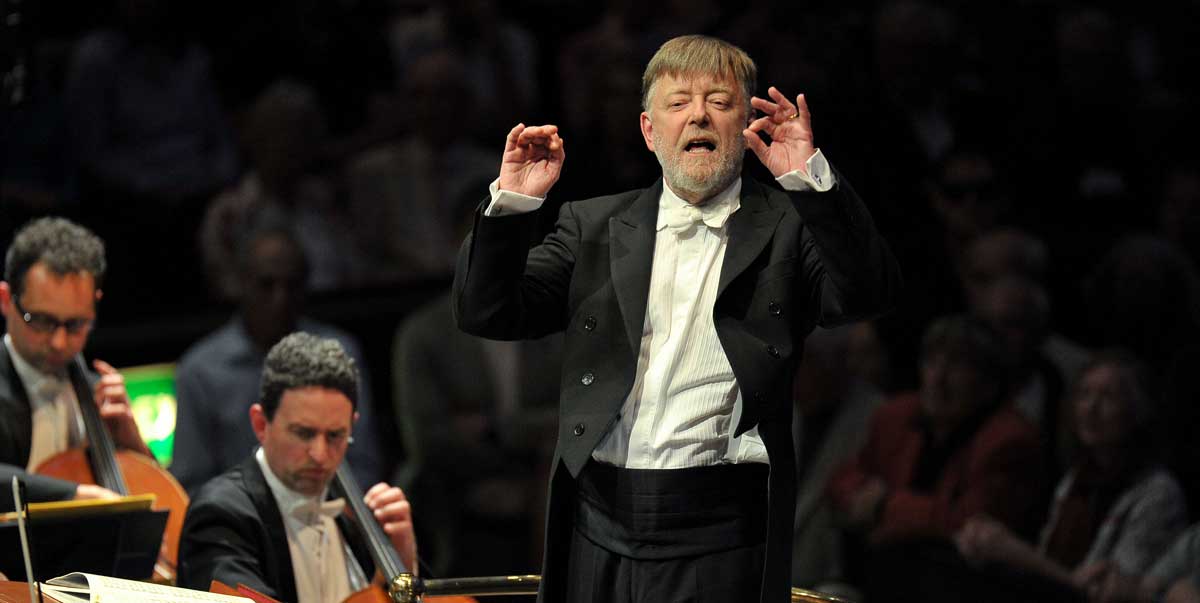 For the first time, the BBC Proms are coming to Australia with an event to be held in Melbourne

The BBC Proms, the world’s largest classical music festival, is coming to Melbourne in 2016 for a limited debut season. Held over four days from April 13-16, 2016 at Hamer Hall, Arts Centre Melbourne, BBC Proms Australia will bring the magic of the Proms to Australian audiences. This is the first time the Proms has been held outside of the UK in this way. It will also mark the first time that orchestras from three Australian cities have played together in one program.

The event will showcase the talents of a range of musicians, offering a mix of traditional repertoire alongside new Australian commissions from Nigel Westlake and Gordon Hamilton. Iconic works from Berlioz, Bernstein and Saint-Saëns stand side by side with contemporary pieces such as Gordon Hamilton’s Thum Prints.

BBC Proms Australia will also include the stunning Life Story Prom, based on the landmark BBC series of the same name and premiered in the 2015 BBC Proms in London, narrated for television by Sir David Attenborough. Life Story will feature the Queensland Symphony Orchestra performing excerpts of Murray Gold’s original score with footage sequences played on the big screen.

This festival of classical music will come to a climax with the Last Night of the Proms, an evening of popular favourites to round off the Australian season in traditional BBC Proms style. Audiences will be in the capable hands of British conductor Sir Andrew Davis, who has conducted more ‘Last Nights’ than any other modern conductor. The Melbourne Symphony Orchestra will perform Last Night staples including Rule Britannia and Jerusalem, alongside Australian works and many other crowd favourites.

In keeping with the Proms tradition, a limited number of tickets for all performances will be held back for sale on the door each night at a reduced rate of $20.

For younger audiences, The Sydney Youth Orchestra will perform Classics for Kids. Aimed at children 2-6 years old and conducted and narrated by legendary music educator John Ockwell, these interactive concerts feature repertoire by history’s most popular classical composers, especially Haydn and Mozart. The concerts will be presented by CBeebies with a special guest appearance by costume character Hey Duggee.

In addition to these performances, BBC Proms Australia will include a series of talks, giving audiences extra context around the music, with insights from the conductors and musicians themselves.

Now in its 121st year, BBC Proms, as part of BBC Music, is a much-loved British tradition that aims to bring the best classical music to as wide an audience as possible. In the UK, BBC Proms is an eight-week summer season of concerts, talks, workshops and family events, culminating in the famous Last Night of the Proms at London’s Royal Albert Hall. Enthusiasm for the BBC Proms has never been higher, with the 2015 BBC Proms season attracting 300,000 attendees across 88 concerts. In the spirit of its founding mission to make the best music available to everyone, BBC Proms reached millions more music lovers via BBC radio, television and online.

Helen Pendlebury, Head of Business Development, BBC Worldwide Australia and New Zealand said: “It is an honour to be bringing BBC Proms to Australia. Every year in the UK, the Proms captures the hearts and minds of British music lovers and we are thrilled to be bringing a flavour of the world’s greatest classical music festival to Australian audiences. Melbourne is known for its rich cultural heritage and is the perfect city to play host to this much-loved event”.

Edward Blakeman, Director of BBC Proms 2015 in London comments: “It’s hugely exciting to be launching BBC Proms Australia in Melbourne, giving audiences a chance to experience the world’s greatest classical music festival in an entirely new live setting. I hope this taster of what the BBC Proms is about – bringing great classical music to the widest audience – will be a fantastic musical adventure, with four days of spectacular music-making led by a good friend of the Proms, Sir Andrew Davis. Whatever you come to, I hope you find something new to enjoy and have a wonderful time.” Chief Conductor of the MSO, Sir Andrew Davis, said: “The BBC Proms have played an enormously important part in my life ever since my aunt took me to my first one when I was eight – the first time I had heard an orchestra live. When I actually came to conduct a Prom for the first time in 1971 it was the fulfilment of a dream, as was the occasion 43 years later when the MSO and I performed there last year. One of the works we played was Berlioz’s Symphonie Fantastique which is on the programme of the opening concert in this extraordinary Melbourne Proms week. All through the ’90s, when I was Chief Conductor of the BBC Symphony Orchestra, I led many Prom concerts, not least the famous Last Nights, which in their exuberance and sense of fun were always a fitting end to what is, in my opinion, the most important orchestral music festival in the world. I thank the BBC for having the wisdom to export this taster of the Proms to Melbourne.”

BBC Proms Australia is supported by the GREAT Britain campaign.

British High Commissioner to Australia HE Menna Rawlings CMG said “we are delighted to support BBC Worldwide ANZ in bringing this iconic festival of classical music to Australia. The GREAT Britain campaign shares the BBC Proms’ ambition of celebrating tradition with a modern edge by delivering world-class performance and showcasing UK cultural creativity.”