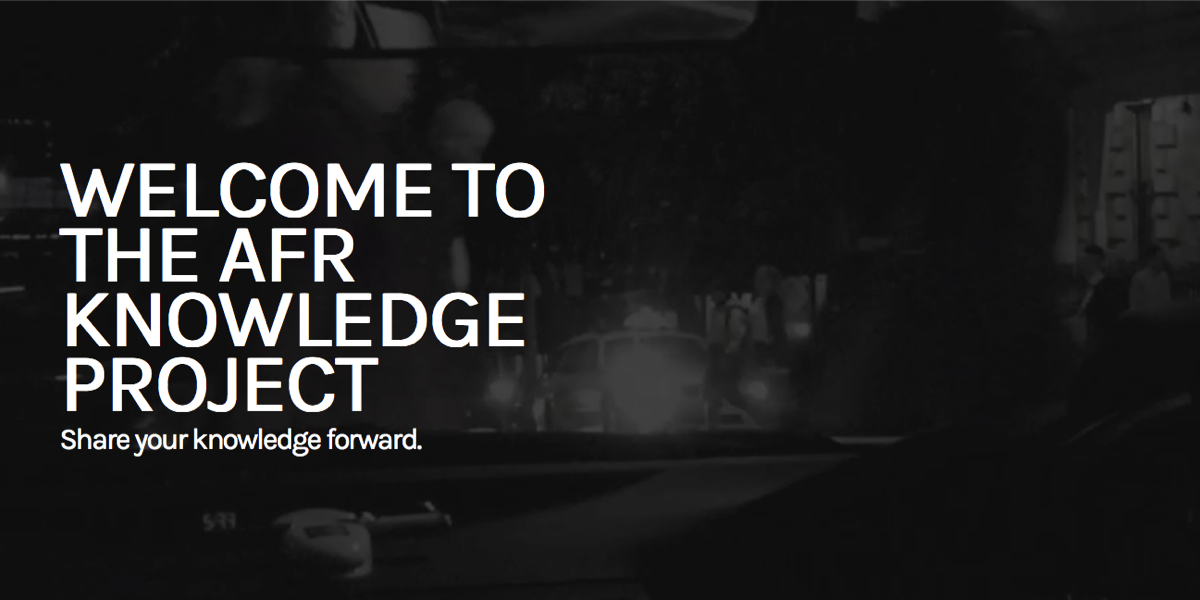 The Australian Financial Review has launched a trade marketing campaign, The AFR Knowledge Project, to collect and share knowledge from senior executives and influencers, including those in the marketing and media industries.

The campaign launched this week and invites media, marketing, business, political and celebrity leaders and influencers to share one piece of knowledge they would like to pass on. The video submissions will be made into a short film that will be shown at a special screening and also featured in the Financial Review to share the knowledge forward.

The campaign is a natural extension of the Financial Review’s vital role in building the knowledge of the Australian business and finance community.

The AFR Knowledge Project is now calling for marketing and media executives to share their knowledge. Video entries can be submitted at theafrknowledgeproject.com.au.