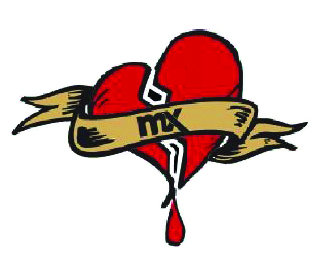 February 2001 marked the launch of two free commuter daily newspapers in Melbourne. Fairfax Media’s Melbourne Express and News Corp’s mX were both fighting to tap into the minds of young Melburnians.

Despite distribution at different times of the day – Melbourne Express in the morning and mX during the evening peak time – “two papers was too many”, the ABC reported when Melbourne Express ceased publication on 7 September 2001.

But it was a different story for the mX, which increased its reach by expanding its operations to Sydney in 2005 and Brisbane in 2007. The masthead lived for 14 years until it ceased publication on Friday, 12 June 2015.

“It’s a bittersweet day for us but it’s a celebration rather than doom and gloom,” mX editor-in-chief Craig Herbert told Mediaweek before the last edition was sent to the printers.

The last issue of the News Corp daily was a celebratory edition of all that mX had achieved over the years – it looked at political events, entertainment headlines, the best front covers and sports moments and personalities. Most importantly, it celebrated the interaction it had built with the readers over the years through its popular interactive sections including Here’s Looking At You, Overheard and Lost in Love.

The cover of the 28-page farewell edition was dedicated to the mX staffers across the eastern seaboard, with the Melbourne team featuring more prominently than the other two.

The last edition dedicated a spread to showcase some of the love it received from the readers accompanied by a drawing of a broken heart with a drop of blood dripping from it, which is bandaged by a brown ribbon with mX written on it in black print.

The last issue noted the “Obama moment … and the good riddance to his predecessor George W. Bush” as one the most notable political events that the mX had lived through. The paper also remembered some famous deaths in the past fourteen years including Australian actor Heath Ledger in 2008 and pop icon Michael Jackson in 2009. The deaths of Libyan dictator Muammar Gaddafi and the most-wanted terrorist at the time, Osama Bin Laden, were also covered.

mX definitely achieved its aim to “provide a witty take on news, gossip and sports of the day” when Bin Laden was killed in May 2011, running the headline “Lived like a hermit, died like a chicken”.

In true mX style, an article in the paper compared its birth and growth to the rise of Taylor Swift’s music career – marking 2001, the year when Swift wrote her first song, with the headline “We knew Taylor was our double when she walked in”. The article described the masthead as News Corp’s “most ‘lefty’ paper to date” that wasn’t “afraid to be a dick”.

“[Our readers’ reaction] has been
overwhelmingly positive,
flooding in via Twitter and our talk pages.”

mX broke the news of its closure via a letter written by Herbert published on the front page of the paper on May 29, just months after it redesigned the paper and its mobile app.

The letter in part read: “It’s been a frantic journey for all who have had the privilege to work for mX over the years, and every single member of the mX family is gutted by the decision to pull down the curtain.”

Herbert told Mediaweek, “It’s probably a sense of loss for a lot of our readers. [The readers’ reaction] has been overwhelmingly positive, almost 100% positive, flooding in via Twitter and our channels through our talk pages. It’s been volumes of encouragement.

“A lot of the comments we’ve received from the readers has been ‘What am I going to do now on my commute home from the city?’ mX has provided that buffer from the outside.”

The increase in uptake and exposure to digital played a major role in the demise of mX. Herbert said: “There’s obviously been a push over the exposure of digital devices, tablets and phones… There are a lot of distractions these days.”

Asked where the readers will go after the paper’s closure, Herbert pointed towards another News Corp property: “I would say news.com.au [aims for a] similar sort of demographic in its style.”

In its last week, mX launched a selfies campaign, urging its readers to take a selfie with their favourite distributors who handed out the papers. The final edition dedicated a page to thank these “unsung heroes” of the mX team.

“A lot of people go to the same sampler over the years… A lot of people recognise the person handing out the paper and would pause to say hello. I think it’s a great honour [in] some small way to acknowledge them,” he continued.

Despite the sudden decision from News Corp to close down the paper, the team behind the title soldiered on to produce quality work for the readers in its last days, Herbert said.

“I can’t speak highly enough of the big embrace and the way the people have gone about their work in the two weeks,” he said. “It’s been massive.”

When Mediaweek questioned Herbert on his next venture, on the day of the final edition, and if he would remain with News Corp, he replied: “Certainly until the end of today.

“It’s been a whirlwind, the two weeks, and a lot of my time has been [spent] working on the edition every day. And, to be honest I am not 100% sure about what I am up to next. I’ve been with the company for many, many years and have a great association with [it]. I am trying to work out what I might do next.”

mX won two awards at the 2014 International News Media Association Awards for ‘Best New Mobile App or Website’ and ‘Best Idea to Grow Digital Audience or Engagement.’ It was the only Australian media brand to win in two categories. 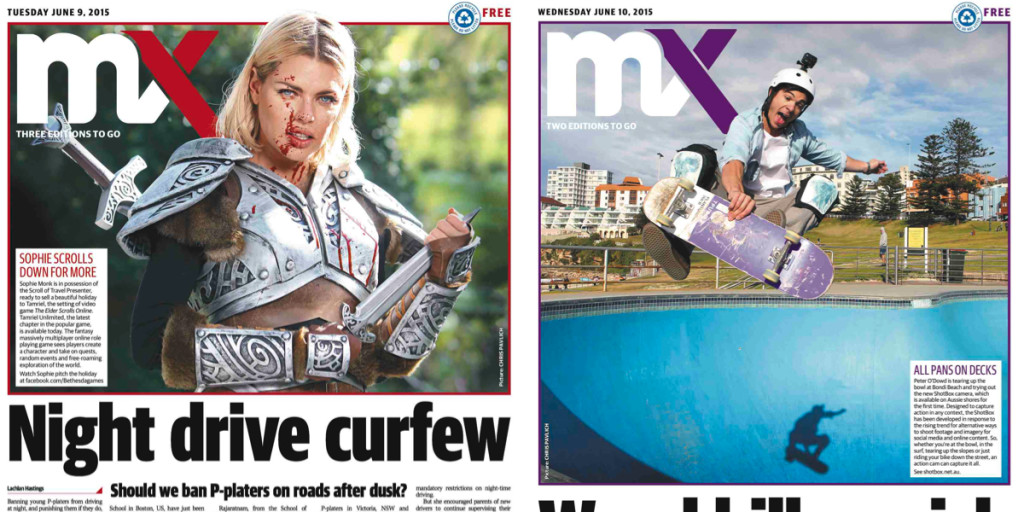